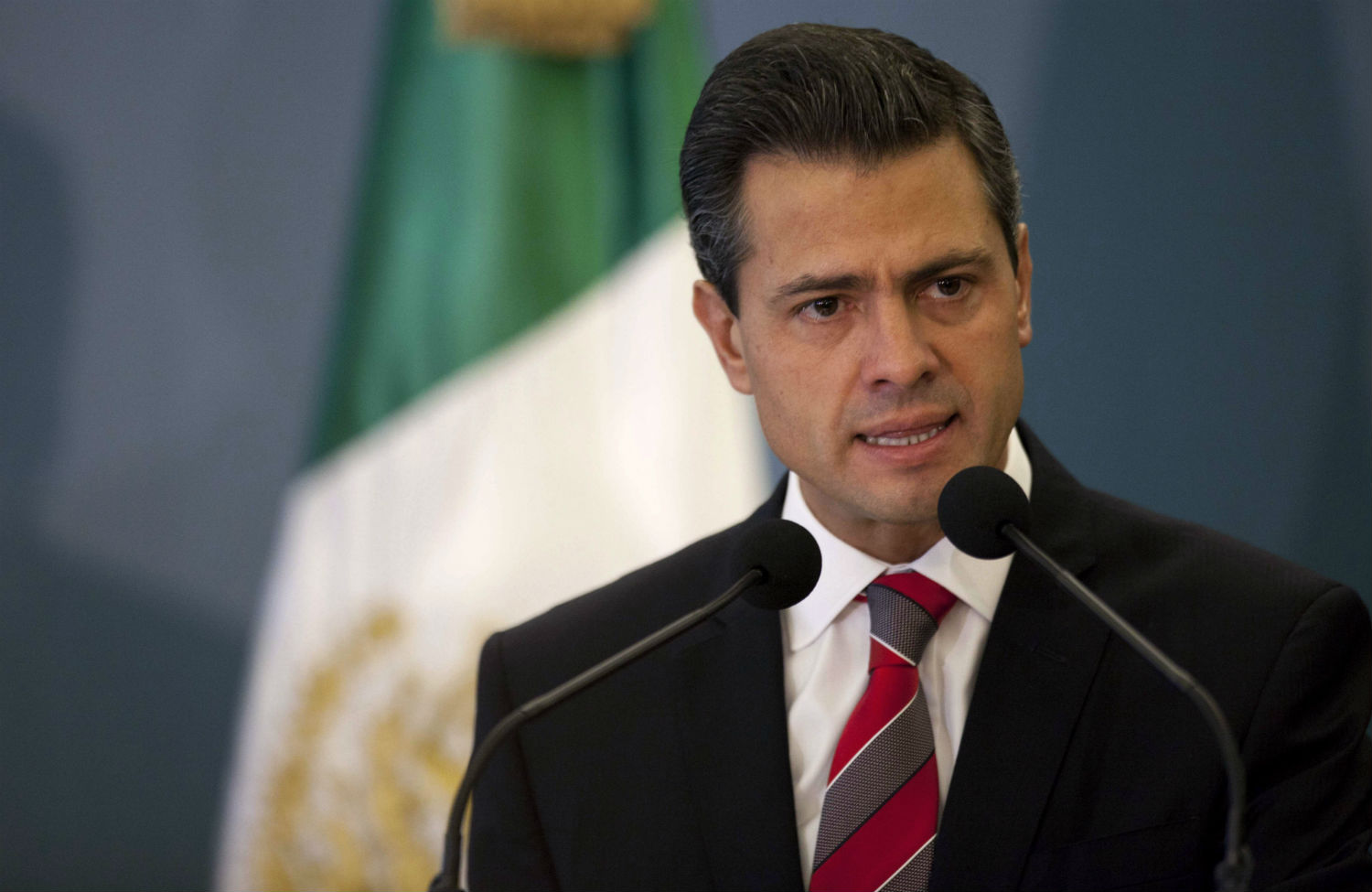 It is a little over three months since the disappearance—on September 26—of the forty-three Mexican student-activists in the state of Guerrero, and Mexico’s president, Enrique Peña Nieto, is visiting Washington. It’s unclear if he was summoned or if he is here supplicating on his own. The agenda is murky, and his meeting with Barack Obama, scheduled for tomorrow, Tuesday, is sure to get upstaged by the swearing-in of the Republican majority in the House and Senate.

In any case, Peña Nieto is in trouble at home. He was caught golfing on the day of the third-month anniversary of the disappearances, criticized for putting out a promotional video that put a happy face on the crime, “showing images of protests and violence transforming into images of progress and happiness,” and is embroiled in a corruption scandal that threatens to muck up his efforts to privatize Mexico’s oil industry, which in turn is scaring the bond and credit-default markets. “This scandal represents a major risk to the country’s positive trajectory, given how close the allegations are coming to Pena Nieto,” a Eurasia Group analyst says.

And Peña Nieto’s alibi regarding the disappearance of the forty-three seems to be unraveling.

Peña Nieto, mostly through Mexico’s Attorney General Jesus Murillo Karam, has tried to portray the crime as a consequence of Mexico’s “weak state,” that catch-all excuse borrowed from social science that never sees the problem as an active condition of neoliberalism and empire but rather as a consequence of not enough neoliberalism and empire. In the case of the forty-three, it means pinning the crime on local corrupt politicians, municipal police and regional drug gangs.

But according to an investigation last month by Proceso, federal police were involved in the disappearance. The missing students were actually on their way to Mexico City to attend a protest on October 2 and they were intercepted not by local police but by federal police. Two Berkeley journalism fellows, Steve Fisher and Anabel Hernández (a published investigative reporter from Mexico), helped with the investigation:

In order to reconstruct what happened on that tragic night in September, Fisher and Hernandez obtained documents and cellphone videos shot by students during the attack. The two reporters traveled to Iguala to conduct several interviews. “What we found through thousands of pages of documents that we went through was that the federal police were the ones who followed the students for hours and then took part in the attack,” Fisher said.

This directly contradicts statements made by Peña Nieto and Karam. “Nothing was an accident that night,” Hernández says. “The government knew exactly what was happening.”

In describing tomorrow’s meeting, the White House has avoided mentioning the forty-three. “The two leaders will highlight the importance of expanding dialogue and cooperation between the United States and Mexico on economic, security and social issues,” the White House says. What is surely on the agenda is the Trans-Pacific Partnership, that profoundly anti-democratic trade treaty which, it seems, both Obama and Peña Nieto are betting will help them rebound politically.

As Christy Thornton points out, Washington underwrites a good deal of Mexico’s security forces—both the military and police (at every level)—through the Merida Initiative. Fifteen percent of that aid is “conditioned” on meeting human rights certification. But Obama already said he won’t push Peña Nieto on the issue.

In an interview given on December 9 to Telemundo, Obama repeated the “weak state” line, arguing that the solution is to “build on the progress that’s been made”:

Obama: Well, I think that—the federal government—and I know President Peña Nieto—who I spoke to recently when I was in Australia with him—recognizes the outrageous—tragedy that this represents. And, you know, this is a chronic problem of narco-traffickers, in some cases, taking over entire towns or entire regions… . But—M—Mexico’s a partner—for us and we’ve gotta make sure that we strengthen the criminal justice system, the investigative capacities—not just at the federal level. But I think working with Mexico to see if we can push those down to the g—governor’s level and municipal levels. Because this does affect us. You know, Mexico is—is our friend and our neighbor. We want them to thrive. Gruesome—you know, reports of the—of the sort you just described—you know, have no place in—in civilized society.

Obama: I think—the best thing we can do is to be a good partner and to build on the progress that’s been made—in doin’ things the right way.

Hard to know here how progress is being defined, with more than 100,000 executed since 2006 and “the open cases of an incredible 22,000 other people disappeared since 2006.” And here’s a report by Judith Matloff on the six women who are murdered every day in Mexico, with a 1.6 percent conviction rate.

This morning, Christy Thornton interviewed Laura Carlsen and Steve Fisher (the Berkeley fellow mentioned above) on what to expect on the visit, on her excellent Morning Show on WBAI (which is on every Monday 6 am to 8 am). Here’s the audio.