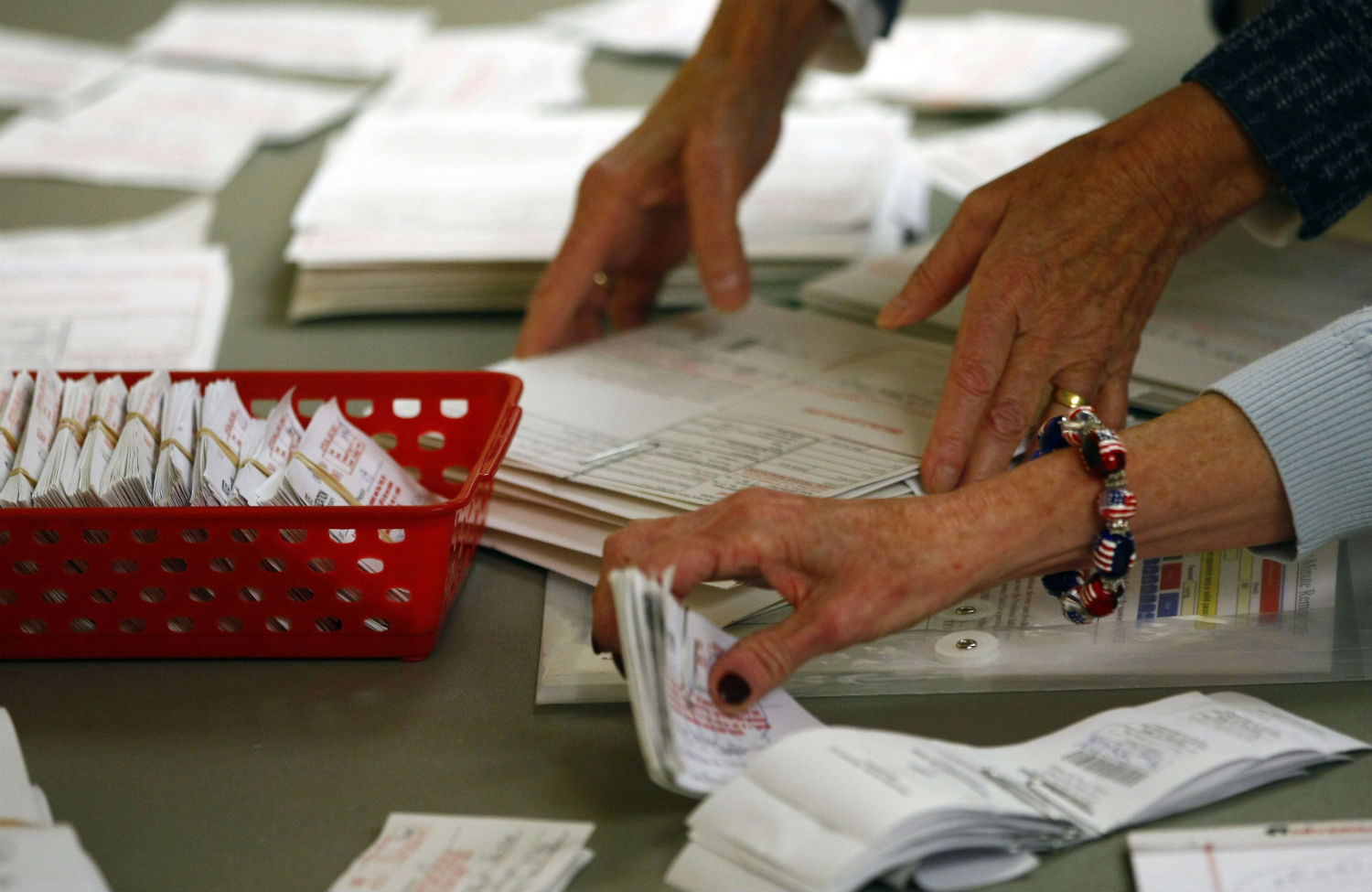 A federal judge in Winston-Salem today set the schedule for a trial challenging North Carolina’s sweeping new voter restrictions. There will be a hearing on whether to grant a preliminary injunction in July 2014 and a full trial a year later, in July 2015.

This gives the plaintiffs challenging the law, which includes the Department of Justice, the ACLU and the North Carolina NAACP, a chance to block the bill’s worst provisions before the 2014 election. Earlier this year, in July 2013, the North Carolina legislature passed the country’s worst voter suppression law, which included strict voter ID to cast a ballot, cuts to early voting, the elimination of same-day voter registration, the repeal of public financing of judicial elections and many more harsh and unnecessary anti-voting measures.

These restrictions will impact millions of voters in the state across all races and demographic groups: in 2012, for example, 2.5 million North Carolinians voted early, 152,000 used same-day voter registration, 138,000 voters lacked government-issued ID and 7,500 people cast an out-of-precinct provisional ballot. These four provisions alone will negatively affect nearly 3 million people who voted in 2012.

Ironically, it took the North Carolina legislature less than a month to approve the law, but it will take a year before an initial hearing on it and two years before a full trial. That’s because in June 2013 the Supreme Court invalidated Section 4 of the Voting Rights Act, which meant that previously covered states like North Carolina, with the worst history of voting discrimination, no longer had to clear their voting changes with the federal government.

North Carolina passed its new restrictions a month after the SCOTUS decision, making the legislation as draconian as possible because it no longer needed federal approval. The state is crystal-clear evidence of why SCOTUS was wrong to gut the VRA and to treat voting discrimination as a thing of the past. It also shows why Section 2 of the VRA is no substitute for Section 5.

Under Section 5 of the VRA—which SCOTUS paralyzed by invalidating the states covered under Section 4—North Carolina would have had to prove to the Justice Department or a three-judge court in Washington that its new law was not discriminatory. The burden of proof would have been on the state and the law would have been frozen until DOJ or the courts weighed in. Given the clear evidence of disparate racial impact in this case—African-Americans are 23 percent of registered voters in the state, but made up 29 percent of early voters in 2012, 34 percent of those without state-issued ID and 41 percent of those who used same-day registration—the law would have almost certainly been rejected.

Instead, voting rights groups had to sue North Carolina under Section 2 of the VRA, which applies nationwide but is much more cumbersome than Section 5. Now the burden of proof is on the plaintiffs to show evidence of discrimination and the law is in effect until the courts block it. Unless a federal judge in Winston-Salem grants a preliminary injunction in the summer of 2014, the new restrictions will be in place during the 2014 midterm elections (except for voter ID, which goes into effect in 2016). Those who have been discriminated against will have no recourse until after the election has been decided, when there’s a full trial in 2015, on the fiftieth anniversary of the VRA. (A challenge to Texas’s voter ID law under Section 2 of the VRA will go to trial in September 2014.)

The Dallas Morning News reported this week that legislation to strengthen the VRA following the Supreme Court’s decision is stalled in Congress because the GOP leadership has yet to support it. The fight over voting rights in North Carolina vividly demonstrates why Congress should update the VRA.