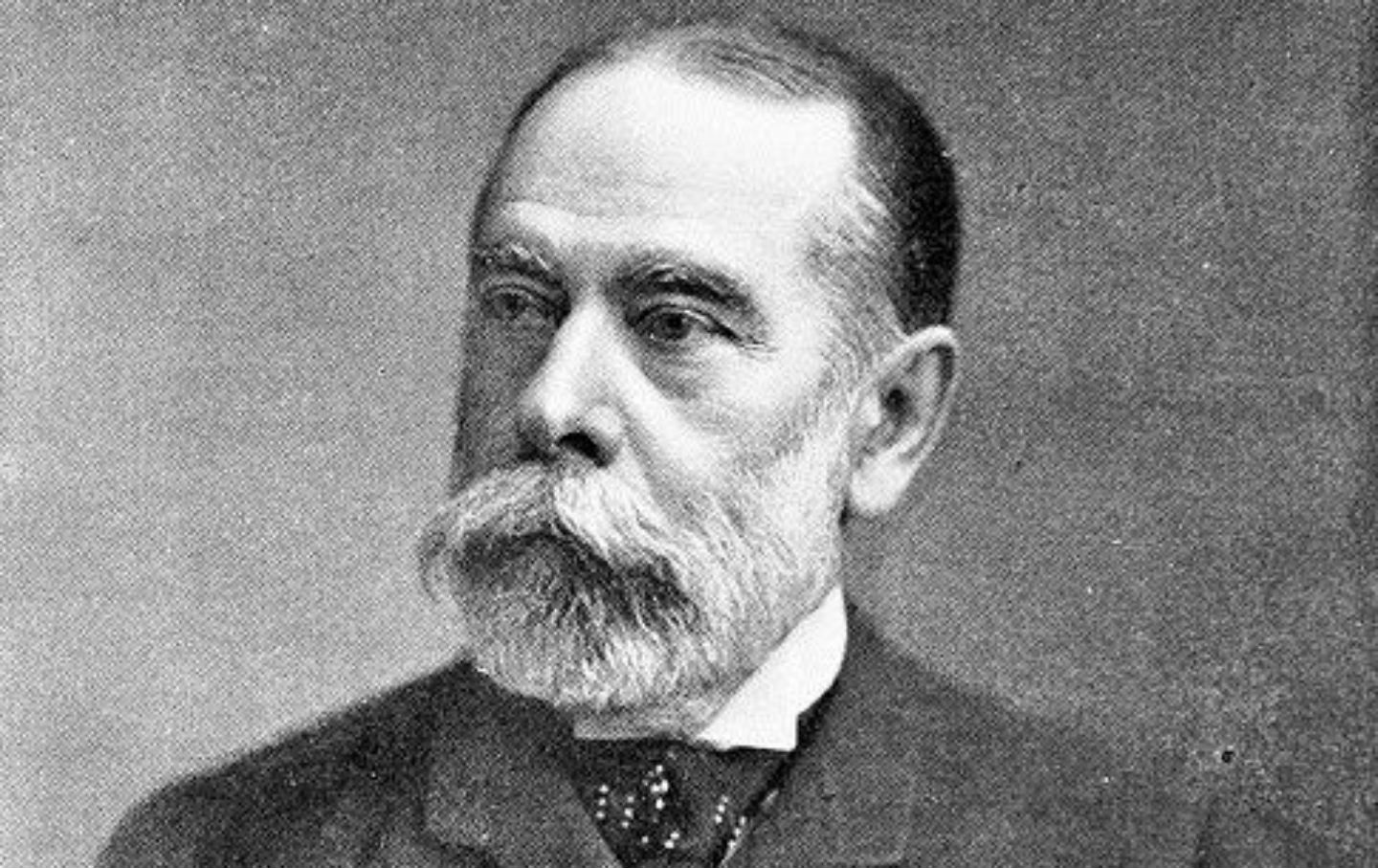 An anniversary issue is an odd beast, designed both to pay tribute to the past and to embody a magazine’s conception of its own identity in the present. Complicating the task, the primary resource that magazines can ordinarily draw on to bridge the divide between past and present—institutional memory—often isn’t much available when needed the most. When each anniversary rolls around, the crew on hand at the time has to more or less reinvent the wheel.

The pejorative connotation of that phrase drops away, however, when one peruses the anniversary issues that successive staffs of The Nation have produced in the last 150 years. Together they comprise a record of renewal and reinvention that is nothing less than the identity of the magazine itself, not at any one arbitrary moment but aggregated through time, presenting a compendium of vistas on the American scene.

Over the next two weeks, as The Nation’s almost comically massive and dense 150th anniversary issue rolls off the presses, Back Issues will take a peek into each anniversary issue The Nation has published. As always, subscribers can access the magazine’s full archives at www.thenation.com/archive.

Today, we cheat a little: the issue of June 25, 1885, was not entirely devoted to the twentieth anniversary of the magazine—more urgent, apparently, to report Henry Ward Beecher’s moderation of his previously strong position on “the tobacco question”—but the first editorial was devoted to an examination of what The Nation had gotten right and what it had gotten… really right since its founding twenty years earlier.

In “Twenty Years Later” (June 25, 1885), founding editor E.L. Godkin had to defend a difficult legacy: created by its abolitionists backers with the explicit mission of continuing the abolitionist cause in the age of emancipation and reconstruction, The Nation soon abandoned the effort and became the house organ of the Eastern political establishment, turning against any form of federal assistance to blacks in the South and against any political activity among the working classes more generally.

How would Godkin explain it?

With the present number the Nation completes the twentieth year of its existence. It was started in July, 1865, when the last shots of the civil war were still ringing in men’s ears, when the work of reconstruction at the South was only just beginning, and when the whole administration of the Government was still marked by the disorders and anomalies of military necessity.

With that last phrase, Godkin’s strategy comes into focus: the Radical Republican rah-rah of the early days after the Civil War was not the result of morality or even politics, but simply of what was required at the end of a war. That’s a far cry from the prediction in The Nation’s first issue that the end of the Civil War marked the beginning of the end of “the conflict of ages, the great strife between the few and the many, between privilege and equality, between law and power, between opinion and the sword.”

In the summer of 1865, Godkin continued, “the habit of political discussion” was “reviving but slowly.” There was much to figure out:

Topics for discussion in such a weekly journal as it was proposed to make the Nation, were abundant enough. Whether a sufficient audience could be found willing to hear them discussed from an independent standpoint, was a question about which there was much difference of opinion. But it is no harm to say, at this distance of time, that nobody connected with the press, who was consulted about it, thought such a project likely to succeed; and most of those who were generally considered qualified judges, were certain of its failure within a year.

Some of the original readers were still around, Godkin noted, while many of its current readers, as of his writing in 1885, “were children when the Nation was started.” Others—many others—over the years had cancelled their subscriptions, because “while sharing its opinions on most questions,” they had found “its opinions on some too unpalatable for continued reading, and have dropped it.” Godkin gripes:

There is nothing more curious in newspaper history than this readiness of subscribers to close their ears on all subjects, even to a journal which they have trusted for years, because on some one subject it happens to run counter to their convictions or prejudices. It is only to an editor that people say that failure to agree with them on a single question deprives what he says on any question of all value.

Then Godkin attempted to counter a criticism the magazine faces to this day:

It used to be a not uncommon criticism on the conduct of the Nation that the paper denounced evils without suggesting a remedy. In numerous cases, however, the utterers of this complaint have been challenged to produce from its files an example of this sort of denunciation, but have never responded. It is safe to say that its columns since 1865 may be searched in vain for the exposure of an abuse, unaccompanied by the suggestion of a cure, except of course in cases where the cure is obvious. When a journal denounces lying, for instance, there is no need to mention truth-telling as a specific.

And finally he predicted that institutional memory would gradually wither as everyone acquainted with the magazine in its early days joined “the majority,” i.e., the deceased.

In twenty years more there will probably be but few, if any, left of those who took part in its formation or helped it on its way, but it is not too much to say that they will carry with them from this world the credit of having, through its columns, done something to hasten the coming of the better time, the reign of sweeter manners and purer laws.

In our next post, we’ll look at The Nation’s fiftieth anniversary issue, from 1915, which included a brief memoir by one writer who took part in its formation, at least in the sense that at a mere 22 years old he (and also his father) had had an essay in its first issue. In 1915, just a year before he joined “the majority” himself, Henry James looked back on the “fairies” that had attended The Nation’s birth.