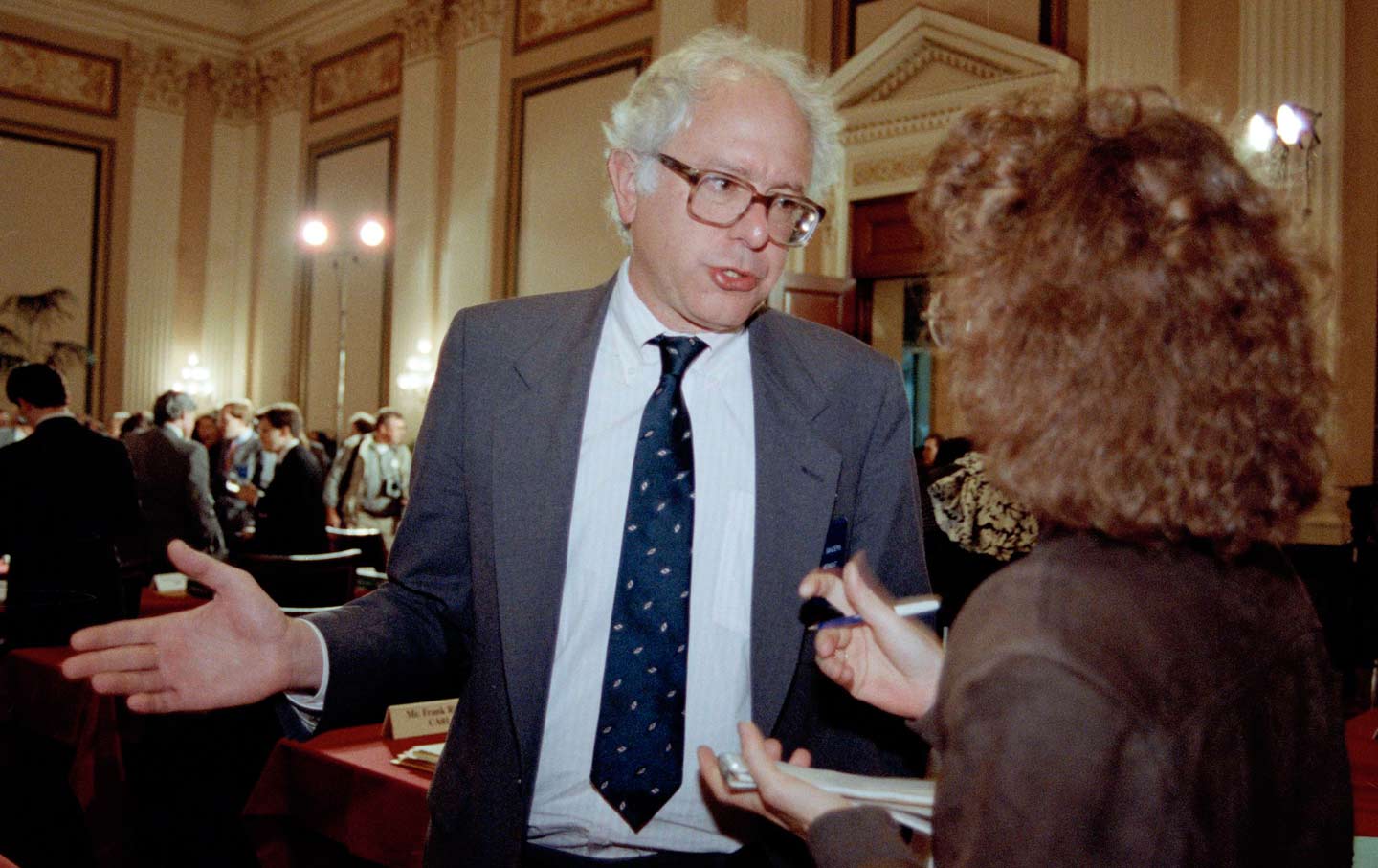 The American people are hurting. As a result of the greed, recklessness and illegal behavior on Wall Street, millions of Americans have lost their jobs, homes, life savings and their ability to get a higher education. Today, some 22 percent of our children live in poverty, and millions more have become dependent on food stamps for their food.

And while the Great Wall Street Recession has devastated the middle class, the truth is that working families have been experiencing a decline for decades. During the Bush years alone, from 2000-2008, median family income dropped by nearly $2,200 and millions lost their health insurance. Today, because of stagnating wages and higher costs for basic necessities, the average two-wage-earner family has less disposable income than a one-wage-earner family did a generation ago. The average American today is underpaid, overworked and stressed out as to what the future will bring for his or her children. For many, the American dream has become a nightmare.

But, not everybody is hurting. While the middle class disappears and poverty increases the wealthiest people in our country are not only doing extremely well, they are using their wealth and political power to protect and expand their very privileged status at the expense of everyone else. This upper-crust of extremely wealthy families are hell-bent on destroying the democratic vision of a strong middle-class which has made the United States the envy of the world. In its place they are determined to create an oligarchy in which a small number of families control the economic and political life of our country.

The 400 richest families in America, who saw their wealth increase by some $400 billion during the Bush years, have now accumulated $1.27 trillion in wealth. Four hundred families! During the last fifteen years, while these enormously rich people became much richer their effective tax rates were slashed almost in half. While the highest-paid 400 Americans had an average income of $345 million in 2007, as a result of Bush tax policy they now pay an effective tax rate of 16.6 percent, the lowest on record.

Last year, the top twenty-five hedge fund managers made a combined $25 billion but because of tax policy their lobbyists helped write, they pay a lower effective tax rate than many teachers, nurses and police officers. As a result of tax havens in the Cayman Islands, Bermuda and elsewhere, the wealthy and large corporations are evading some $100 billion a year in U.S. taxes. Warren Buffett, one of the richest people on earth, has often commented that he pays a lower effective tax rate than his secretary.

But it’s not just wealthy individuals who grotesquely manipulate the system for their benefit. It’s the multinational corporations they own and control. In 2009, Exxon Mobil, the most profitable corporation in history made $19 billion in profits and not only paid no federal income tax—they actually received a $156 million refund from the government. In 2005, one out of every four large corporations in the United States paid no federal income taxes while earning $1.1 trillion in revenue.

But, perhaps the most outrageous tax break given to multi-millionaires and billionaires happened this January when the estate tax, established in 1916, was repealed for one year as a result of President Bush’s 2001 tax legislation. This tax applies only to the wealthiest three-tenths of 1 percent of our population. This is what Teddy Roosevelt, a leading proponent of the estate tax, said in 1910. “The absence of effective state, and, especially, national restraint upon unfair money-getting has tended to create a small class of enormously wealthy and economically powerful men, whose chief object is to hold and increase their power. The prime need is to change the conditions which enable these men to accumulate power which is not for the general welfare that they should hold or exercise.… Therefore, I believe in a…graduated inheritance tax on big fortunes, properly safeguarded against evasion and increasing rapidly in amount with the size of the estate.” And that’s what we’ve had for the last ninety-five years—until 2010.

Today, not content with huge tax breaks on their income; not content with massive corporate tax loopholes; not content with trade laws enabling them to outsource the jobs of millions of American workers to low-wage countries and not content with tax havens around the world, the ruling elite and their lobbyists are working feverishly to either eliminate the estate tax or substantially lower it. If they are successful at wiping out the estate tax, as they came close to doing in 2006 with every Republican but two voting to do, it would increase the national debt by over $1 trillion during a ten-year period. At a time when we already have a $13 trillion debt, enormous unmet needs and the highest level of wealth inequality in the industrialized world, it is simply obscene to provide more tax breaks to multi-millionaires and billionaires.

That is why I have introduced the Responsible Estate Tax Act (S.3533). This legislation would raise $318 billion over the next decade by establishing a graduated inheritance tax on estates over $3.5 million retroactive to this year. This bill ensures that the wealthiest 0.3 percent of Americans pays their fair share of estate taxes, while making sure that 99.7 percent of Americans never have to pay a dime when they lose a loved one. It also makes certain that the overwhelming majority of family farmers and small businesses never have to pay an estate tax.

This legislation must be passed because, with a $13 trillion national debt and huge unmet needs, we cannot afford more tax breaks for millionaire and billionaire families. But even more importantly, it must be passed because the United States must not become an oligarchy in which a handful of wealthy and powerful families control the destiny of our nation. Too many people, from the inception of this country, have struggled and died to maintain our democratic vision. We owe it to them and to our children to maintain it.