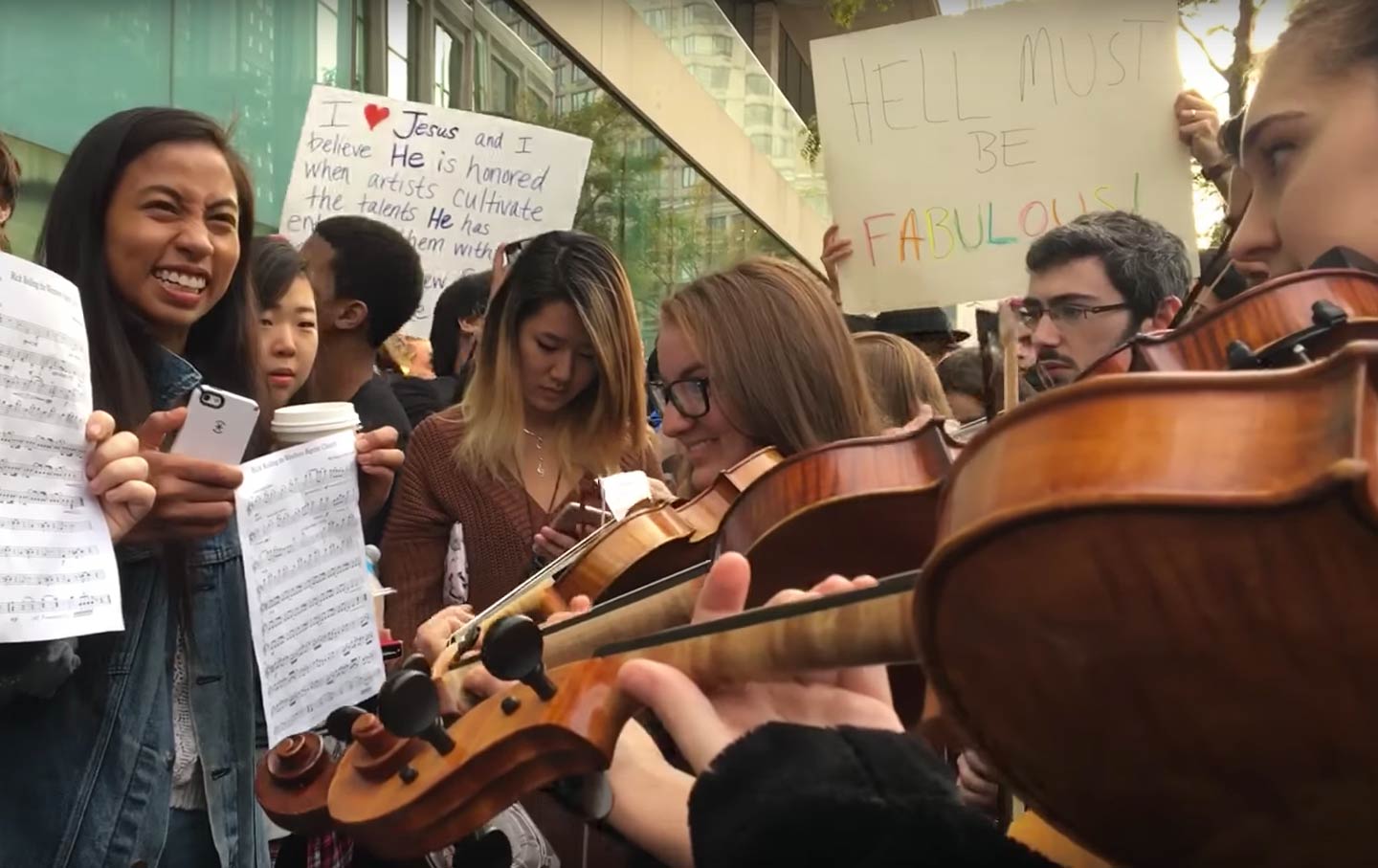 Three members of the infamous Kansas-based Westboro Baptist Church protested yesterday morning outside of the Juilliard School and LaGuardia High School in New York City. Largely known for its demonstrations at military funerals and routine hate speech, the group was protesting what it condemns as “the vanity called ‘The Arts.’”

An announcement on Westboro’s website takes aim at Juilliard by quoting several bible verses and concludes: “If you had taught those children to invest 5 percent of the energy they use for the vanity called ‘The Arts’, America would not be leading the world in racing to destruction.”

Shirley Phelps Roper, daughter of the church’s founder and one of the protesters, told Playbill that her group chose Juilliard, ranked as one of the top music academies in the world, because the school’s teachers “have taught this nation proud sin. They have filled the nation with proud sodomites.”

How did the students respond when met with deplorable signs, homophobic slurs and anti-Semitic statements? By using their talents to create a joyful noise with a spirited, impromptu concert, highlighted by an original arrangement of the aptly-titled vintage tune, “God Loves Jazz.”