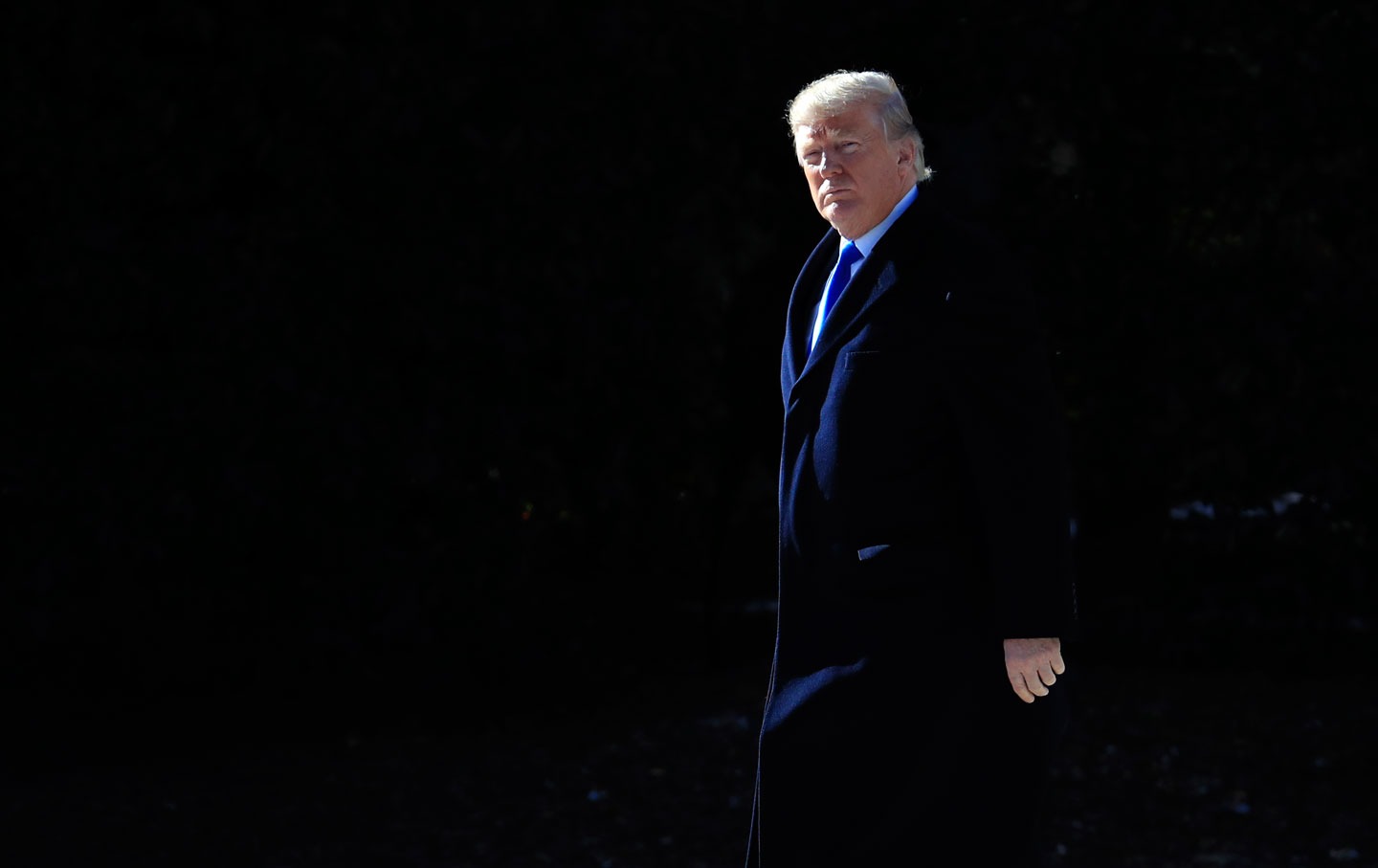 Is it just me, or was it particularly hard this week to keep all the scary Donald Trump stories and storytellers straight? While journalists were still screen-shotting shocking revelations from Michael Wolff’s then-unpublished Fire and Fury: Inside the Trump White House on social media, Wolff one-upped himself with a gossipy piece in The Hollywood Reporter about his year embedded with the Trump administration—or more specifically, commuting between the legendary Hay-Adams hotel and a West Wing couch. I found myself confusing what the book says, and what Wolff wrote in THR—and wondering why there’s a difference. But the book and the THR piece make one thing clear: Everyone around Trump knows that he’s dangerous, and no one seems to be doing a damn thing to stop him.

Then Michael Schmidt of The New York Times dropped a meticulously reported piece about Trump’s feverish efforts last year to get rid of FBI director James Comey and to prevent Attorney General Jeff Sessions from recusing himself from the investigation into Russian meddling with the 2016 election, as well as Sessions’s disturbing efforts to come up with dirt to discredit Comey even as he ultimately (correctly) recused himself. In the middle of it all we hear Trump cry: “Where’s my Roy Cohn?” Roy Cohn, the amoral hitman who began as the top aide of lying anti-communist Senator Joe McCarthy, and wound up as Trump’s mentor and fixer.

Honestly, Wolff’s whole book can’t compete with that one line.

Trump’s creepy cri de coeur should trouble those who’ve dismissed the probes into Russian meddling as “McCarthyism.” The modern Joe McCarthy lives in the White House now—a more addlepated but ultimately more dangerous McCarthy, it must be said—and it’s not yet clear who’s going to bring him down. Who will be the modern equivalent of Army chief counsel Joseph Welch, who began McCarthy’s undoing by asking: “Have you no sense of decency?”

It won’t be anyone in the existing GOP leadership. The shocking result of the Wolff book, in the short term anyway, is that Republicans are circling the wagons around Trump. Wolff’s main source appears to be Breitbart czar (at least for now) and former Trump chief strategist Steve Bannon, who’s quoted throughout Trump’s first year criticizing his boss, and particularly his boss’s children. He calls Ivanka Trump a “bitch,” says the meeting Don Jr. and Jared Kushner attended with Russian state allies was “treasonous,” and concludes, after he’s fired, that Trump has “lost it.”

Now Senate majority leader Mitch McConnell is dancing on Bannon’s grave, since Bannon made his number-one priority, after leaving the White House, to boost far-right Republican Senate candidates and topple McConnell. The veteran GOP schemer cares nothing about the devastating revelations in Wolff’s book; he cares only about his survival, which Bannon’s troubles are likely to prolong. Meanwhile, also on Thursday, we learned that House Speaker Paul Ryan has sided with deeply compromised Oversight Committee chair Devin Nunes in a Russia-related dispute with the Justice Department. These men are hopeless.

Credit where it’s due: Having just rapped Schmidt for his challenge-free Mar-a-Lago interview with Trump over the holiday, I’ve got to say his new piece could be as important as Wolff’s massive tome when it comes to hastening the end of the Trump presidency. It screams “obstruction of justice,” whether congressional GOP leaders are listening or not.

Fire and Fury screams many things, some equally damaging. But the book’s impact could be blunted by Wolff’s complicated, compromised reputation in both politics and journalism. An inveterate Hillary Clinton hater, Wolff mocked Trump’s media critics and praised the man he’s now trashing in both 2016 and early 2017. Now that we know, thanks to Janice Min, that Wolff hosted the dinner party where the late Roger Ailes (as well as Bannon himself) expressed vivid reservations about Trump’s fitness for the presidency on the eve of his inauguration, we understand both the power of the book, as well as why even Trump critics are squeamish about Wolff’s methods. (Wolff wrote this Trump-humping embarrassment, for instance, even after he hosted that Trump-thumping dinner party.) Ailes, Bannon, and Wolff himself will go down in history as the worst sorts of self-serving grifters America had to offer if or when Trump takes the country further off the rails.

The ultimate takeaway from the work of both Wolff and Schmidt is that a lot of Republicans who knew and still know better have colluded—and still collude—to cover up Trump’s unfitness for office, and perhaps his impeachable offenses as well. As we marvel or chortle or freak out over these many new revelations, let’s keep our wits about us. There is likely no serious way to respond until November 2018. Let’s focus on that.