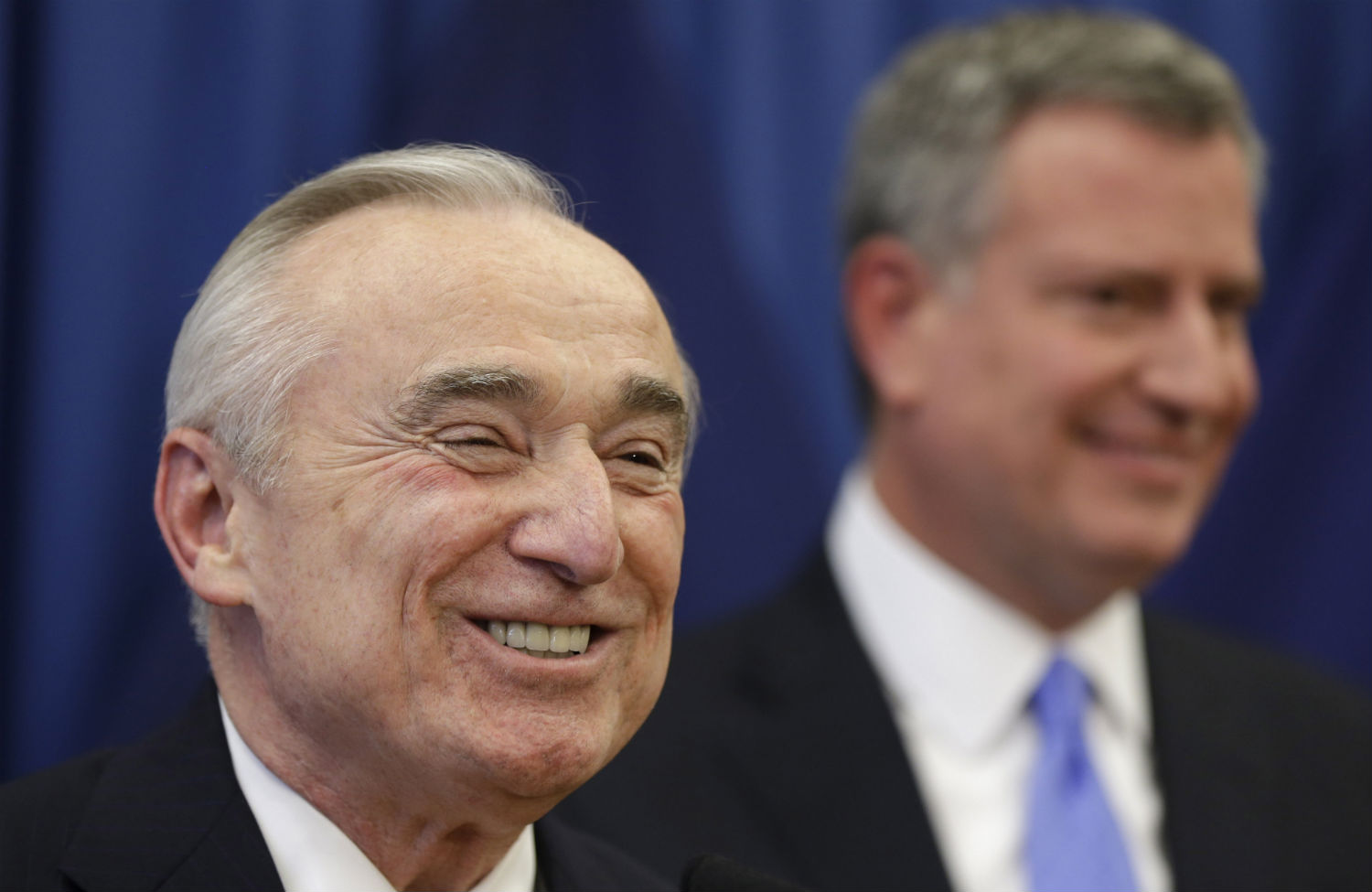 If there were any lingering fears that the election of Bill de Blasio as mayor of New York City would usher in an era of communist revolution beholden to black nationalist interests, the news from this morning should quell such concerns. From The New York Times:

Mayor-elect Bill de Blasio was expected on Thursday morning to name William J. Bratton to lead the New York Police Department, according to two people with knowledge of Mr. de Blasio’s decision.The move will return Mr. Bratton to the helm of the nation’s largest force at a time of historically low crime rates and a deepening rift between officers and the public.

After riding the wave of anti-stop-and-frisk activism to a decisive mayoral victory, it’s rather disappointing that de Blasio would tap the architect of that policy, who also spent his years as police commissioner in Los Angeles increasing its usage, to once again lead the NYPD. But it’s hardly surprising.

While he criticized outgoing commissioner Ray Kelly for the “overuse-and-abuse of stop-and-frisk,” de Blasio has stopped short of calling for an end to the policy altogether. He has been in favor a “mend, don’t end” approach, supporting the reforms as handed down by US district court judge Shira Scheindlin as a result of the Floyd v. City of New York case. His choice of Bratton for police commissioner is consistent with his previously stated positions. For the progressives who helped elect him, as predictable a move as it may have been, it’s still disappointing.

Bratton has been credited with the improvement of community relations between police and the public in LA, particularly among black and Latino communities, as well as reductions in crime. He has also voiced support for affixing police officers with cameras, a practice that could lead to a reduction in the use of force/the number complaints filed against police. But he is hardly the type of choice one makes to signal a radical shift in the way policing will be done. He is the commissioner responsible for instituting the “broken windows,” zero-tolerance style of policing that has meant more harassment of the poor/working-class and communities of color. As veteran police reporter Len Levitt put it, appointing “Bratton, [means] change within the NYPD will be that of style rather than substance.

In a statement, Joo-Hyun Kang, spokesperson for Communities United for Police Reform, said: “It’s critical that Mr. Bratton rejects policies that rely on discrimination, demonstrates a commitment to true accountability, and works to ensure the department values officers’ abilities to build respectful community partnerships based on respect for the dignity and rights of all New Yorkers rather than on discrimination-based stop, summons and arrest quotas.” These are changes to the culture of policing that I’m not quite sure someone of Bratton’s pedigree is equipped to implement.

The mayor-elect had an opportunity to signal a fundamentally new approach to the way policing would be done in NYC, but chose instead the safe and familiar, which has never benefited the communities that elected him to office. De Blasio has always been the most progressive candidate with a chance of winning, not the most progressive. His choice for the “new” police commissioner is the first action that should signal to liberals/progressives that now is not the time to rest. What got the issue of stop-and-frisk to the forefront of national consciousness and the subsequently the mayoral race was grassroots activism and organizing. The same will be required to ensure that not only are reforms to stop-and-frisk implemented but that the policy be overturned altogether in favor of community-based policing that relies on trust, not fear, to ensure that crimes that actually effect quality of life (rape, robbery, murder) are fully investigated.. That’s true no matter who occupies the office of mayor or police commissioner.

Mychal Denzel Smith explains why it doesn’t matter that race relations are “better” than they were in previous generations.