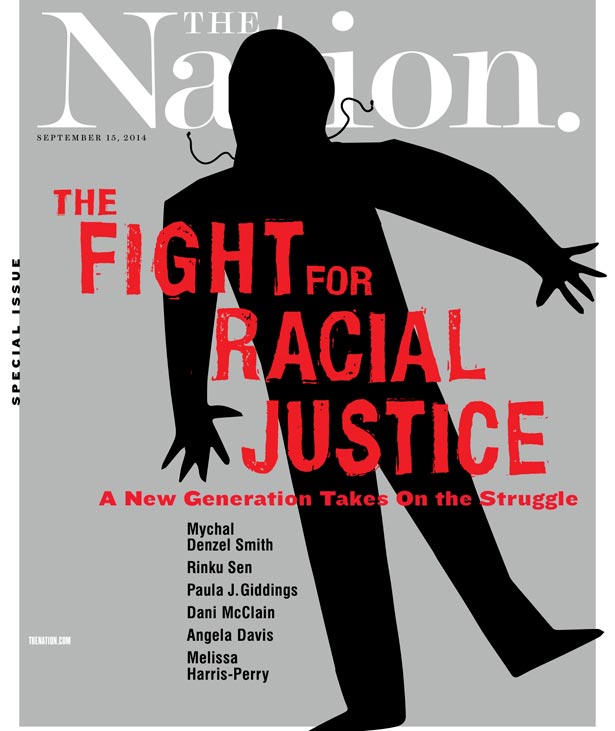 How Trayvon Martin's Death Launched a New Generation of Black Activism
A host of new groups are reviving the grassroots fight for racial equality.
by Mychal Denzel Smith

Renewing the Struggle for Racial Justice, Post-Ferguson
We must face the true causes of the chasm between White and Black America.
by The Editors

It's Time for a 21st-Century Anti-Lynching Movement
Black women have made connections between their struggles and those of black men since the 1800s.
by Paula Giddings

As People of Color, We're Not All in the Same Boat
We all have different places in the racial hierarchy. But we can still work together for justice.
by Rinku Sen

Obama's Racial Justice Initiative—For Boys Only
Black girls face daunting odds, too. Why does My Brother's Keeper neglect their struggles?
by Dani McClain

A Q&A With Angela Davis on Black Power, Feminism and the Prison-Industrial Complex
"Like Nelson Mandela, we must be willing to embrace the long walk toward freedom."
by Frank Barat

Obama Is Responsible for the Protests in Ferguson—But Not in the Way You Think
Despite his best efforts to be the embodiment of respectability, it turns out Barack Obama is a role model for resistance.
by Melissa Harris-Perry