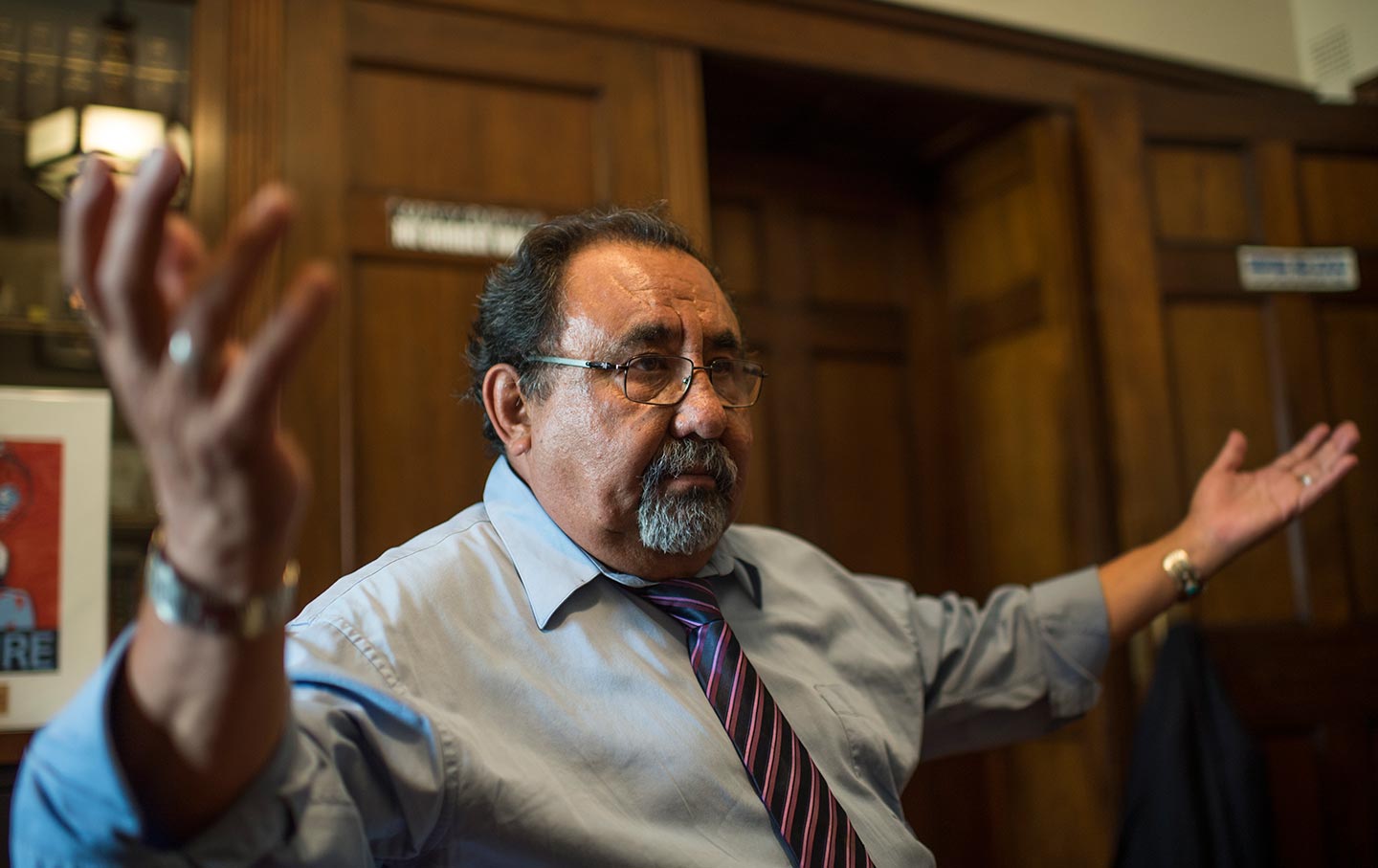 Donald Trump’s budget is a mirror of the man: brutal, callous, ignorant, and reckless. It would burden the country with greater inequality, poverty, and misery, more children at risk from illness and hunger, more elderly left abandoned. It would enshrine climate denial into law  and recommit the country to wars without end. It is also, as John Cornyn, the second-ranking Republican in the Senate, announced, “dead on arrival.”

The Republican-led Congress will no doubt discard some of the budget’s cruelties and drop some of its absurdities. But the direction, the priorities, and the values of the Republican budget will be the same as Trump’s. His signature promises—like building the wall—are funded at levels that would be a rounding error for the Pentagon. Trump isn’t an outlier for Republicans; he is their exemplar.

In fact, his budget is the budget of the congressional majority, the budget of House Speaker Paul Ryan, who parades as the party’s policy guru. Its cruelty is GOP doctrine—this is who they are and what they believe in. Republicans believe that the rich need more money and the poor need less help. They support tax cuts for corporations and cuts in services for the vulnerable. They fear that our threadbare poverty programs are in danger of offering not a hand up, but a “hammock,” in Ryan’s formulation. Republicans believe in the magic of markets. Outside of the military-industrial complex, they have neither an understanding nor an interest in the critical role of the public sector in modern economies.

Republicans can countenance eviscerating  Medicaid—which comes under combined assault in the House’s proposed health-care bill and Trump’s budget—because they ignore the scope of its programs: In any one month, Medicaid provides care for 33 million children, 27 million adults—including low-wage workers and 6 million seniors—and 10 million people with disabilities. The same holds true for climate-change denial and rolling back protections for workers, consumers, and the environment: These aren’t aberrations unique to Donald Trump, but rather long-held Republican gospel.

Nor is the best alternative framed by President Obama’s last budget. Constrained by his own predilection for austerity as well as a Republican-controlled Congress, Obama’s final budget was an uninspired document—one that also proposed hikes in military spending and projected deep and ruinous cuts in domestic programs over the next decade.

Instead, the most practical and humane direction is summarized in the “People’s Budget,” released by the Congressional Progressive Caucus. It reasserts the role of the public sector in driving growth and innovation. It revives Franklin Roosevelt’s promise of an economic bill of rights—to decent work, affordable housing, world-class public education, guaranteed health care, and retirement security. It assumes that meeting basic needs will make people more, not less, entrepreneurial, more able to take a risk, to start a business. It realizes that social deficits—poverty, unnecessary sickness and death, homelessness, environmental despoliation—are far more destructive than fiscal deficits. It understands that extreme inequality is a greater threat to our democracy than any foreign enemy, and that catastrophic climate change is a real and present danger.

The People’s Budget lays out an ambitious jobs and public-investment agenda—$2 trillion to rebuild America over 10 years, debt-free college, seeding a green industrial revolution, and more—and pays for it by a reasonable increase in taxes on the wealthy and corporations.

Trump repeatedly demonstrates the perils of having a buffoon and a bully as president. But just as threatening are the perverted priorities and assumptions of the Republican budgets—the one that Trump submitted, and the one that Republicans will eventually cobble together and pass into law. To counter that threat, getting rid of Trump is necessary but not sufficient.