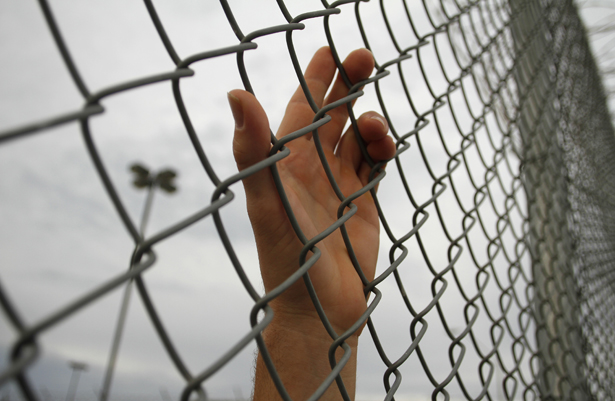 More than 100 immigrant detainees at Northwest Detention Center in Washington state entered the fifth day of a hunger strike Tuesday and have been threatened with force-feeding by prison guards, Seattle’s NPR affiliate reports.

US Immigration and Customs Enforcement’s hunger strike protocol instructs prison officials to place inmates who do not eat for seventy-two hours under medical evaluation. ICE could then seek a court order for involuntary feeding if deemed medically necessary. Approximately 130 detainees were refusing to eat as of lunch Monday.

Sandy Restrepo, a lawyer representing some of the striking inmates, told KUOW that guards have threatened to force-feed detainees with nasal tubes if they continue refusing to eat. The UN Human Rights Office has called nasal force-feeding torture under international law.

Guards have also isolated about twenty-five strike leaders, instructing them not to move. Restrepo told KUOW, Seattle’s NPR affiliate, “They all needed to be laying down. They weren’t even allowed to speak to each other.”

The strike began Friday, with 750 inmates demanding better food and treatment, as well as an increase in pay for prison jobs. They also are asking for an end to deportations, which have reached a record high under the Obama administration.