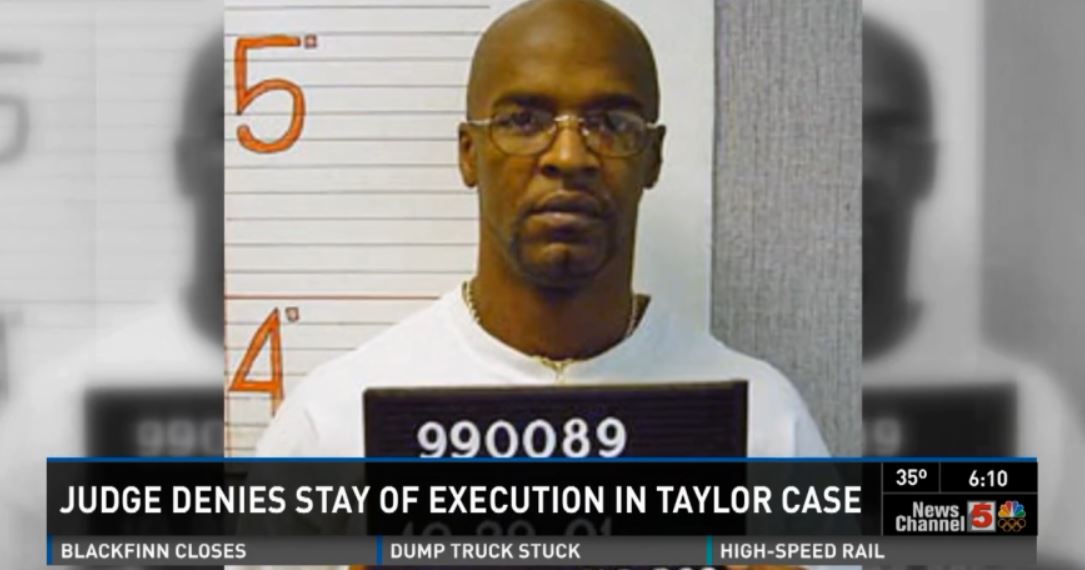 Missouri is scheduled to put a man to death early Wednesday using a lethal drug procured from an unnamed compounding pharmacy, setting up the fourth execution in the state since November, the Associated Press reports.

Michael Taylor, 47, was convicted of kidnapping, raping and murdering a 15-year-old girl in 1989. He will be executed at 12:01 am if his attorneys’ last-ditch efforts for a reprieve prove unsuccessful. Per the AP:

Taylor’s attorneys have questioned Missouri’s use of an unnamed compounding pharmacy to provide the pentobarbital for his execution. They have also raised concerns that the state executes men before appeals are complete, and claim Taylor’s original trial attorney was so overworked that she encouraged him to plead guilty to lessen her own workload.

Last week, an Oklahoma-based pharmacy agreed in a settlement to not provide pentobarbital for Taylor’s execution. As a result, the state obtained the drug from another pharmacy, but refused to give its name. Attorneys argue that hiding the supplier’s identity could cause Taylor pain, amounting to cruel and unusual punishment, since we don’t know anything about the pharmacy’s “track record.”

Missouri law protects the identity of suppliers that provide death penalty drugs to the state’s Department of Corrections. The ACLU challenged that law last year, when it was used to hide the supplier of the lethal drug propofol, Missouri’s official execution drug before the state switched to pentobarbital. Reports revealed that the state obtained propofol from an unauthorized dealer.

Tony Rothert, Legal Director for the ACLU of Missouri, said the state is probably hiding the identity of its pentobarbital supplier for the same reason.

“The reason that Missouri is trying to keep it a secret is because the state knows that it’s not being done lawfully,” Rothert told The Nation. “We don’t believe that wanting to carry out an execution is a sufficient justification for the state of Missouri to be abetting the violation of federal drug laws.”

Missouri currently has one more execution scheduled for this year. According to AP, that puts the state on track for a record number in 2014.