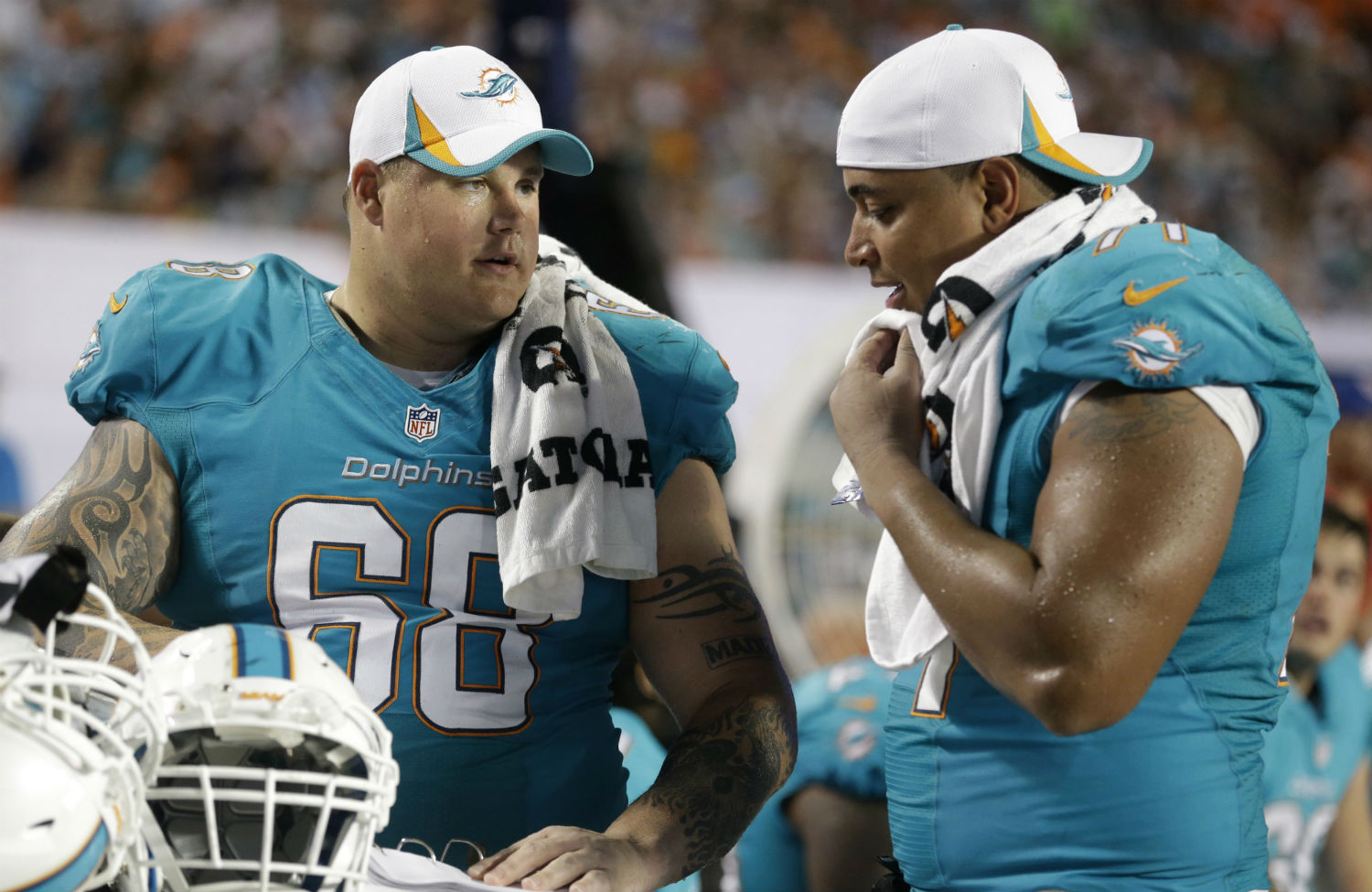 The long-awaited report from Ted Wells investigating Richie Incognito’s alleged racist and homophobic verbal assault against Jonathan Martin in the Miami Dolphins locker room is officially out. It is almost 150 pages, and after reading it, several points now are certain. We can safely remove the word “alleged” from the accusations against Incognito, and we can add “physical assault” to the list of offenses.

(Wells refers to the forced miming of male rape as “improper physical touching,” just one of the many euphemisms the investigator uses in an attempt to shine this turd to the best of his abilities.)

We also learn that this should not be referred to as the “Incognito scandal” any longer. This toxicity extended far beyond the two central players. Teammates on the offensive line, Mike Pouncey, John Jerry and even offensive line coach Jim Turner were all a part of this swirling whirlpool of hatred. We also learn that those “bullied” extend beyond Martin to a teammate on the offensive line and a racially taunted Asian-American trainer. (I have gone back and forth about even using the word “bullying” to describe what is a case of assault, pure and simple. My belief is that while I understand why some people believe the word both minimizes and masculinizes the offenses on display, I also believe that “bullying” universalizes it, and allows for empathy into what Jonathan Martin and others had to endure. Reading the report, if you were ever made to feel powerless because of someone’s ability to physically intimidate you, then you can understand Jonathan Martin’s reality.)

The entire report is one collective “trigger warning” of the vilest imaginable behavior. People can read it themselves here. They can also read the heartbreaking written messages Jonathan Martin sent his parents. Rather than rehash them, I want to comment on what was for me the part of the report I found to be both predictable and gobsmacking. Ted Wells has determined that this culture of bullying was entirely confined to the team’s offensive line and their coach Jim Turner, who is still employed by the team. We are also supposed to believe that Head Coach Joe Philbin and the front office knew nothing. An entire section of the report is even titled, “Coach Philbin and the Front Office Did Not Know About the Harassment.” This feels like every single report we ever see about corporate or government malfeasance from Iran-Contra to Abu Ghraib to baseball’s steroid era. The goal is always to protect and insulate those at the top, who are, by the way, commissioning the report. There is even a superfluous, entirely irrelevant section at the end of the report titled, “The Dolphins’ Plans To Improve the Team’s Workplace Conduct Policies Are Commendable.” After reading the previous 140 pages, I could only think, “Who gives a shit?”

I have never understood why being ignorant acts as a shield of blamelessness for those in power. If Philbin did not know what was happening, then he looks like a fool. If he did know, then he looks malicious. Philbin’s ignorance was described by one ESPN anchor as “hard to believe.” I agree. This is a case of either benign neglect or malignant intent. Either way, he should join former General Manager Jeff Ireland on the unemployment line.

The timing of this report also comes just as the NFL is attempting to show the world that it is a safe space for Michael Sam and any player who tells the world that he is gay. Instead, we get a glimpse of a locker room that seems to be steeped in racist and homophobic violence, a bigoted gay-bashers’ paradise. Every NFL player I’ve interviewed has told me that this Dolphins shit-show is an outlier. Every NFL player I’ve interviewed has told me that they have never heard the kind of invective Jonathan Martin and others were subjected to. Every NFL player I’ve interviewed has said this is utterly unique. I hope they were not just feeding me a line, playing their role, protecting “the Shield.” I hope they weren’t protecting the Shield, because it is only too obvious from this report that the only thing the Shield looks to protect is its own brand, players be damned.

At one point in the report, Ted Wells includes Jonathan Martin’s private list of pros and cons for staying in the National Football League. One reason for leaving was, “I won’t die from CTE” (brain damage). Underneath that was another reason for leaving, “Maybe I’ll start to LIKE myself.” Those two statements, to me, need to be the start of the next discussion we need to have: how the rot in this league extends far beyond Richie Incognito.