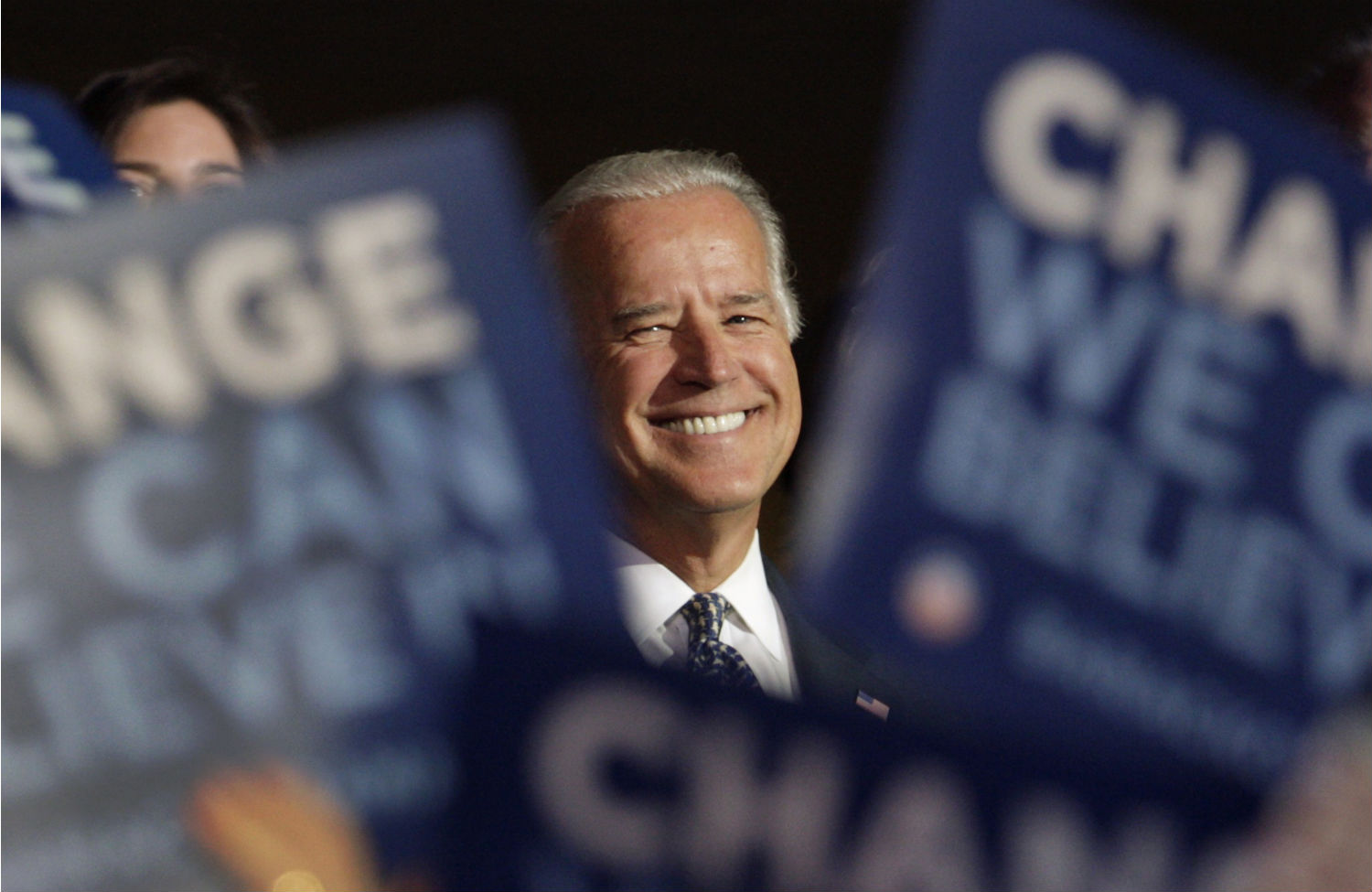 There are not enough prominent political figures, in either of this country’s two major parties, who are willing to call rich guys out.

And there are even fewer who do so with delight.

But Vice President Joe Biden would like Democrats to know that he is up to the task.

Biden earned the predictable headlines last week when he flipped the “on” switch with regard to a possible 2016 presidential run, telling CNN “There’s no obvious reason for me why I think I should not run.”

Never mind the polling that gives former Secretary of State Hillary Clinton a sixty-one-point lead in the race among the as-yet-unannounced contenders for the 2016 Democratic nomination, Biden’s laying down his marker. That doesn’t mean he will run. But Biden has read the polls that show the Democratic base is ready, very ready, for an economic populist appeal.

And he is providing it—with a bow to Pope Francis.

Speaking Wednesday at the United Auto Workers legislative conference in Washington, Biden noted that billionaire Ken Langone has been griping about Pope Francis. Fretting about the general difficulty of getting his fellow billionaires to make charitable donations, the business mogul complains that the pontiff’s talk about income inequality is “one more hurdle I hope we don’t have to deal with.”

“A couple weeks ago Ken Langone, who I don’t know, a billionaire founder of Home Depot, predicted that the pope—Pope Francis’s critique of income inequity—will be, quote, ‘a hurdle’ for very wealthy Catholic donors, who seem to think hurt feelings trump the teachings of the Bible,” the vice president recalled. “As a practicing Catholic, bless me, Father, for he has sinned.”

It wasn’t just that Biden’s observation was spot on.

It was also that too few politicians—and even fewer prospective 2016 presidential contenders—are so willing as the vice president to “go there.” That is, to make an old-fashioned populist appeal that is all but certain to be decried by the right-wing punditocracy as “class warfare.”

Biden did not stop with his defense of Pope Francis, who the vice president says “shares a vision that all of us share, to reach out to the poor and the dispossessed.”

He absolutely, unapologetically and energetically embraced the trade union movement.

“You guys are the only guys keeping the barbarians at the gates, man,” declared Biden.

Labor’s commitment to economic justice, Biden said, explains why corporate-funded conservative groups, and their legislative minions, are attacking collective-bargaining rights. “These guys on the right—they know without you there—they call every shot,” he said. For that reason, he said, they have launched “a concerted, full-throated, well-organized, well-financed, well-thought-out effort waging war on labor’s house.”

The vice president did not deny that the right has had its successes, in Indiana, Michigan, Wisconsin and other states. That, he said, is why it is necessary to “be vigilant and unrelenting in our fight to protect and expand collective bargaining.”

There is no subtlety with Biden.

But there is a subtext.

In a Democratic Party that is sick with compromisers and concessionists, the vice president is savvy enough to present himself as a happy class warrior. That doesn’t mean he’s better on the issues than Senator Elizabeth Warren or Senator Bernie Sanders or any other “dream” candidate. But if no prominent progressive populist runs, Biden is suggesting that he would be willing, make that delighted, to fill the void.