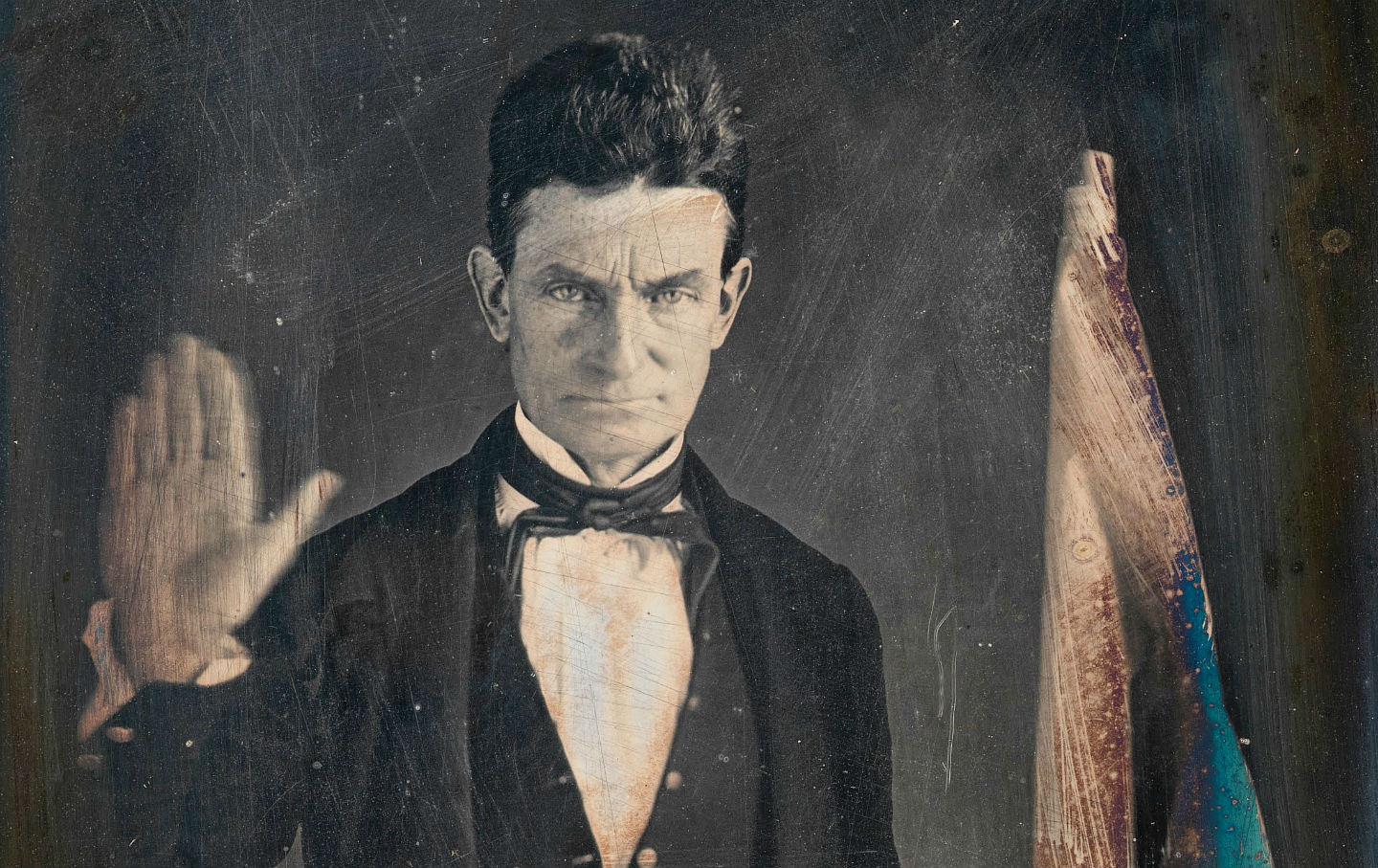 John Brown, in 1846, holding the flag for the military arm of the Underground Railroad network. (Google Art Project/Augustus Washington)

Brown’s raid on Harpers Ferry, and subsequent death by hanging, preceded the founding of The Nation by nearly six years—with a minor skirmish called the Civil War, which his efforts did much to bring about, in between—but The Nation was guided in early years by abolitionists like James Miller McKim, who had traveled to Virginia with Brown’s wife to retrieve his body. Its literary editor for over forty years was Wendell Phillips Garrison, the son of one prominent abolitionist, William Lloyd Garrison, and the namesake of another. Oswald Garrison Villard, the son of William Lloyd Garrison’s daughter, was The Nation’s editor and publisher for most of the first half of the 20th century and made the publication the bastion of left-liberalism that it is today. In 1910, Villard published a biography of John Brown, which, though sympathetic, did much to cement the standard historical view of Brown as a well-meaning but insane zealot. Robert L. Duffus, later of The New York Times, wrote this article in 1920, just over 60 years after the Harpers Ferry Raid, telling of a visit to Brown’s grave in the Adirondacks.

These mountains about his burial place may stand, not for eternal justice, but for eternal indifference, or for a supremely tragic irony. Was there a stern joy among them when Brown went out to die, or laughter, or only silence? In these latter days since we have become so wise, nothing seems certain but the silence and the indifference. Nevertheless Brown did die for what he thought was justice, and if his hills and his Bible and his God knew nothing about it and cared nothing, that may not detract from the mad perfection of his deed. For the fact remains that while other men were comfortable he, murderer, madman, and saint, did, either with the inspiration of something greater than himself or without it, lay down his life. In token of which here is his grave.