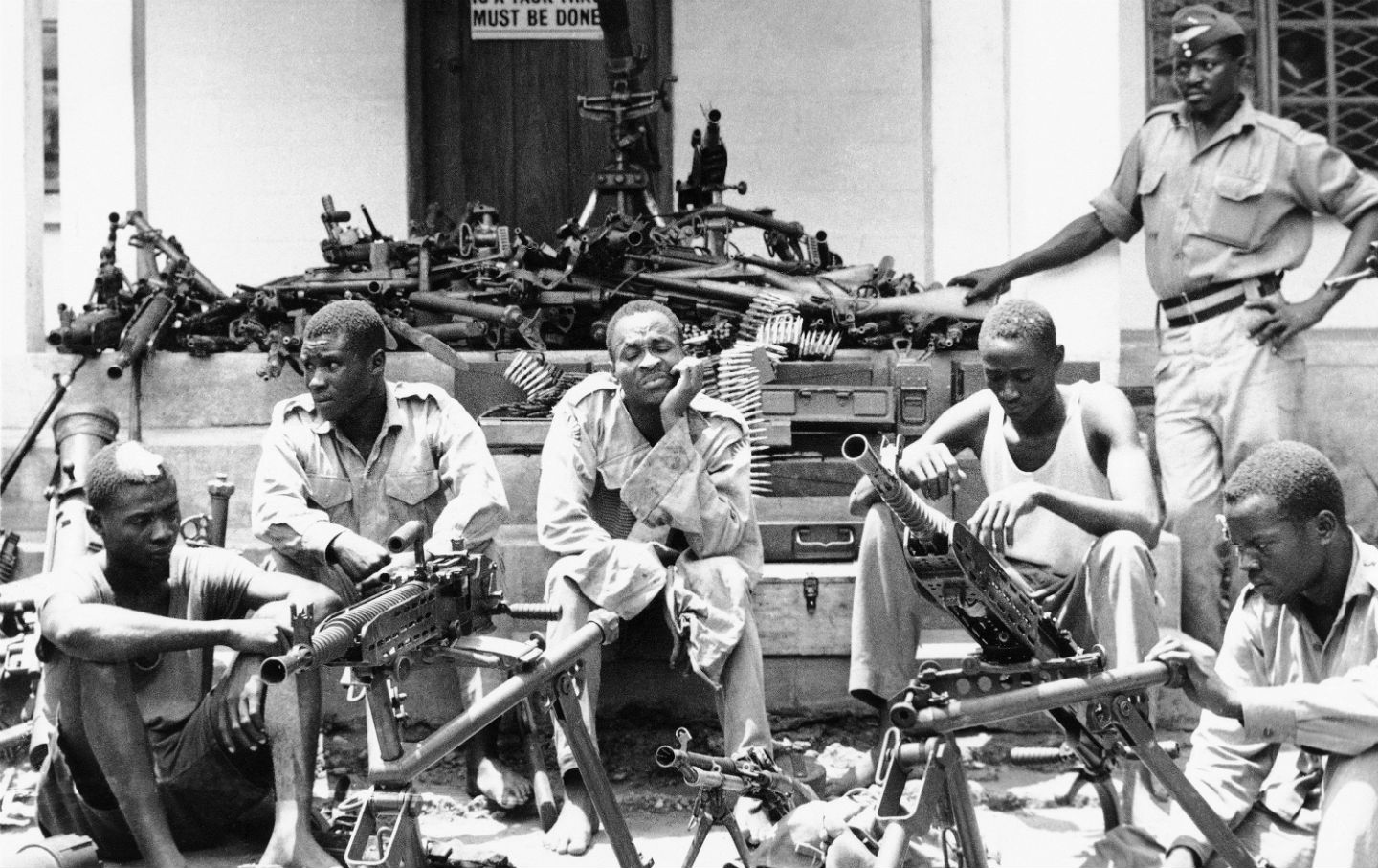 The declaration of Biafran independence set off a three-year civil war in Nigeria, which the breakaway region, dominated by Ibos, lost. The following article by then-frequent Nation contributor Stanley Meisler (the author, more recently, of a history of the United Nations and a biography of Kofi Annan), “Breakup in Nigeria” (October 9, 1967), described the psychological origins of the Biafran nationalist movement.

The Ibos like to think of themselves as the Jews of Africa. They are a hard-working, aggressive people, with a thirst for education and its rewards, a willingness to take any job anywhere if it seems to lead to something better and, perhaps most important and most unusual in Africa, an avid acceptance of new techniques and ideas. Unlike the case in most African tribes, status in traditional Ibo society depended on what a man achieved in his lifetime, not on his inherited titles, caste or wealth. In that kind of achieving society, individuals usually have freedom to try new ways to get ahead and win status. When colonialism came, the Ibos quickly accepted Christian missionaries and their schools, recognizing this new way to achieve status. Over the years, Ibos became the professionals, the foremen, the businessmen and the skilled artisans of Nigeria. This was particularly true in Northern Nigeria, so backward that it had to depend on outsiders—Ibos and Europeans—to run its railroads, its shops, its schools, its offices. Like the Jews of Harlem or the Asians of East Africa or the Chinese of Southeast Asia, the Ibos were the prominent outsiders in the economic life of the dominant population and, like the others, they were hated.