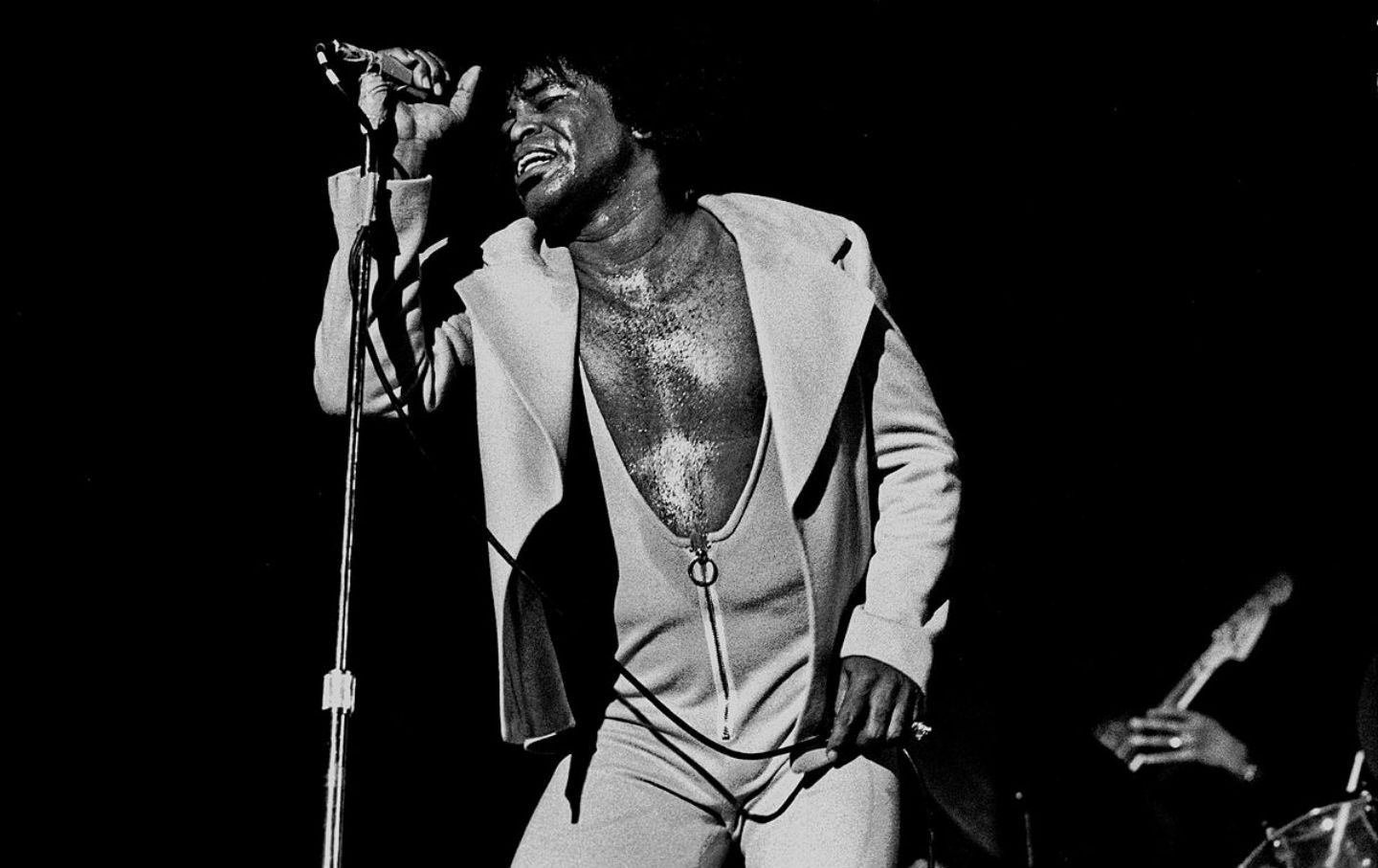 Reviewing a collection of new books by and about James Brown, as well as a multi-disc compilation of his music, in 1991, Gene Santoro—The Nation’s longtime music critic, wrote:

In many ways, his life reflects in intensified form the contradictions many African-Americans feel about this country’s promise even when they affirm the myth they’re only partially included in…So there are his hard-hitting anthems like “Say It Loud—I’m Black and I’m Proud,” his talk about payola as a method of financial redistribution between white station owners and their underpaid black deejays, the street-jive realism of his lyrics. There’s his endorsement of Nixon and hobnobbing with Reagan and Bush. There’s his ceaseless entrepreneurial drive and patriotic tunes (which caused cries of “Uncle Tom”) like “America Is My Home.” And there are his longtime friendships with the Reverends Jesse Jackson and Al Sharpton. But mostly, and most important, there’s his music, which in its insistent individualism arising from a wealth of diverse influences is very much a culmination of at least one aspect of the American Dream….

But swell packages aside, the ultimate thing about James Brown is the contradiction-healing groove. Densely filigreed, it lifts you with the easy inevitability of Freud’s oceanic feeling. It’s like a brief return to paradise.