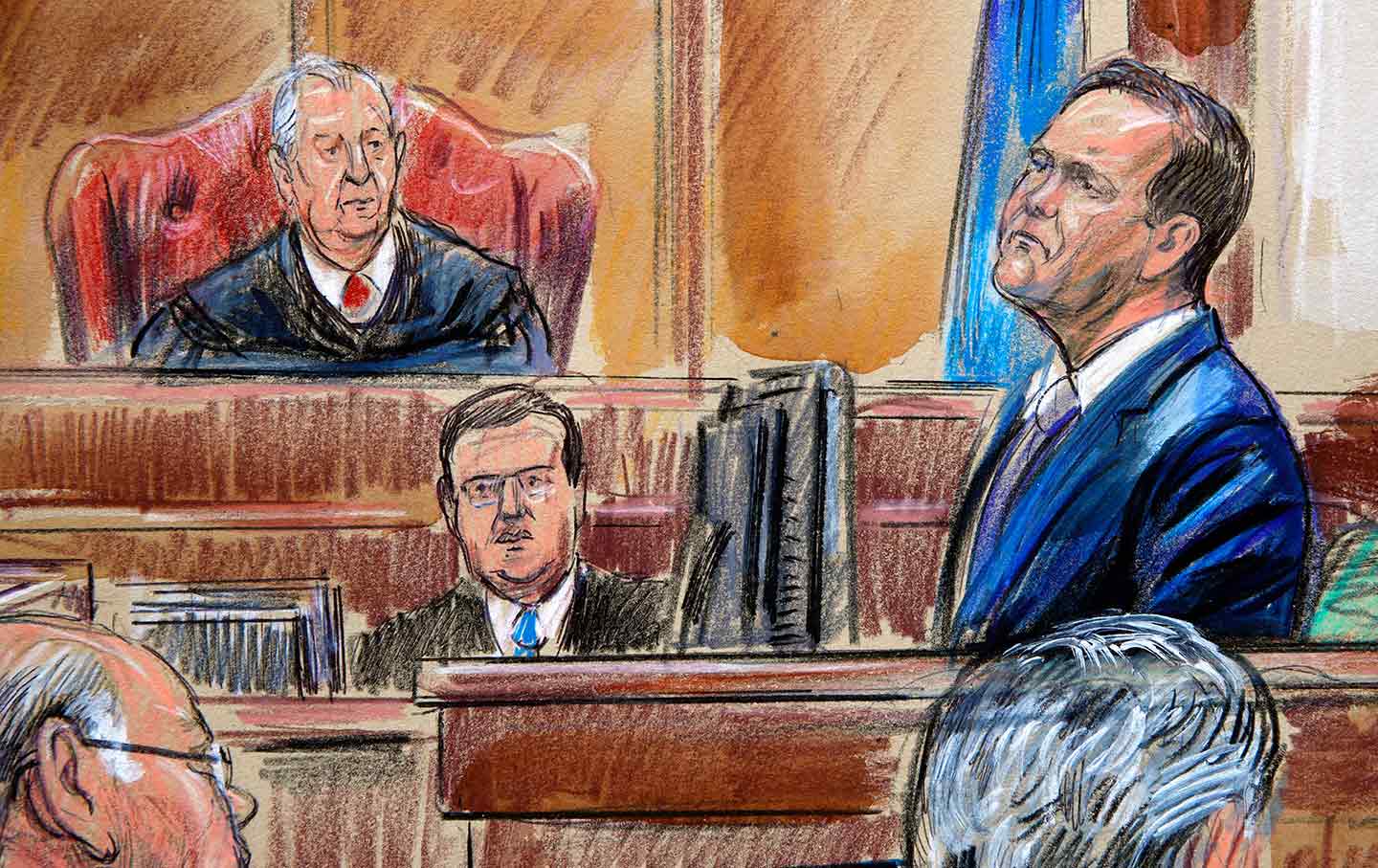 A courtroom sketch depicts Rick Gates on the witness stand as he is cross examined during the bank fraud and tax evasion trial of former Donald Trump campaign chairman Paul Manafort at a federal court in Alexandria, Virginia, on August 7, 2018. (AP / Dana Verkouteren)

Their tales of corruption and thieving and fraud
Don’t alter the president’s views in the slightest.
He’s comfortable boasting, when all’s said and done,
That he has attracted the best and the brightest.

He said he could keep all the swamp critters out.
Consider who managed to sail by his test:
Scott Pruitt, Chris Collins, and Tom Price, and Ross—
A grifter’s idea of the brightest and best.