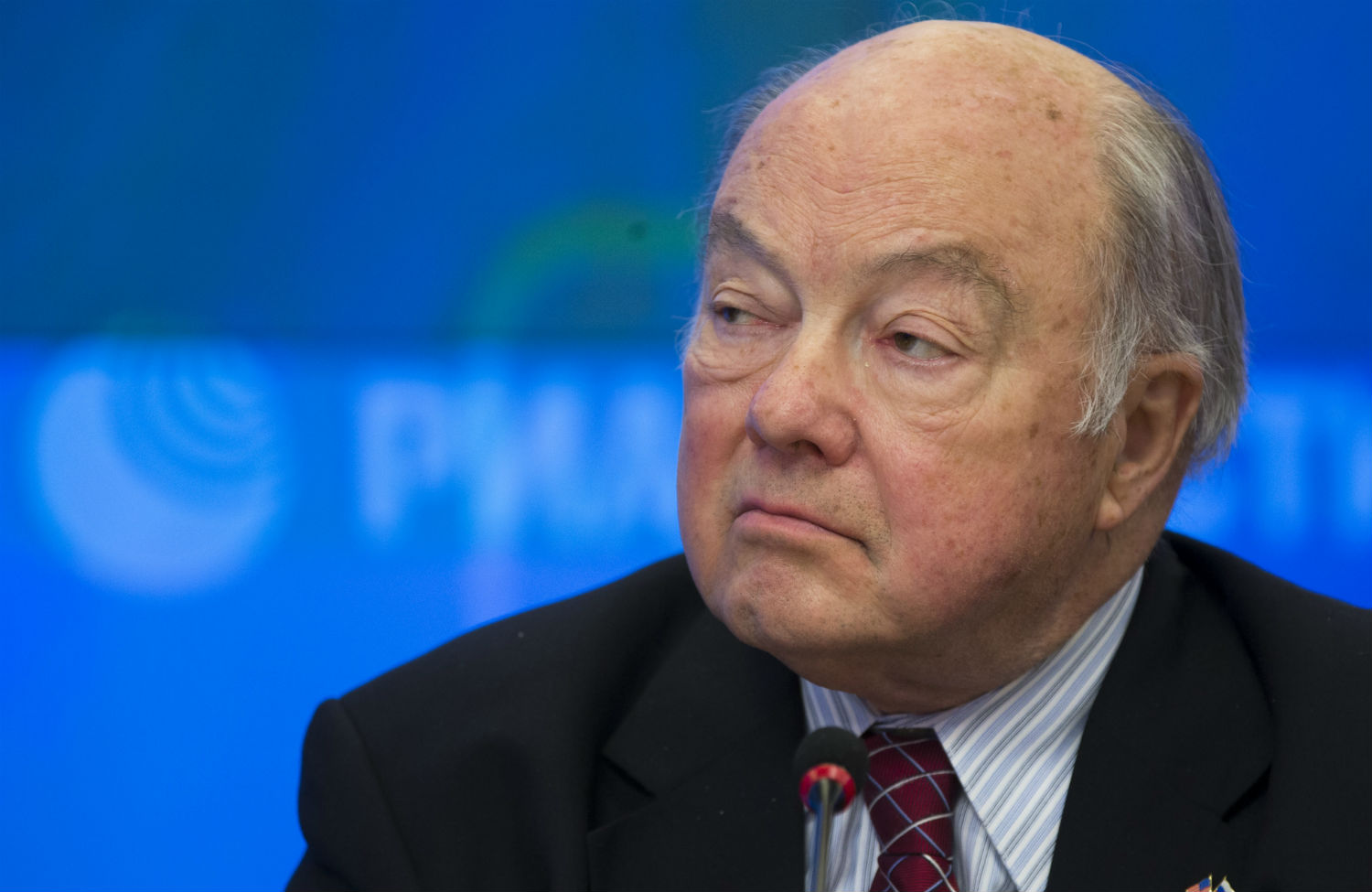 Just as the Beltway’s legions of neo–Cold Warriors were working themselves up into paroxysms of self-righteous indignation over the Obama administration’s refusal to (so far, anyway) arm America’s purported “allies” in Kiev, one of the Cold War’s wise men reappeared in Washington last week.

At a gathering sponsored by the Committee for the Republic, which was formed by an elite group of former Washington officials in response to George W. Bush’s foreign policy adventurism, Jack Matlock spoke for nearly an hour at the National Press Club urging the assembled not to fall prey to the Manichaeistic view of the current crisis in relations between the United States and Russia.

Matlock, 85, knows of what he speaks. He began his thirty-five-year career in the Foreign Service translating dispatches between Washington and Moscow at the height of the Cuban missile crisis. He was present at nearly every US-Soviet summit between 1972–91 and served as US ambassador to Russia under Presidents Ronald Reagan and George HW Bush from 1987–91.

Given his pivotal role in helping to end the four-decade Cold War, Matlock brings the long view so sorely missing from the current debate over Russia policy in Washington. For him Washington’s “group-think” on Russia is “difficult to comprehend.” He told the committee’s rapt, well-heeled audience of former office holders, political appointees and former spooks that as recently as a year ago he dismissed talk of a “new Cold War” as “silly”; after all, that was a worldwide ideological contest between two relatively equal military superpowers. Yet over the past year, Matlock told the group, he has had occasion to revise his view, especially in light of the debate currently being waged in Washington over whether to arm the regime in Kiev.

Something is amiss, according to the ambassador, when heretofore serious voices in Washington believe that arming Kiev is a relatively consequence-free policy choice because they insist on viewing Russia as “a regional power.” To Matlock’s way of thinking, this is an error of the first order. “No one with ICBM’s is a regional power, not by any means.”

Matlock stressed that his position—that the United States needs to find a modus vivendi with Russia in spite of the crisis in Ukraine—is not driven by any animus towards the Ukrainians, far from it. “I respect and know Ukraine; I know it, its people and its literature,” but we in the West and in the United States in particular need to understand that for Russia, Ukraine is of “existential” importance.

According to the ambassador, who was present at some of the most pivotal discussions between President Reagan and General Secretary Gorbachev during the Cold War’s denouement, the taproot of the current crisis is NATO expansion. Beginning with NATO’s Madrid Summit (1994) at which NATO announced it would begin the process of bringing in new member states, through NATO’s Bucharest Summit (2008), at which the alliance declared that “Georgia and Ukraine shall become members of NATO,” the United States has reneged on the promise President George H.W. Bush made to Gorbachev at the Malta Summit (1989) not to expand NATO eastward.

Bush’s promise not to expand the alliance eastward in exchange for the peaceful and orderly withdrawal of Soviet occupying troops in Eastern Europe was, according to Matlock, repeated by nearly all of the alliance members at the time. According to the ambassador, what today’s Western leaders seem not to understand is that a Europe that is “whole and free” will not and cannot exist unless “Russia is part of the system.” And yet, the United States has pursued policies toward Russia over the past two decades that can only be seen as exclusionary.

While NATO’s decision to bring in Poland, Hungary and the Czech Republic as full members in 1999 (the same year, incidentally, that NATO undertook an aerial bombardment of Russia’s ally Serbia) would have been damaging enough to US-Russian relations, things got worse (as they tended to) under the second President Bush. Matlock reminded the assembled that President Putin was the first world leader to call Bush after the attack of 9/11 to offer support. The administration’s decision to withdraw from the AMB Treaty was his repayment. Instead of working to minimize the mistrust between us, time and again, the Bush administration pursued policies that magnified it.

This, Matlock was at pains to point out, was the exact opposite approach taken by his former boss. For all his manifold faults, Reagan knew that as long as there was “distrust between us” it would be impossible to find common ground on issues as diverse as arms control, nuclear proliferation, the environment and emigration. Reagan, unlike his predecessors, knew that “we were too upfront on human rights” and that a private not public approach would yield more results. Reagan “never denigrated any Soviet leader by name…and dealt with them with respect.” Today we have a President and Congress who routinely insult the leader of Russia. Yet Matlock warns: “you don’t set up a public duel if you want to solve a crisis.”

Would that men like Jack Matlock had the ear of President Obama today.