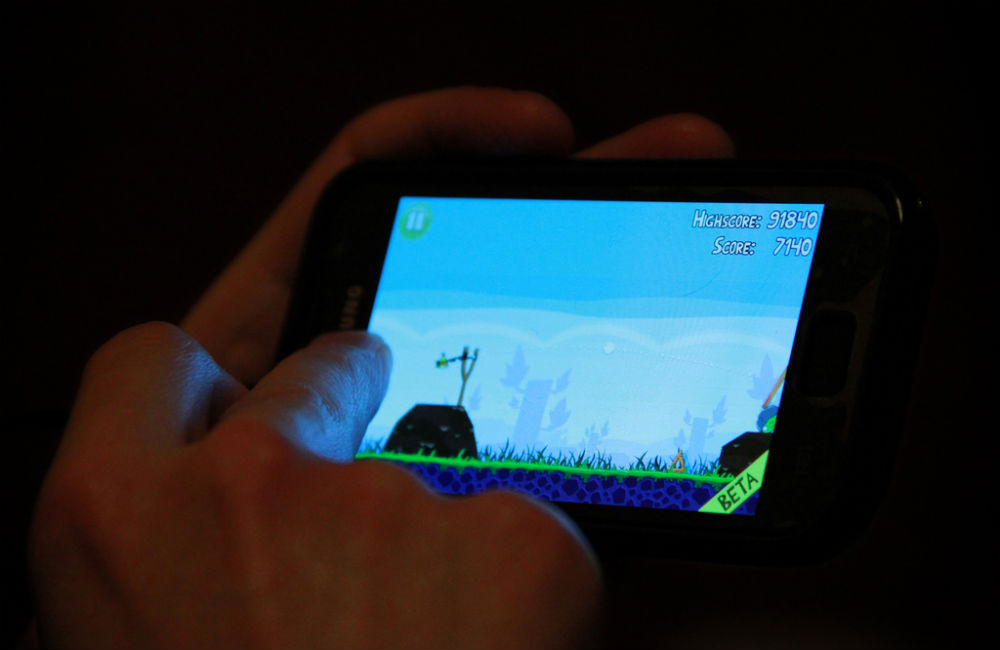 Somewhere in the lowest reaches of hell, Adolf Hitler and his coterie of lesser dictators must be tormented by the knowledge they did not live long enough to get their hands on Angry Birds. How much diabolical power they would have had, not playing the game, but rather mining the data freely volunteered by its billion unsuspecting customers./p>

“When a smartphone user opens Angry Birds, the popular game application, and starts slinging birds at chortling green pigs, spy agencies have plotted how to lurk in the background to snatch data revealing the player’s location, age, sex and other personal information…” The New York Times reported, based on the latest of Edward Snowden’s leaks.

No need then for the Gestapo to go crashing through apartment doors to brutally interrogate citizens as to the most guarded moments of their personal lives when a vast amount of private information from gaming, mapping and social networking sites is pirated by the government. No totalitarian leader could ever imagine such surveillance power over his populace.

Of course, such nightmarish fantasies are a long way from the rationalizations of our own democratically oriented US and British spy agencies that assure us they only ever target the bad guys. But the harrowing specificity about our once presumed private lives, as revealed this week in yet another devastating trove of documents from Snowden and reported in the Times and The Guardian, might one day open the floodgates to a totally regimented society.

What is alarming is the depth of detail, as well as the breadth of the information, gleaned from the ubiquitous mobile phone apps, including political affiliation and gender preferences, geographical location, an extensive network of one’s friends and even distant associates.

This information, easily obtained and mined by our government spies in cooperation with their counterparts in England, has gone far beyond the previously revealed collection of general metadata to monitor the most intimate details of our lives, as revealed in so-called leaky mobile apps including Google Maps, Facebook, Flickr, LinkedIn and Twitter. As a result, everything in your address book, buddy lists and geographic data embedded in photos and phone logs is readily available to the spy agencies, including, as a British one boasted in 2012, details of one’s political alignment and sexual orientation.

Defenders of the vast government spying program, including President Obama, have claimed that the data collection programs do not invade individual privacy. Only last week in his remarks on the subject, Obama noted that private advertising companies collect personal information on users of mobile phones, but he did not mention that his own government was busily seizing much of that data.

As opposed to Obama’s benign description of government surveillance conducted jointly by the NSA and its British equivalent, the GCHQ, the latter spy agency boasts in one of the documents revealed by Snowden that the use of apps to spy “effectively means that anyone using Google Maps on a smartphone is working in support of a GCHQ System.”

In one slide used to demonstrate the reach of the program labeled “Golden Nugget” for a 2010 talk, a Snowden document describes, the NSA presentation included “Perfect Scenario—Target uploading photo to a social media site taken with a mobile device. What can we get?”

The answer is clearly just about every piece of information that previously was thought to be in the preserve of the endangered zone known as private space. As The Guardian described that government overreach: “Depending on what profile information a user has supplied, the documents suggested, the agency would be able to collect almost every key detail of a user’s life: including home country, current location (through geo-location), age, gender, zip code, marital status—options included ‘single,’ ‘married,’ ‘divorced,’ ‘swinger’ and more—income, ethnicity, sexual orientation, education level, and number of children.”

No need to get unduly alarmed; after all, we live in the free world and these are programs run, as Obama assured us, by good folks who have only our safety in mind. They also have a sense of humor, particularly the Brits, who, when they turn our smartphones against us, appropriate names from the TV series “The Smurfs” to describe the extent of the government’s power over the devices we have purchased.

“Nosey Smurf” defines a phone microphone made “hot” to listen to our conversations unbeknownst to us; “Tracker Smurf” precisely traces our travel movements; “Dreamy Smurf” allows the activation of a phone that has been turned off; and “Paranoid Smurf” is the name for the self-hiding capacity of the spyware. That last one should remind us that even paranoids have enemies.