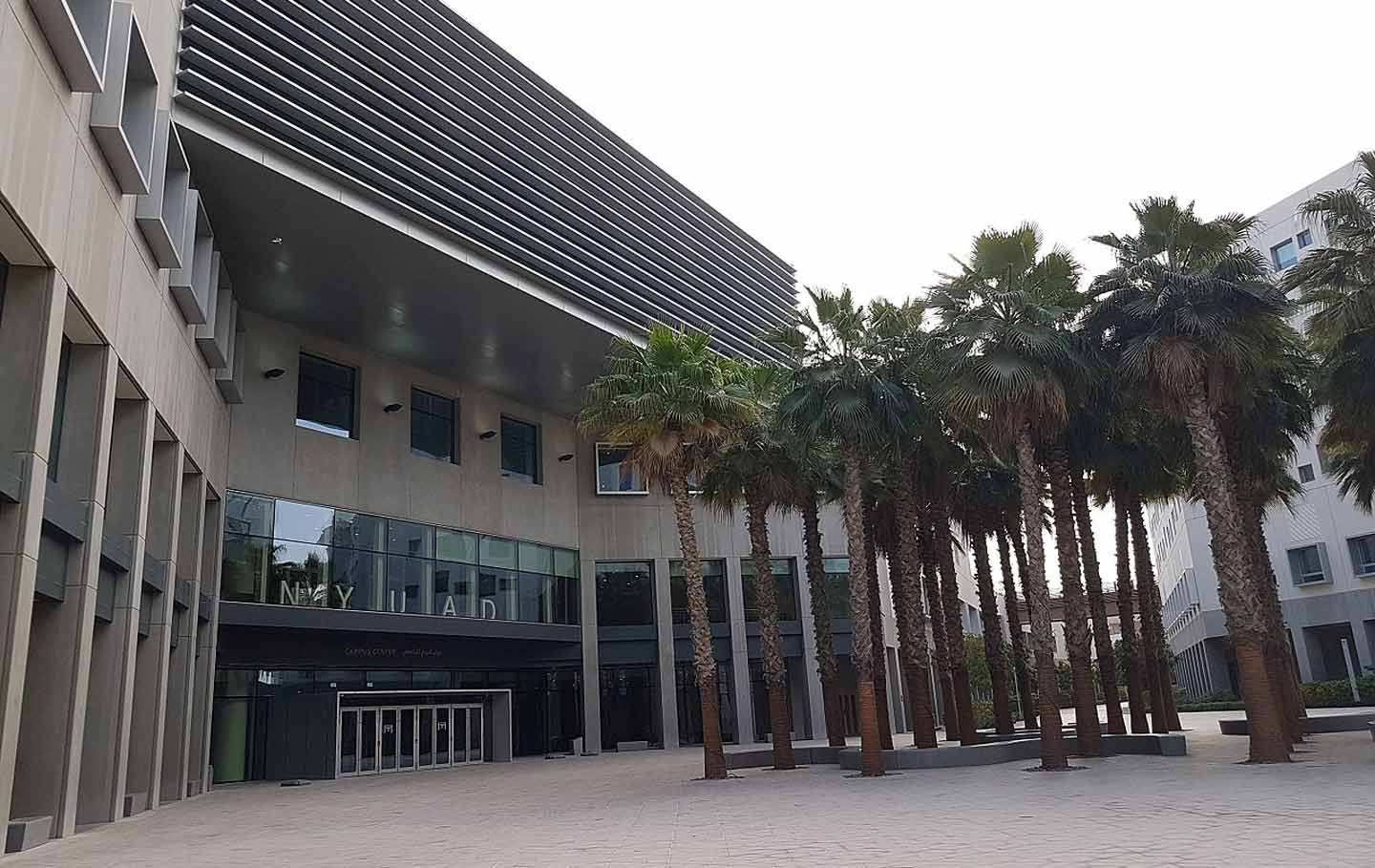 New York University’s new Abu Dhabi campus seems like an intellectual oasis in the United Arab Emirates, festooned with hypermodern architecture and soothing palm-tree gardens. But the luxuriant state-of-the-art complex was built on the sweat of tens of thousands of migrants, shipped in from North Africa and South Asia to labor on the university complex.

The Coalition for Fair Labor (CFL), a group of NYU researchers and labor activists, has for years been examining the treatment of NYU Abu Dhabi’s (NYUAD) migrant workforce, and its extensive new report concludes that for nearly a decade, the institution has systematically exposed workers to extreme risk of abuse and coercion.

The report cites an earlier audit by the compliance-monitoring firm Nardello & Co., which found that the project had repeatedly failed to adhere to international standards. Under the highly restrictive kafala (“sponsorship”) system that oversees migrant labor, contract workers can be denied their due wages, sent home for standing up for their rights, or criminalized for protesting against abuse. Since contractors typically confiscate workers’ passports, workers’ freedom of movement is automatically curbed, exposing them to abuse and fraud. (Similar charges have also haunted the developments of the Guggenheim and Louvre branches in Abu Dhabi.)

The CFL also alleges that NYU has been stonewalling public scrutiny; in one controversial incident in 2014, NYU professor Andrew Ross was barred from flying to the UAE, in an apparent attempt to thwart his field research.

One of the chief violations typically happens before migrants even reach the UAE: Recruitment agents perniciously broker jobs in workers’ home countries (primarily, India, Sri Lanka, and the Philippines) to secure huge fees in exchange for arranging a job overseas. According to the CFL, “Likely all or the vast majority of the 30,000 construction workers at NYUAD paid recruitment costs and fees.”

As an indentured workforce, the migrants have virtually no legal recourse against violations, the CFL argues, rendering them extremely vulnerable to violations like wage theft or excessive work hours. They also lack basic protections from occupational injury (a frighteningly routine occurrence on Gulf construction sites, though NYU previously boasted of a relatively low injury rate compared to other regional projects).

Yet from the time construction began around 2009, observes the CFL, “it was known that forced labor conditions were typical in the UAE,” including on the administration’s planned worksite. Five years later, the conditions were further illuminated through a third-party audit showing that workers had systematically had their passports confiscated and been exposed to coercive and often inhumane conditions. An accompanying New York Times investigation revealed the miserable everyday hardships workers experienced, including housing in isolated, squalid encampments, 11-hour workdays, restricted cell-phone access, and poverty wages compounded by unaffordable living costs and recruitment-fee debt.

However, NYU has repeatedly defended its labor code, which includes basic protections such as barring recruitment fees, imposing scheduling regulations, and requiring sick pay and overtime compensation. NYUAD spokesperson Kate Chandler recently told NYU Local that the CFL’s report was “incorrect and inflammatory,” and overlooked another audit report published by a separate firm, Impactt, which suggests there has been evidence of improvements. Though that report’s conclusions are positive overall, it warns of serious risks of labor-code violations in crucial areas like contracts, fair-hiring practices, and working hours. Moreover, the 87 noncompliance reports showed progress in only two cases. Nearly 80 of the cases that Impactt cites were marked as “closed” without detailed explanations of why; for example, one case was closed when many workers’ illegally confiscated passports were returned, with a note of no further “progress.” Another “closed” case involved a worker who was reportedly “treated harshly” and “denied water.” Nearly 400 workers came up against a “[b]arrier to resignation created through financial penalties”; three of their contractors’ cases were “closed,” and another stopped working with NYU.

The CFL’s response to the Impactt report criticizes its methodology as inadequate and failing to investigate forced-labor issues, yet points out aspects that confirm past evidence of forced labor. For instance, in numerous cases of hundreds of workers whose contractors imposed “severe financial penalties” as a consequence of quitting, the CFL argues that “If any of these people also were not reimbursed for recruitment costs and fees and have recruitment debt…their work conditions meet the definition of forced labor.”

In any case, corporate-compliance measures provide only a partial picture of workers’ day-to-day treatment. The CFL’s primary interest, though, is simply elucidating the level of risk and exploitation embedded in NYUAD’s business model. In Gill’s view, the question of forced and exploitative labor for NYU “is fundamentally about the relationship between an employer and employee. When an employer hasn’t paid a worker’s recruitment costs and fees such that the worker is in debt of several times their monthly salary…and can threaten to deport them at any time or impose financial penalties if they want to leave, that’s forced labor—it can be ‘invisible’ compared to what people see in the UAE: poor people, often housed poorly, but the two are very much connected.”

Contending that NYU has fallen behind standard industry practices, while it should be striving to surpass them, the CFL calls for full freedom of movement for workers, access to justice, and above all, the basic the right to decent work. The CFL also urges the administration to follow the example of Apple, which claims to have reimbursed some 35,000 Chinese manufacturing workers for their unfair recruitment fees to the tune of some $30 million since 2008.

If the Abu Dhabi investment was intended to showcase the university’s ability to stretch the quality and rigor of its cultural and academic leadership beyond US borders and project an image as a state-of-the-art institution and cosmopolitan community, it’s only fair that it at least attempt to build similar bridges between its labor conditions and its social principles.