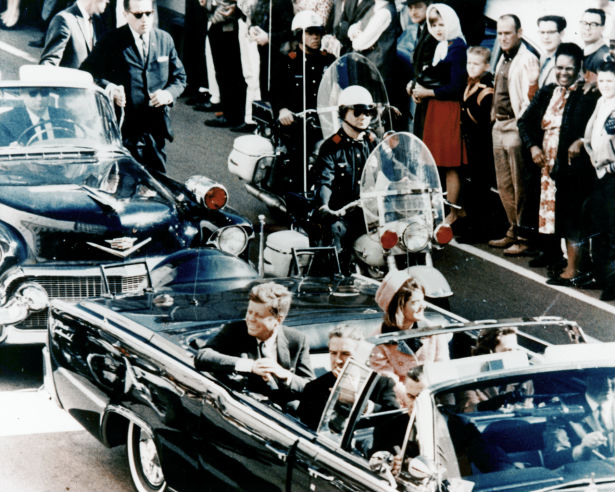 A Facebook friend writes: “To what extent did Dallas factor into LBJ’s agenda getting through?”

That’s an easy one: quite nearly one hundred precent. There’s no question that Kennedy was an utter failure as a passer of laws during his proverbial thousand days. I wrote about that in Before the Storm: Barry Goldwater and the Unmaking of the American Consensus: “His only real legislative victory had come in the second week of his term, when the House voted to enlarge the size of the Rules Committee to dilute the power its reactionary majority of Northern Republican and Southern Democrats had used to bog down…social legislation. But he won the victory by only a single vote.” (Those interested in more detail should seek out a 1968 book by Tom Wicker, JFK and LBJ: The Influence of Personality upon Politics.) And that victory, I wrote, “availed him nothing.” His bill to commit major federal funds to education for the first time failed; a bill for aid to depressed areas was watered down; a minimum wage increase was tiny, the number of workers it covered decreased. As for his heroic introduction of the sweeping civil rights bill, Robert Caro suggests that at the time of his death he was apparently ready to trade away its signature provision, the ban on discrimination in public accommodations. A housing bill and what would become Medicare were on the verge of failure—all this despite an approval ratings in the 70s during the spring before his death.

Then, the assassination. Then, Teddy White’s proclamation that America had just been deprived of “Camelot” (more on that later!). Lyndon Johnson stood before a joint session of Congress and said, in words scripted by Kennedy’s great speechwriter Ted Sorensen, “All that I have I would have gladly given not to be standing here today…. On the 20th day of January, in 1961, John F. Kennedy told his countrymen that our national work would not be finished ‘in the first thousand days, nor in the life of this administration, nor even perhaps in our lifetimes on this planet. But,’ he said, ‘let it begin.’ Today, in this moment of new resolve, I would say to all my fellow Americans, let us continue!’ ”

Then came the legislative deluge. Same Congress; the only difference was the blatant and skilled manipulation of the memory of the fallen martyr by LBJ. Medicare. Medicaid. Civil Rights, without a single serious change from draft to passage. Federal aid to education. The tax cut I wrote about yesterday (he threatened to keep legislators in Washington through Christmas unless they passed it). Authorizing legislation for an “all-out war on human poverty,” claimed as an inheritance from Kennedy, though it had been Kennedy’s chairman of the Council of Economic Advisers’ idea to divert money to merely eliminating “pockets of party,” an idea tabled because Kennedy decided reaching out to suburban voters for 1964 was the more important priority.

Part 1 of Kennedy Week focuses on JFK’s legacy as a nuclear strategist and symbol of liberalism.