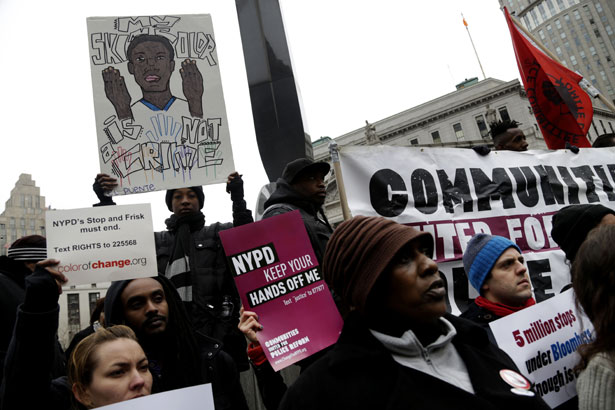 This column was originally published by The Brown Daily Herald.

It is telling that of all the reflections on last Tuesday’s events circulating on Facebook, The Herald and other media, those that only superficially engage the concept of “free speech” as an abstract principle and couch their arguments in the rhetoric of respect and civility bewail the protesters’ tactics. In contrast, those that critically engage the notions of free who and civil rights as tangible ideas that relate to and affect real communities throughout Providence and the United States in diverse ways boldly defend the protesters’ actions.

If my implication is vague, let me clarify: The thought process of those who dismiss the shouting down of New York Police Commissioner Ray Kelly as “inarticulate,” “uncivilized” or “myopic” is fundamentally shallower than that of those who stand by the protestors’ decision to deny the commissioner his chance to speak. The latter is considerably less egoistic, far more nuanced and profoundly more empathetic.

If I seem unduly pejorative, I would ask you to give me the chance to empathize with those whom I have just criticized. I understand that you feel uneasy, perhaps even angry, that members of our community were denied their chance to engage Kelly in an open forum. I have no doubt that had his speech been allowed to take place, the question and answer session would have been a display of intellectual force he would have been woefully unable to withstand. We could have collectively exposed him for the menace that he is and done so in an unimpeachably civil fashion that allowed us to feel good about our community as a place in which tolerance and reason triumph over intolerance and bigotry.

But that’s where it would have stopped: our community. This civil discourse would simply not have resounded far beyond the lecture hall, and word of 100 Brown students’ intellectual triumph certainly would not have traveled to the communities throughout the country that are victims of the violent policies men like Kelly perpetuate and amplify.

I myself do not come from such a community, and I cannot claim to know the pain and degradation that Kelly’s victims are forced to live with every single day. However, I can sure as hell feel angry when people who come from privileged backgrounds like mine abuse their positions to wreak further social and economic violence on already marginalized communities, and I can do my best to sincerely help the voices of those communities ring loudly in settings where they all too often remain completely unheard.

I can appreciate the value of a society in which civil discourse is the only discourse, and I can appreciate the desire of many of my peers to act and speak in a fashion that adds to this value, but the truth of the matter is that we live in a world where this type of society cannot yet be realized. Civility that comes at the expense of further marginalizing the subjugated is not only worthless, but also criminally dishonest.

Because of this, I can appreciate that there are certain moments when an eruption of raw emotion — albeit a disruptive one — better empowers the voices of the oppressed than any sterile exercise in “intellectual rigor” undertaken on their behalf ever could. Upon reflection I have come to understand that last Tuesday was one of those moments, and I hope those of you who have not already will soon come to do the same.