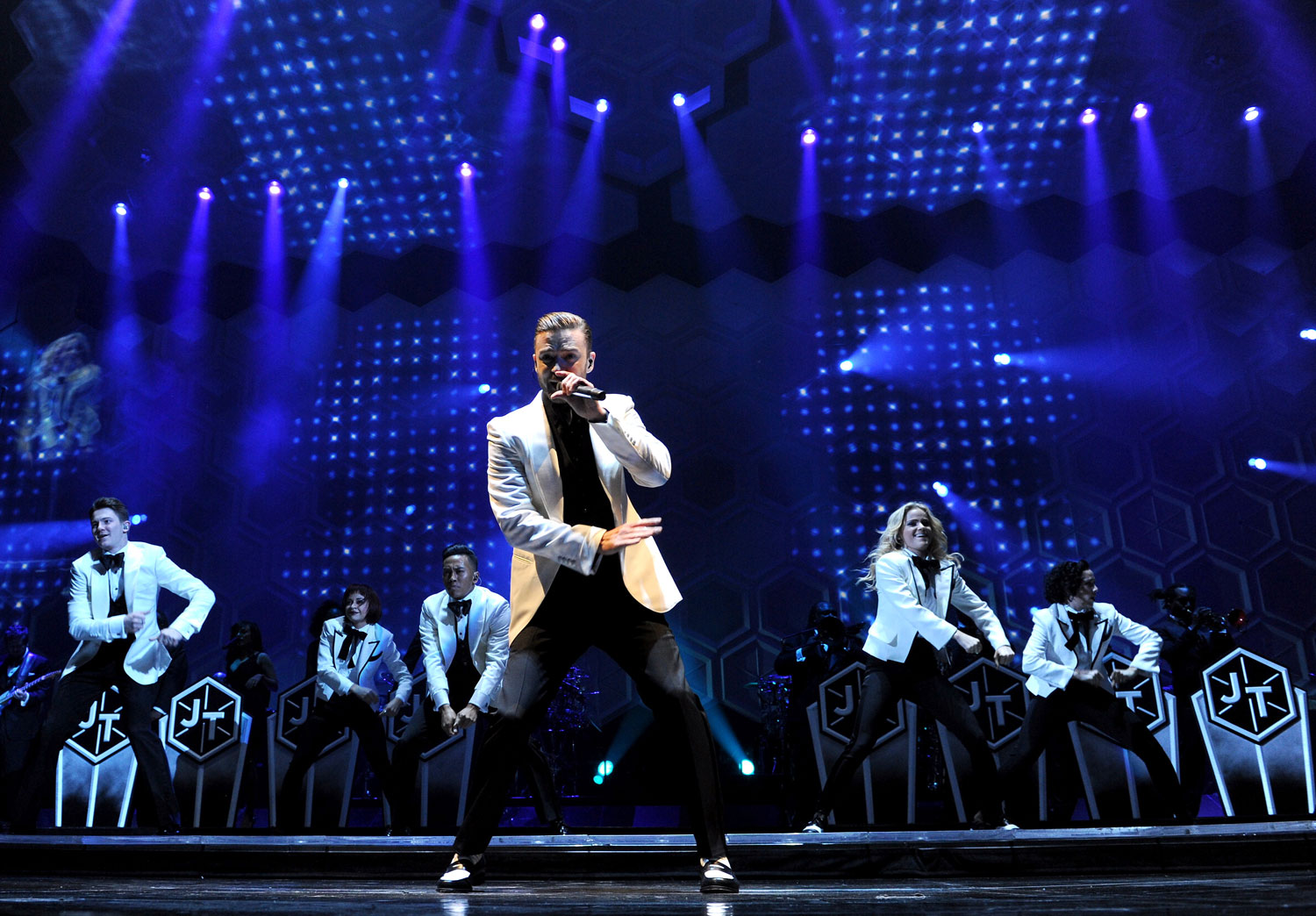 Dana Wilson, a back-up dancer on Justin Timberlake’s 20/20 Experience World Tour, moved to Los Angeles from Aurora, Colorado, when she was 18. She’s in her mid-20s now and has started to think about her pension. Tours like Timberlake’s can go on for months, even years, and backup dancers typically lose their SAAG-AFTRA union benefits while on the road.

Before the tour started, in November, Wilson and the other dancers decide to demand a union contract—a touring contract has existed since 2006, but no dancer has ever been covered by it (though back-up singers for James Taylor, Reba McEntire, Martina McBride, Blues Traveler, Josh Groban and Jefferson Starship have). “A few of us have healthcare and pension plans through a spouse, but we thought it was important for not just us but for dancers in the future,” said Wilson, whom I spoke to from the lobby of her hotel in Indianapolis. She had just checked out of her room and had an hour until she had to be at that evening’s venue, the name of which she could not remember. She performs four times a week, dancing on wood, metal and Plexiglas. “It’s virtually the same as dancing on concrete,” Wilson said. “It could take its toll.” There’s a moment in the show—she didn’t want to give away too many details—where the stage expands into the audience while the dancers are not secured. “I still get nervous,” Wilson said. “It’s not a situation that a normal worker would be put in.”

The negotiation took months and was nerve-wrecking at times. “Tours are very sought after jobs for dancers,” Wilson said. “But ultimately, what’s more important than having a cool job is being able to work for a long, long time.” She had also performed in Timberlake’s Future Sex/Love Show tour, in 2007, and was worried that her activism might create friction with her old boss. “On tour, you’re a close family, you don’t ever want to be a thorn in anyone’s side or be ruffling feathers,” Wilson said, “but at a certain point it is really worth it to ruffle a few feathers.” The six back-up dancers had support from the wider community; at the peak of their negotiations, they hosted an event at the Avalon club in LA that more than 1,000 people attended. “I heard the applause that night and I knew we weren’t in trouble and we were in the right place at the right time to make a change,” Wilson said.

Timberlake’s management eventually agreed (“They were all decorum and business,” Wilson said.) Timberlake, she says, “has become such a hero in the dance world.” Randy Himes, who works for the union and helped organize the dancers, is hoping to make the 20/20 Experience World Tour contract an industry standard. In 2012, Wilson and Himes, along with other members of the Dancer’s Alliance, successfully negotiated a union contract for dancers in music videos; it was the Alliance’s first campaign, though the organization has been around for more than twenty years, and culminated in a flash-mob outside Sony’s office to Aretha Franklin’s “Respect” and two long days of heated discussion with record executives until an agreement was reached at 1:30 am.

There are some basic challenges to organizing dancers. They are a motley crew—some are classically trained, others learn on the street—and convincing professional dancers that they are all in the same field has been a challenge for the Dancer’s Alliance. They’re also young and driven, and not necessarily thinking about retirement, or even life after 30. “The average age of a dancer has to be early 20s, at that age you really feel invincible,” Wilson said. “It’s a passion so we don’t care if our knees hurt or our feet are bleeding.”

“We’re trying to get young people taking responsibility for being business professionals,” said Himes. “Helping artists step up and get respect for what they do.”