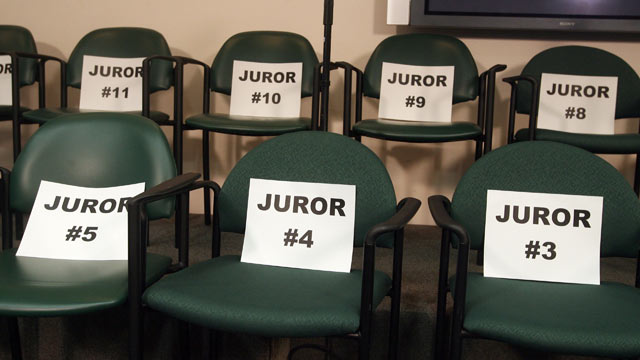 On July 2, Occupy Wall Street protester Cecily McMillan was released from Rikers Island, completing a sentence that her jury never wanted her to serve. On May 19, that jury of twelve convicted McMillan of felony assault against police officer Grantley Bovell. The verdict came after a four-week trial, during which McMillan’s defense team argued that it was actually Bovell who assaulted McMillan, and that she had elbowed him as a reflexive response after he grabbed her breast. The trial carried symbolic weight because it was the last Occupy criminal case, one of the few Occupy-related felonies, and an incident of alleged police violence that many protesters felt characterized NYPD norms. Still, the jury returned a “guilty” verdict. As is typical, jurors had been instructed by the judge not to read or research any further details of the case on their own, including the punishment that McMillan would face if convicted.

After the conviction, members of the jury learned that McMillan faced two to seven years in prison, according to sentencing guidelines. An anonymous juror told The Guardian that “they felt bad,” and that “even a year in jail is ridiculous.” The juror added that he hadn’t been convinced of McMillan’s guilt, but gave in to his fellow jurors and, not expecting harsh sentencing, voted to convict. Nine of the twelve jurors petitioned Judge Ronald Zweibel for leniency and no incarceration. At that point, however, the power was out of their hands (Zweibel ended up sentencing McMillan to ninety days in jail and five years’ probation). Many of McMillan’s supporters expressed frustration that the jurors who had held Cecily’s freedom in their hands didn’t take the consequences of the trial seriously until after it was over.

In trials that involve police testimony, as McMillan’s did, jurors are often inclined to trust state authority: the police and prosecutors. “When juries refuse to acquit people, it’s a nod to authoritarianism and our natural willingness not to be skeptical,” says Mariame Kaba, founding director of Project NIA, which works to end youth incarceration. In fact, according to an article published last year in the journal Law and Social Inquiry, “as jurors indicate more trust and confidence in the police, their likelihood of favoring the prosecution increases,” a serious problem for defendants in trials like McMillan’s. And “white jurors overall are more likely to favor the prosecution and are more willing to vote for guilt on the first ballot than are black jurors.” This fundamental trust in the criminal justice system betrays a profound ignorance of what Kaba calls “the inconceivable notion that the system could be railroading you.” Jurors become an extension of state power, trusting rather than checking it.

In fact, the right to a trial by jury is meant to be “part of the system of checks and balances to rein in the power of the state,” explains Paul Butler, a law professor and former prosecutor, and the author of Let’s Get Free: A Hip-Hop Theory of Justice. “You could call it political or you could call it constitutional. But the right of jurors to establish justice is deeply embedded in both the Constitution and our Anglo-American tradition.” This includes the practice of jury nullification, in which jurors may acquit a defendant whom they believe to be guilty, due to objections to the law or sentencing practices. No judge can overturn a “not guilty” jury verdict, and such cases cannot be retried.

Nullification dates back to the trial of William Penn and William Mead in 1670 in England. When jurors refused to convict them of unlawful assembly, the judge imprisoned the jurors. On appeal, a higher court released the jurors and found that they could not be punished for acquittal. The first chief justice of the United States Supreme Court, John Jay, said in 1794: “The jury has the right to judge both the law as well as the fact in controversy.” And it remains entirely legal for a jury to acquit, regardless of the evidence, as a means of resisting unjust laws and sentencing. Juries have nullified to protest injustices throughout American history—in defense of the Boston Tea Party, against the Fugitive Slave Act, against Prohibition.

Despite this proud tradition, nullification has been a well-kept secret since 1895, when the Supreme Court ruled that while juries had the right to nullify, judges were not required to inform them of this power. “Most courts have refused to tell jurors about this power, because judges want to be the ones that have the last say,” explains Butler. “Most courts tell jurors that if you find the defendant is guilty, you must convict.” Not only are judges not required to inform juries of their right to nullify, but lawyers are prohibited from doing so, with rare exceptions (New Hampshire, for example, requires that juries be informed in criminal cases of their right to nullify). To mention nullification would land lawyers in contempt in most courts.

“It’s very strange for it to be a fairly essential power that jurors have, but no one’s allowed to express it,” says attorney and law professor David Kairys. Kairys defended the “Camden 28” in an unusual trial in which the defense was permitted to inform the jury of their right to acquit for any reason. The case involved a group of twenty-eight Catholic activists who in 1971 raided a local draft board to protest the Vietnam War. They had been entrapped by the FBI and were clearly guilty of the prosecution’s charges. At the trial, the judge instructed the jury: “The law does not recognize religious or moral motives or higher law for the commission of a crime, no matter how noble. I charge you that you may not treat the defendants’ beliefs with respect to the war in Vietnam, or other possible injustices to which you have heard references, as a possible negation of criminal intent.” Kairys and the defense team argued that, in saying this, the judge had misinformed the jury and had to correct himself. As a result, the judge ruled that the defense could openly address nullification in their closing arguments. This was rare, according to Kairys—so rare that he knows of no other case where nullification has been openly discussed in court.

In his closing statements, Kairys told the jury:

This power that juries have is the reason why we have you jurors sitting there instead of computers. You are supposed to be the conscience of the community. You are supposed to decide if the law, as the judge explains it to you, should or should not be applied in these circumstances. Nothing the judge will say to you is inconsistent with this power.

This is not a request on our part that you show any disrespect for the law. It’s an essential part of the law. It’s as essential as reasonable doubt. You decide what to do with the law the judge explains. You decide, considering the circumstances of the case, whether you should brand the defendants as criminal. You are only required to say ‘guilty’ or ‘not guilty’; you don’t decide that they did it or they didn’t do it.

Kairys talked about Rosa Parks, Martin Luther King and Daniel Ellsberg—all of whom, he said, “violated laws to preserve life and liberty.” He concluded: “The prosecution is asking you to brand these people as criminals. If that’s done, it will be done in your name. No one else’s. I urge you to say no to the prosecution, say no to this horrible war, say no to the FBI’s manufacture of a crime, and say yes to some hope for the future. Say yes for life. Thank you.”

All twelve members of the jury voted to acquit. Upon hearing the verdict, people in the courtroom began to sing “Amazing Grace.” Kairys says that although popular sentiment against the Vietnam War played a part in the jury’s decision, similar acquittals did not occur. The opportunity to explain nullification to the jury was crucial.

While the Camden 28 acquittal made explicit use of nullification, Butler says that nullification is effectively invoked all the time. “When I was a prosecutor in DC in the early ’90s, the jurors in DC were mainly African-American,” he explains. “It was commonplace in the prosecutor’s office that if we had a young black defendant and it was a nonviolent drug crime, the jury was not going to send him to jail. They would acquit him.” Butler says that such juries recognize the overrepresentation of African-Americans in the criminal justice system, and decide that, as long as there is no violent threat, they will not send another black person to prison. “Those are political acts by jurors, even if they’re not explicitly political,” he says.

Exercising the right to nullification can be tricky. If a potential juror, during jury selection, criticizes certain laws or their selective enforcement, it can result in his or her exclusion from the jury. Prosecutors, after all, want a conviction. When Butler was practicing in DC, sodomy laws were still in place, and many potential jurors would tell prosecutors that they didn’t support the laws, only to find themselves dismissed from jury duty. He says people’s feelings about drug laws are often similar and can lead to their dismissal. A Pew Research Center poll found that Americans, by a ratio of almost two to one, approve of states that have reduced mandatory sentencing for nonviolent drug offenders. Meanwhile, according to Department of Justice statistics, almost half of federal prisoners in the United States are incarcerated because of a drug offense. “People famously don’t show up for jury duty, and one reason is they don’t like the criminal justice system. They think it’s unfair and they don’t want to be complicit in it,” says Butler. But “you don’t have to be. There’s actually something you can do to protest it.”

People must know their rights before they get called to jury duty. Telling a sitting juror about nullification can be considered illegal tampering. But ensuring that all potential jurors know about nullification is not only legal but critical to the administration of justice. “When people start to understand the power they can exercise as jurors, I think that makes them more enthusiastic about jury service,” Butler says. And in an era of mass incarceration, harsh sentencing, racial profiling and police repression, the jury box is arguably the most powerful spot in the courtroom.