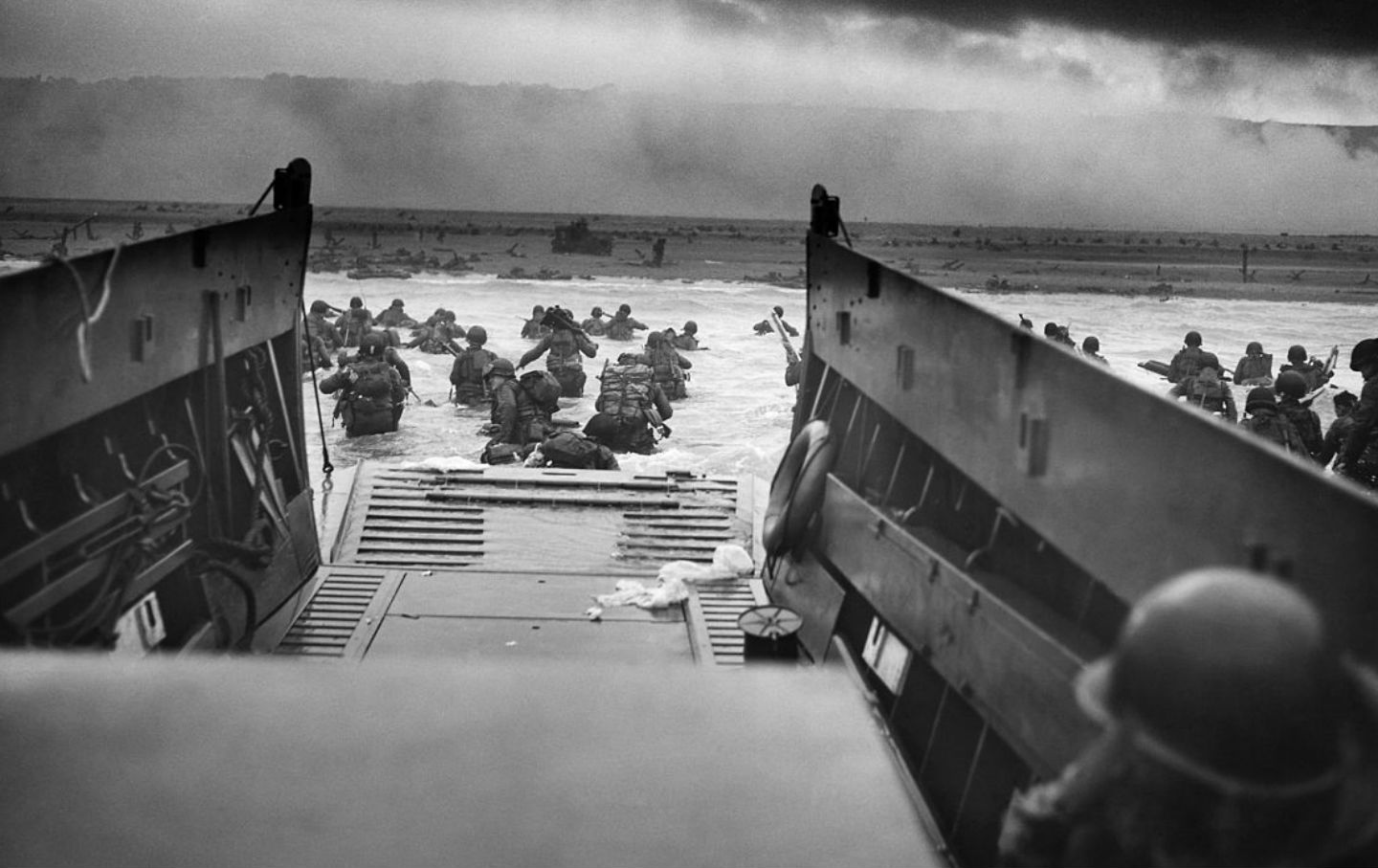 The US Coast Guard-manned USS Samuel Chase disembarks troops of Company E, 16th Infantry, onto Omaha Beach in Normandie, France, on the morning of June 6, 1944. American soldiers encountered the German 352nd Division when landing and many members of the former became casualties. (National Archives and Records Administration)

The following editorial note nicely punctures some of the patriotic mythology that has grown up around D-Day over the last 71 years: published without a byline—though it doesn’t seem a stretch to assume that it was likely written by The Nation’s then–Washington editor, I.F. Stone—it depicts the House of Representatives in action on the day of the invasion of Europe, consumed, as ever, by petty politics.

The beaches of Normandy are hardly visible from Capitol Hill. Inside the House of Representatives there is no sound of the Battle of Europe. It is D-Day; but Congress has its own work to do and it can hardly take time out for history. At first it seems that the representatives of the American people may turn from partisan politics and match the solemnity of the hour with high action. But the moment passes. Visitors to the galleries have come from their radios, from the headlines, from conversation with a taxi driver whose son is a paratrooper. Now they look down with bewilderment. There are good men down there, good Americans whose sons, some of them, are dying this morning so that Europe and the world may be liberated. But in charge of the debate are the shallow, unseeing men who are converting the tragedy of another fateful day into a tawdry issue of party gain…. This is the time-tested game of politics. What day is this? D-Day? What has that to do with us? Our men are landing on the beaches of France? But have they votes in November?