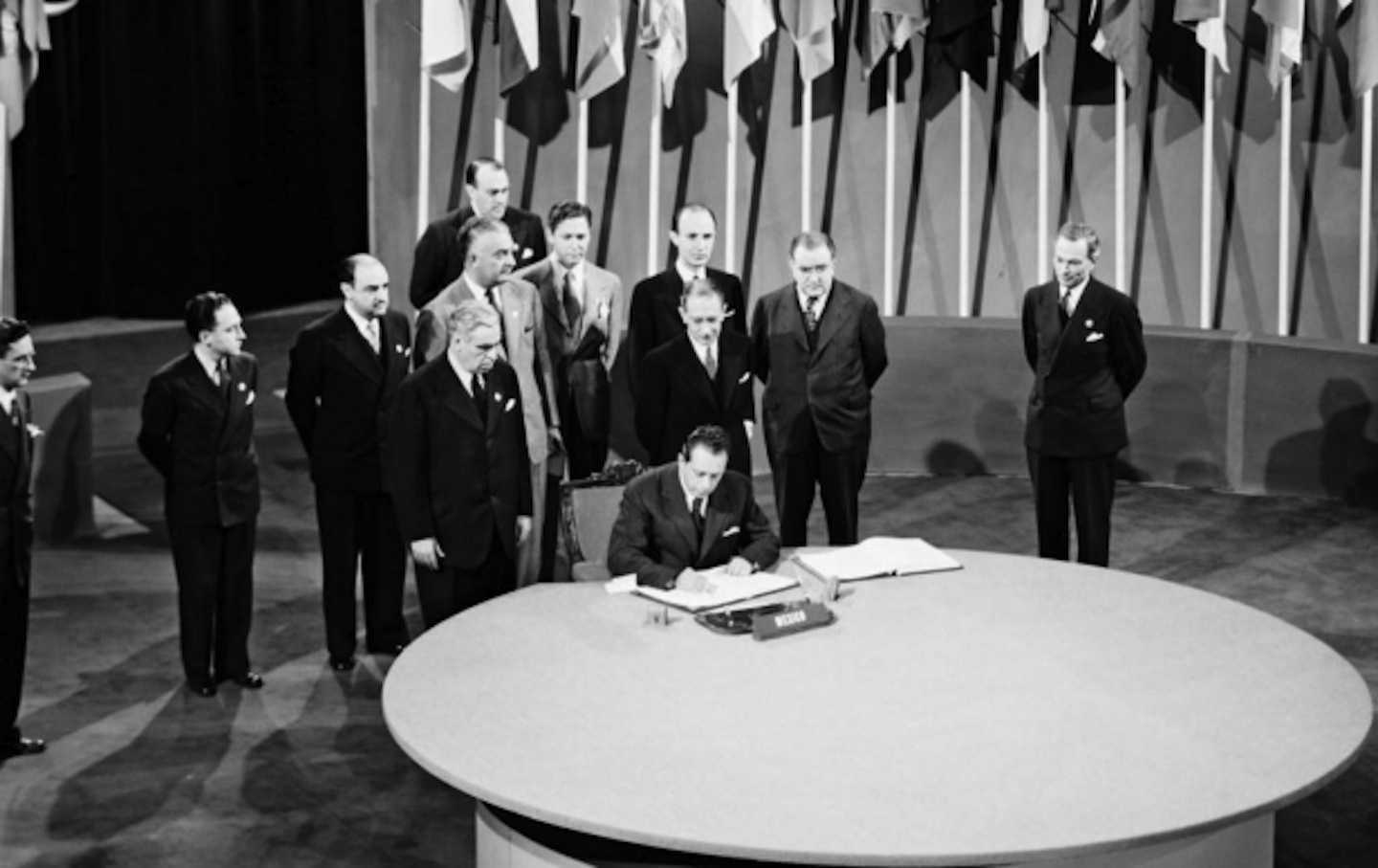 Mexico's Secretary of Foriegn Affairs Ezequiel Padilla signs the UN Charter in San Francisco, with numerous delegates from other countries behind him. (UN Photo)

The Nation was fully committed to internationalism by the end of the Second World War, but it was skeptical of the establishment of the United Nations, which seemed rather to proliferate and promote the kind of big-power maneuverings that had caused the global conflagrations of recent decades than to end them or subsume them into global structures of democratic governance. This editorial from early July 1945, “Mirror of Our World,” written by editor and publisher Freda Kirchwey, demonstrates the magazine’s belief that the UN was compromised from the beginning, dominated by the massive nation-states who had brought it into being.

The United Nations Charter is a mirror of the present world of national states. It reflects the inner conflict of desire and fear that dominates even the strongest powers and expresses itself on the one hand in an honest effort to achieve security through collective agreement and on the other in a refusal to surrender any of the established attributes of sovereignty and individual power. As long as this conflict exists, the new world organization is bound to be essentially a great-power alliance rather than a world government….

Such a charter can please no one completely, because what the people of the world profoundly desire is something which will not mirror their conflicts but resolve them, which will dispel their fears and satisfy their hopes. But this desire cannot in the nature of things be fulfilled; the nations must themselves achieve integration and internal maturity before they can create a world organization that is itself mature and unified.