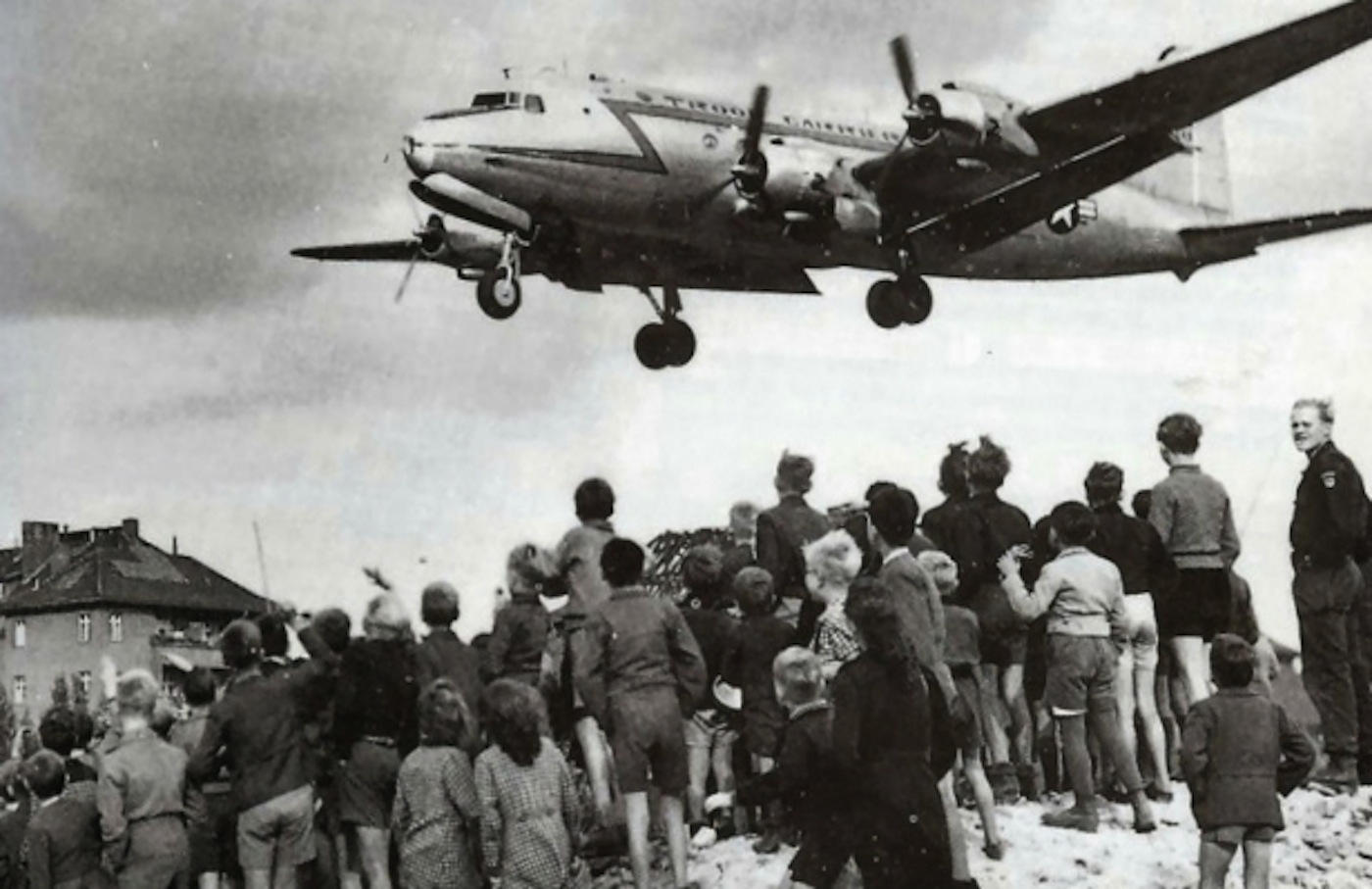 The US Air Force, one of many international militaries who delivered food and supplies during the USSR’s blockade of West Berlin, is seen here flying overhead in a Douglas C-4 Skymaster. (United States Air Force Historical Research Agency)

On this day in 1948 the Soviet Union began blocking access to the Western sections of divided Berlin, in retaliation for the Allies’ declared intention to introduce a Western-backed currency into their territory. It would have likely been adopted by people in East Berlin as well, and the Soviets wanted to control the flow of legal tender in their territory. The United States led the effort to bypass the blockade via an airlift of goods into the city, which the Soviets did not mobilize to stop. It was an early crisis of the first Cold War, and the tensions it involved—captured in this Nation editorial pleading for peace—sound eerily familiar as we waver perilously at the threshold of a second.

The Berlin Crisis may lead to an actual clash between Russia and the Western occupation powers, or it may be the point of departure for a new effort to reach general agreement; matters have been allowed to go so far that a mere truce seems to be ruled out. To hold a population of 2,500,000 on the verge of starvation for ten days and then, after a respite of a week or so, to begin the same game over again is an impossible strategy for the long run. This time, the choice is more drastic, with the tactics of cold war being rapidly left behind. Hope lies in the fact that the Russians have usually shown themselves prepared to backtrack when the further aggravation of an issue threatened to cut off their last avenue of retreat…. The Russians will persist in their present tactics only if they want a real showdown with the United States.