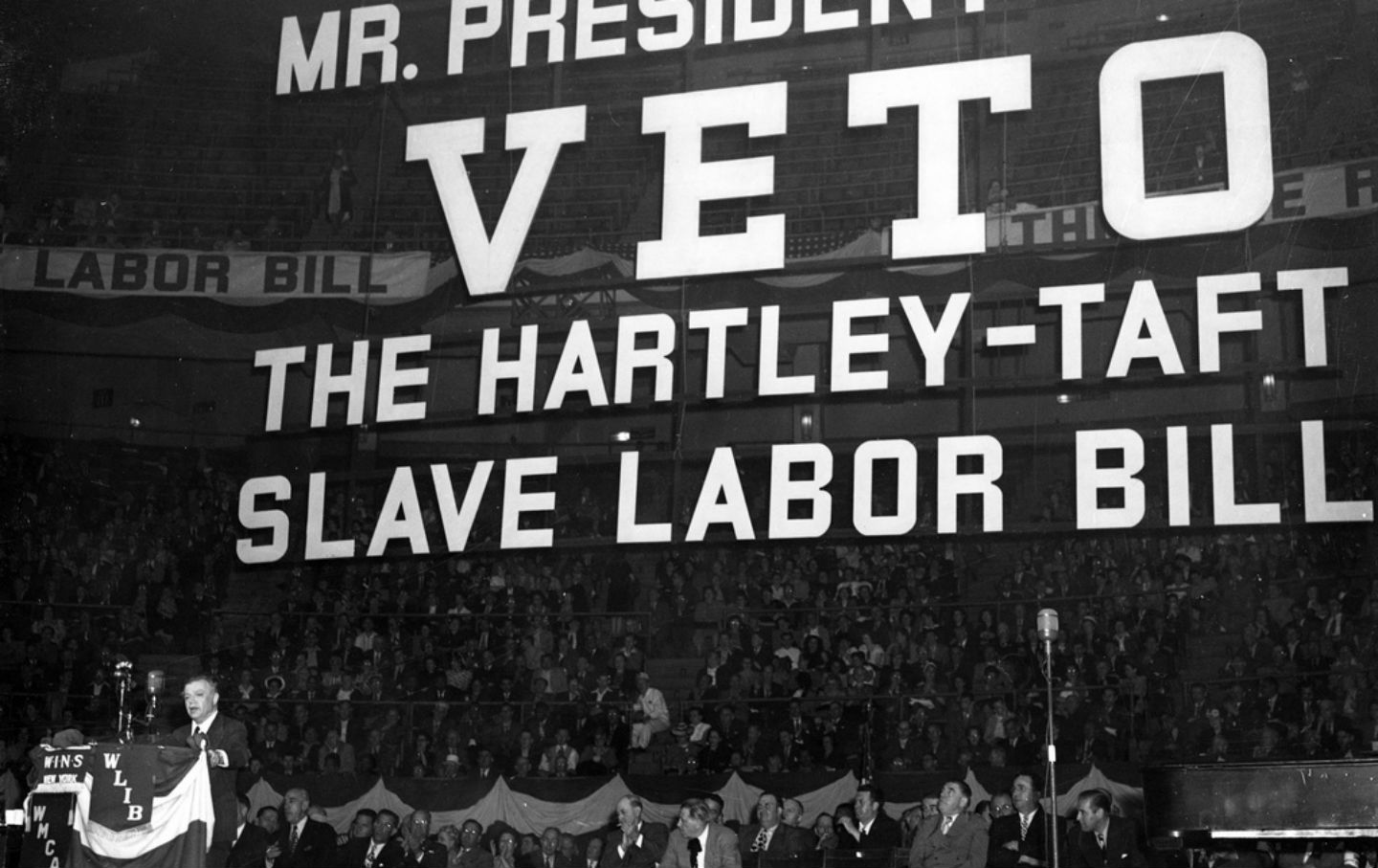 Labor leader David Dubinsky gives a speech in 1947 against the Taft-Hartley Act. (The Kheel Center for Labor-Management Documentation and Archives)

The Taft-Hartley Act severely limited the power of labor unions and was something of a roll-back of the National Labor Relations Act, a cornerstone of the New Deal. Among other provisions, it limited the right to strike, prohibited closed shops and required labor leaders to take an oath that they were not communists. It has been echoed in recent years by numerous states’ passage of “right to work” legislation and bills that curtail collective-bargaining rights for public-sector workers. Though Congress passed Taft-Hartley over President Truman’s veto, The Nation saw some cause for hope in the mere fact of Truman’s resistance:

The President’s veto of the labor bill has drawn a sharp issue at a point where it should be drawn. Had political considerations and the knowledge that he would almost certainly be overridden induced him to let the bill pass into law unchallenged, then the direst prophesies of an inevitable reactionary trend would have been fulfilled. He has give American liberalism the fighting chance that it seemed to have lost with the death of Roosevelt. Not only did his action unite all branches of the labor movement as a potentially powerful political force, but his clear-headed analysis of a bad bill was a hopeful sign that the Administration was getting back on the Roosevelt trail. Until now, President Truman, in the interests of a phony conception of national unity, has attempted a working compromise with the reactionary forces of both parties which are in effective control of Congress. The Republicans and Southern Democrats should perhaps be thanked for putting their position so baldly that, this time, compromise was impossible. Now the fight begins, and it will carry on until the votes are counted in ’48. What must be remembered is that the battle cannot be won by vetoes. A bad bill has become bad law, and we may expect the consequences the President predicted. But the resultant industrial strife must not distract the labor and liberal movement from the main task before it—the task of sending to Congress in 1948 men who would be incapable of repeating what the nation has witnessed in Washington this last week.