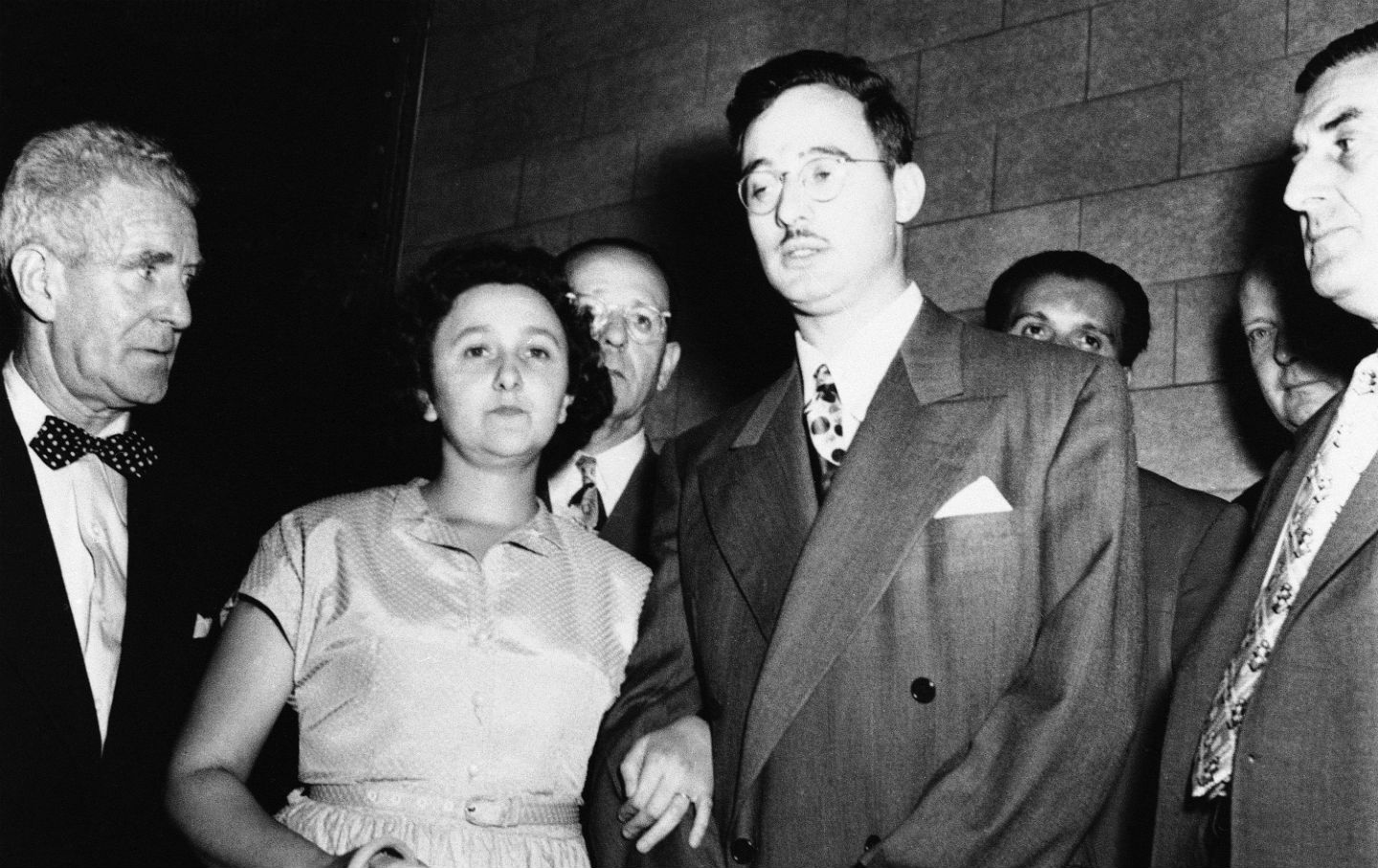 The Nation had for years argued that the Rosenbergs were likely innocent of leaking nuclear secrets to the Soviets, and that there was enough reasonable doubt surrounding the case to spare them from execution. The latest evidence, however, seems to indicate that Julius was guilty, though Ethel was likely not. The following letter to the editor, written by one Dell H. Hymes of Bloomington, Indiana, was published in the issue of July 11, 1953.

Dear Sirs: The Nation was among the few with the courage to ask clemency for the Rosenbergs, and I am proud to be one of its readers. In this it showed deeper concern for our country than those who sought their death…. Abroad this execution will be thrown in our faces for a long time to come. Here at home it shows how far the war orientation has triumphed; would two young parents have been denied clemency five years ago? As more and more factors pointed toward doubt and urged clemency, what sort of government was it that grew more insistent on death? Was it afraid to let them live?… It was clear that the Rosenbergs could have escaped death by a confession. Even those who believe them guilty must admire their moral courage during two years in the deathhouse.