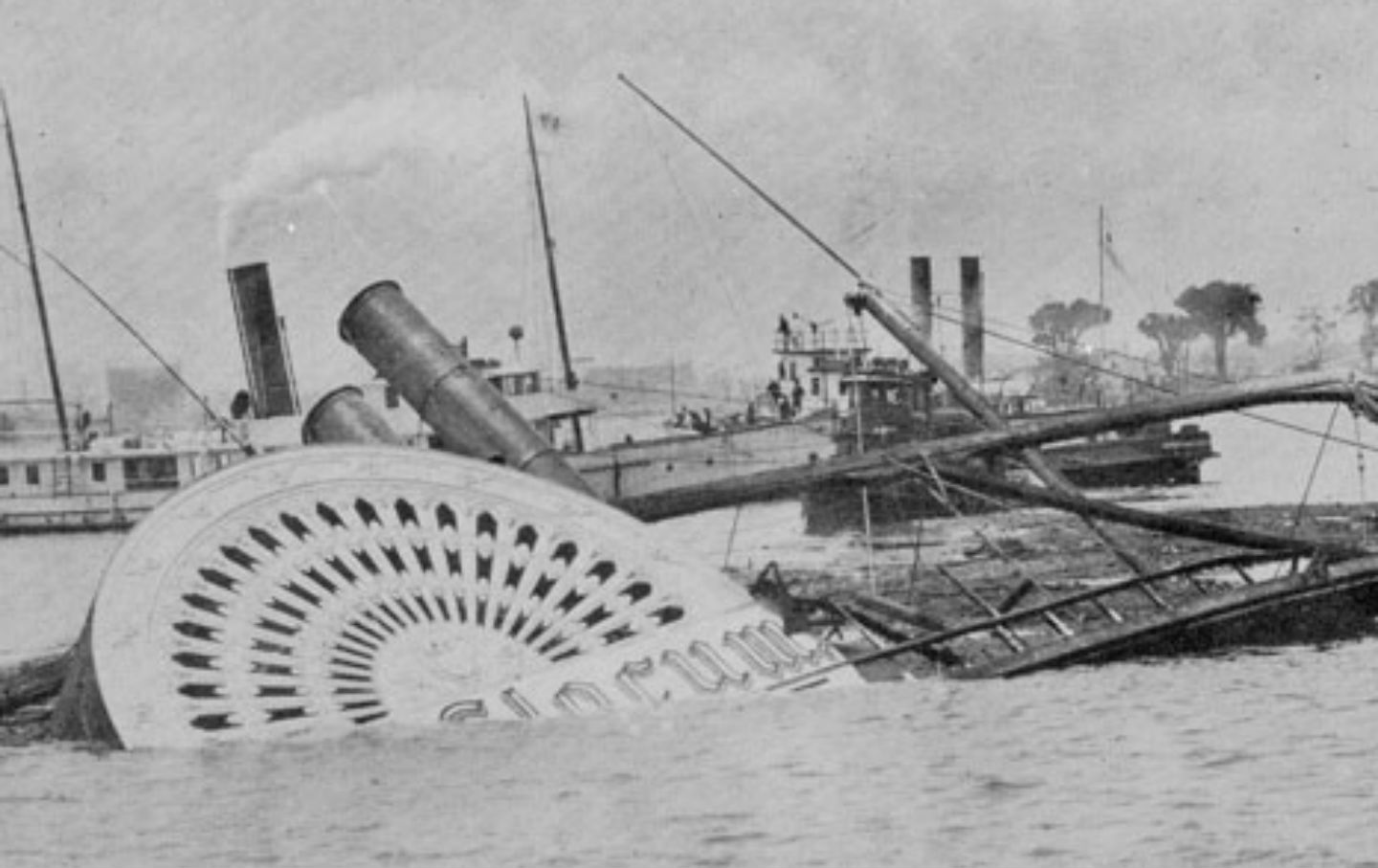 The PS General Slocum passenger steamboat which listed before it sank after a fire broke out. Over 1,400 passengers, mostly women and children, were onboard. (Wikimedia Commons)

The Slocum had been chartered by an East 6th Street church for its annual excursion on the East River; the congregation was decimated by the disaster, the largest loss of life in New York City until September 11, 2001. The Nation wrote about the disaster in a brief editorial note:

Words are too feeble to express the pity and the horror of the General Slocum disaster. The character of the victims—women, mostly, and children of tender years—the swiftness of the destruction that has overtaken half a modest parish, the terror of sweeping flames, and of loaded decks collapsing into the furnace below—all these heart-rending features of the tragedy strain the compassion of the mere reader to the point of numbness. The coroner’s inquest has already brought out the facts that the examination of life-preservers was perfunctory, that the fire apparatus was not inspected at all, that the second officer had never taken out a mate’s license, that no fire drill had been held with the present crew, that the crew itself contained a number of incompetents. Thus, step by step, the responsibility is driven home, on the one hand to the owners of the boat, on the other to the steamboat inspectors. Both, it appears, willingly took desperate chances with the lives entrusted to their vigilance. The owners who manned their boat with the riffraff of the docks and maintained unlicensed officers, assumed that no better class of men would ever be needed, just as the manufacturers who supplied worthless life-preservers figured that they were to be paid for and exhibited in racks—never used in the water.