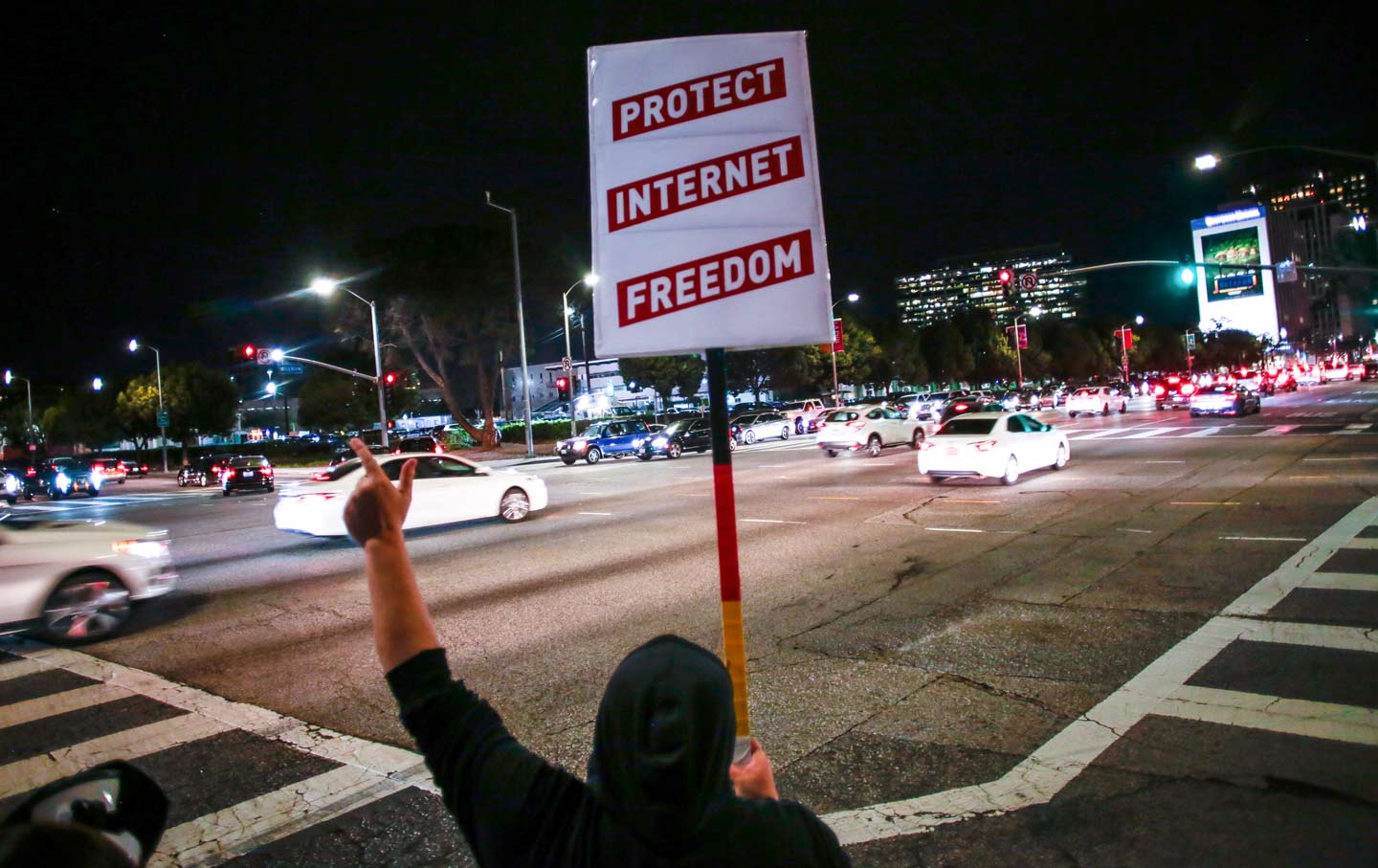 Last week, the Federal Communications Commission (FCC) entered its plan to destroy net neutrality, the concept that all content on the Internet be treated equally, into the Federal Register. If members of Congress are going to repeal the plan and save the open Internet, they now have fewer than sixty legislative days to act.

We can win this. In the Senate, we’re just one vote away. Today, The Nation is partnering with organizations and companies including Reddit, the ACLU, and Etsy for a Day of Action to get that #OneMoreVote. In our Take Action Now newsletter this week, we highlight three ways you can join us.

Head to BattlefortheNet.com to help flood Congress with calls today, then send your representatives a letter. This is particularly crucial if you live in Louisiana, Florida, Alaska, Ohio, Colorado, Utah, Kansas, or Nevada—senators in these states have indicated that they’re on the fence!

Nearly all politicians boast about their support for local businesses, a constituency that needs net neutrality to reach customers. Use this tool created by Fight for the Future, Free Press Action Fund, and Demand Progress, to tweet at businesses in your state and urge them to sign an open letter to Congress. You can also add businesses or tweet at some in other, key states. If you’re a business owner yourself, you can sign the letter here.

After we win in the Senate, we’ll still have the House to convince. Sign up to help organize for net neutrality in your district. Fight for the Future will be in touch to plug you into efforts to organize with local groups or businesses, or to plan demonstrations.