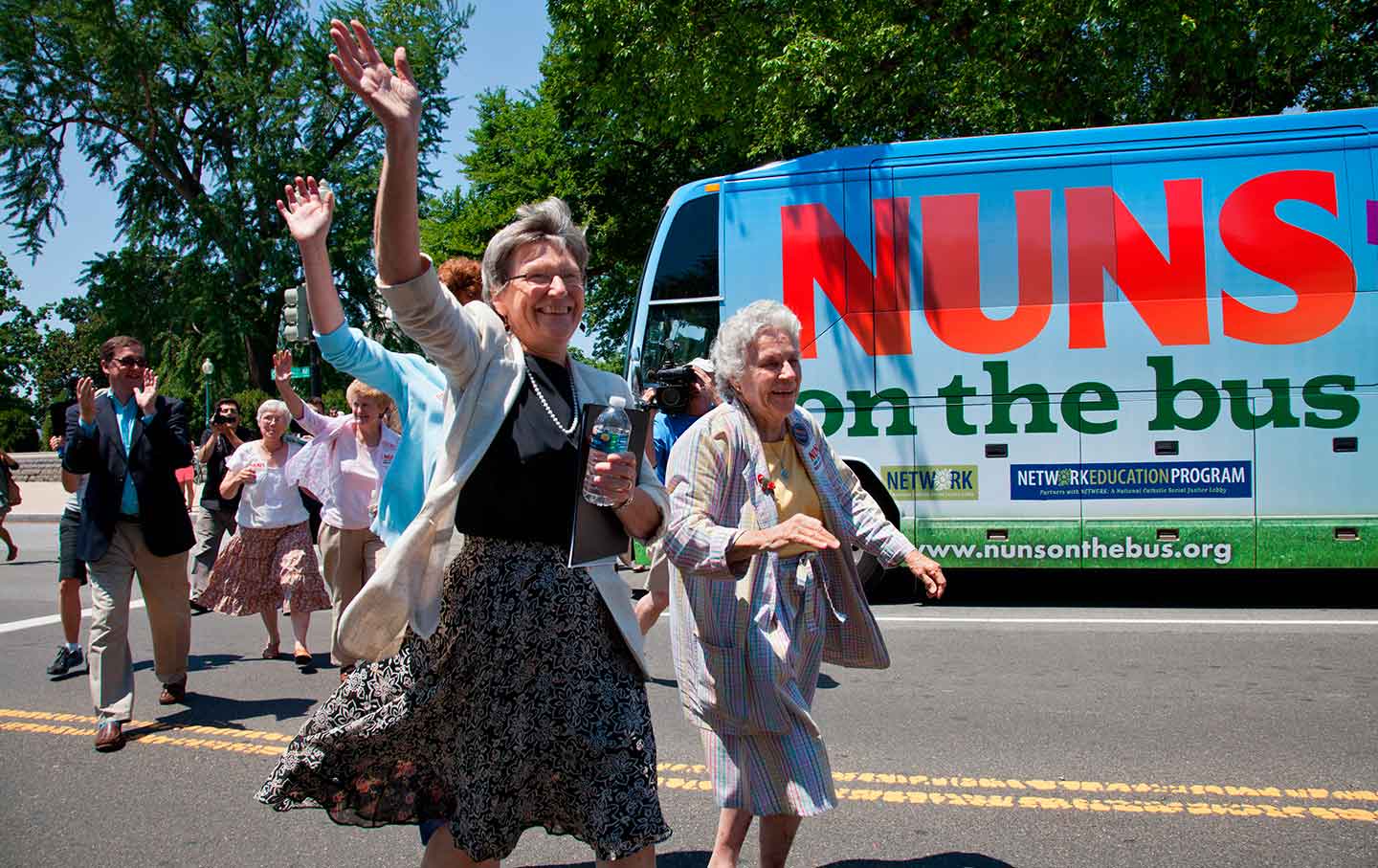 It is hard enough to keep up with the multitudinous immoralities of the Trump administration. But when the president’s aides and apologists invoked the Holy Bible to justify their noxious wrongdoing, well, that was enough to take your breath away. Unless you’re Sister Simone Campbell, the determined social- and economic-justice advocate who perfected her speaking-truth-to-power skills when she was challenging the austerity-and-inequality agenda of House Speaker Paul Ryan and a right-wing Congress.

Last week, Attorney General Jeff Sessions utilized the Bible as a tool for defending Trump administration immigration policies. “I would cite you to [sic] the Apostle Paul and his clear and wise command in Romans 13, to obey the laws of the government because God has ordained the government for his purposes,” announced Sessions, as he referenced a Bible verse that was once employed as a defense for slavery. “Our policy that can result in short-term separation of families is not unusual or unjustified.”

Asked to provide the clarity that was lacking in Sessions’s statement—by a reporter who wondered, “Where does it say in the Bible that’s moral to take children away from mothers?”—White House press secretary Sarah Sanders offered an assertion of her own: “I can say that it is very biblical to enforce the law. That is repeated throughout the Bible.”

Yes, but is it really the purpose of the scriptures to comfort the powerful as they afflict immigrants and their children?

Sister Simone wasn’t buying it. “Give me a break,” she said, “‘it is very biblical to enforce the law’ couldn’t be further from the truth.”

The executive director of Network, the national Catholic social-justice lobby, took to Twitter to declare: “It is very biblical to love one another, support families, welcome the stranger, Hunger and thirst for justice. It is NOT biblical to create bad orders and force ICE to tear families apart. WE ARE BETTER THAN THIS SCANDALOUS BEHAVIOR AND OUTRAGEOUS JUSTIFICATION!”

Sister Simone put scripture to good use as she distinguished between just and unjust laws, explaining that “Saint Augustine said, ‘An unjust law is no law at all.’ It is very biblical to enforce just laws, not this travesty.”

Sister Helen Prejean, the anti–death penalty activist, asked: “Why is the Attorney General of the United States quoting the Bible to justify an immoral law?”

While all of these critiques were vital, and instructive, Sister Simone settled the debate by pulling out the 1903 Catechism and pointing to the section that reads: “If rulers were to enact unjust laws or take measures contrary to the moral order, such arrangements would not be binding in conscience.”