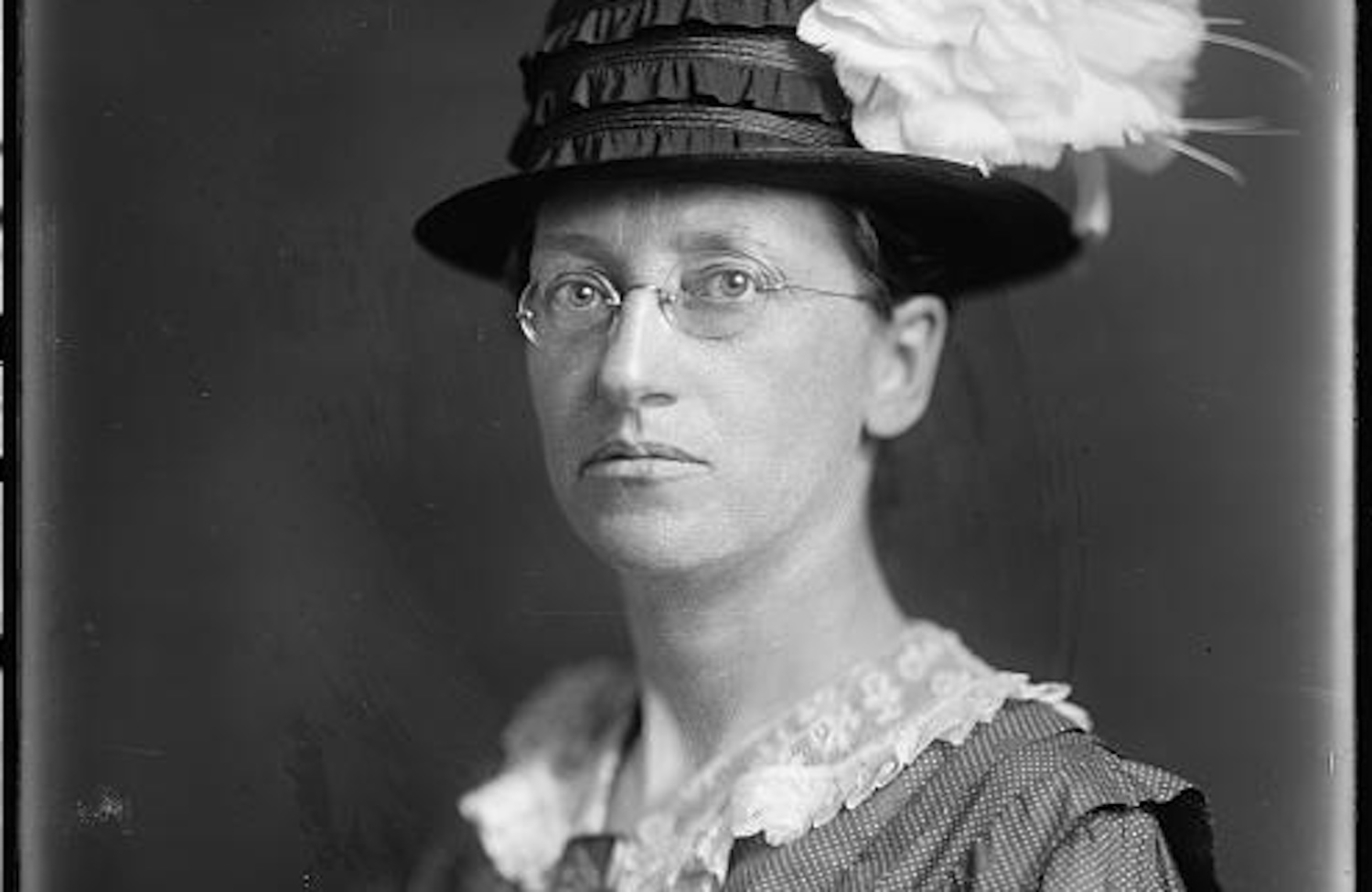 Nation editor Emily Balch, in an undated photo, who received the Nobel Prize in 1946 for her work with the Women’s International League of Peace. Photo via the Library of Congress’ Prints and Photographs Division.

The Nation has had many Nobel Prize winners contribute to our pages over the years—certainly laureates in the categories of peace, literature, economics and physics; possibly also in chemistry and medicine. But we have had only one actual staff member who went on to win the prize.

Emily Balch first contributed to The Nation in 1891, at just 24 years old, with a long and rigorous dispatch about a new law in France aimed at eliminating regressive property taxes. During World War I, Balch helped found the Women’s International League for Peace, and after the war, joined the staff of The Nation. She helped edit the new foreign affairs section with future Nation editor and publisher Freda Kirchwey, and wrote unsigned editorial blurbs for the magazine. Balch was known around the office for her habit of “absently nibbling raisins as she read clippings,” as Kirchwey’s biographer, Sara Alpern, has written. Disagreeing with Nation editor Oswald Garrison Villard’s firm stance against the League of Nations, Balch left the magazine in 1919 and joined the WILPF full-time.

The organization became a major force in the international peace movement and, based in Geneva, still thrives today. As The Nation marks its 150th anniversary in 2015, the WILPF celebrates its 100th. For her efforts, Balch won the Nobel Prize in 1946, sharing it with the Protestant youth leader John Mott. John Herman Randall Jr., who wrote this January 4, 1947, Nation appreciation of Balch, was a professor of philosophy at Columbia University.

In her association with The Nation group Miss Balch acted both as the ardent advocate of specific causes and as the informed expert bringing exact knowledge to bear on international issues. This double role was continued in her life-long devotion to the detailed problems of creating peace. In the peace movement she has been above all the practical and realist scholar. She is conscious of the number of different channels through which men can cooperate and distrusts sweeping governmental action from the top. She has always found special promise in the international administration of matters of common interest—in various kinds of functional international “authorities” or trusteeships to deal with specific problems. Miss Balch is well fitted to be a symbol of the whole body of voluntary workers for peace throughout the world. Never the narrow partisan of a single method, she has always gladly cooperated with organizations of very different shades of opinion, convinced that all are needed in the work of constructing peace and that in a pluralistic and not too centralized movement they can learn much from one another. With her dry and kindly sense of humor, her modesty, her integrity of mind, and above all with that priceless quality of spiritual intensity and vision, she has won the respect of sincere workers for peace everywhere. And in her they have all received recognition.