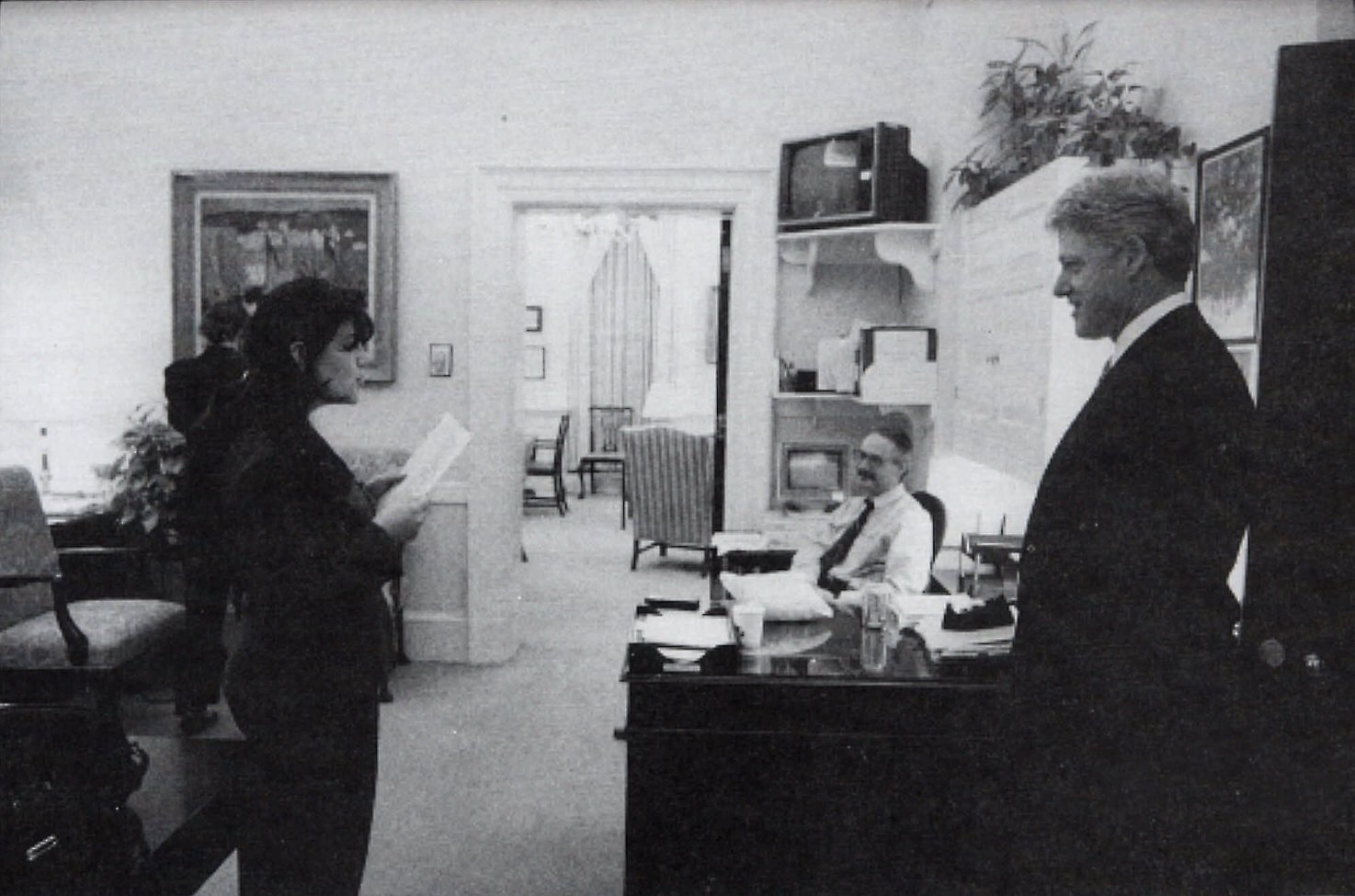 Bill Clinton and Monica Lewinsky standing outside of the Oval Office on November 17, 1995. Photo via the Associated Press.

Yes, The Almanac already covered the Clinton impeachment saga for our entry of January 7, the date in 1999 that the Senate trial began. But on this day, the seventeenth anniversary (didn‘t you know?) of the day the president denied having an affair with “that woman, Miss Lewinsky,” we are compelled by the laws of The Almanac to revisit the ordeal once again. In an editorial after the story broke, in our issue of February 16, 1998, The Nation connected Clinton’s “reckless private behavior” with his unprincipled political calculations:

Clinton’s crisis does provoke troubling reflection on the connection between the personal and the political. Regardless of the truth of Lewinsky’s claim, there’s no doubt that this President, so cautious in his public choices, is prone to reckless private behavior. If there’s a connection, it’s in Clinton’s telling remark to Jim Lehrer that some matters can simply be “put in a box.” For Clinton, that applies not just to rumors of his sexual conduct but to political loyalties and principles. Clinton vows fidelity to a program of social investment but instead cuts deficits; promises to protect the environment but then commits to a weak stand on global warming; pledges to build bridges to the future but then retains a cold war military budget. Everything can be put in a box except his own hubris.