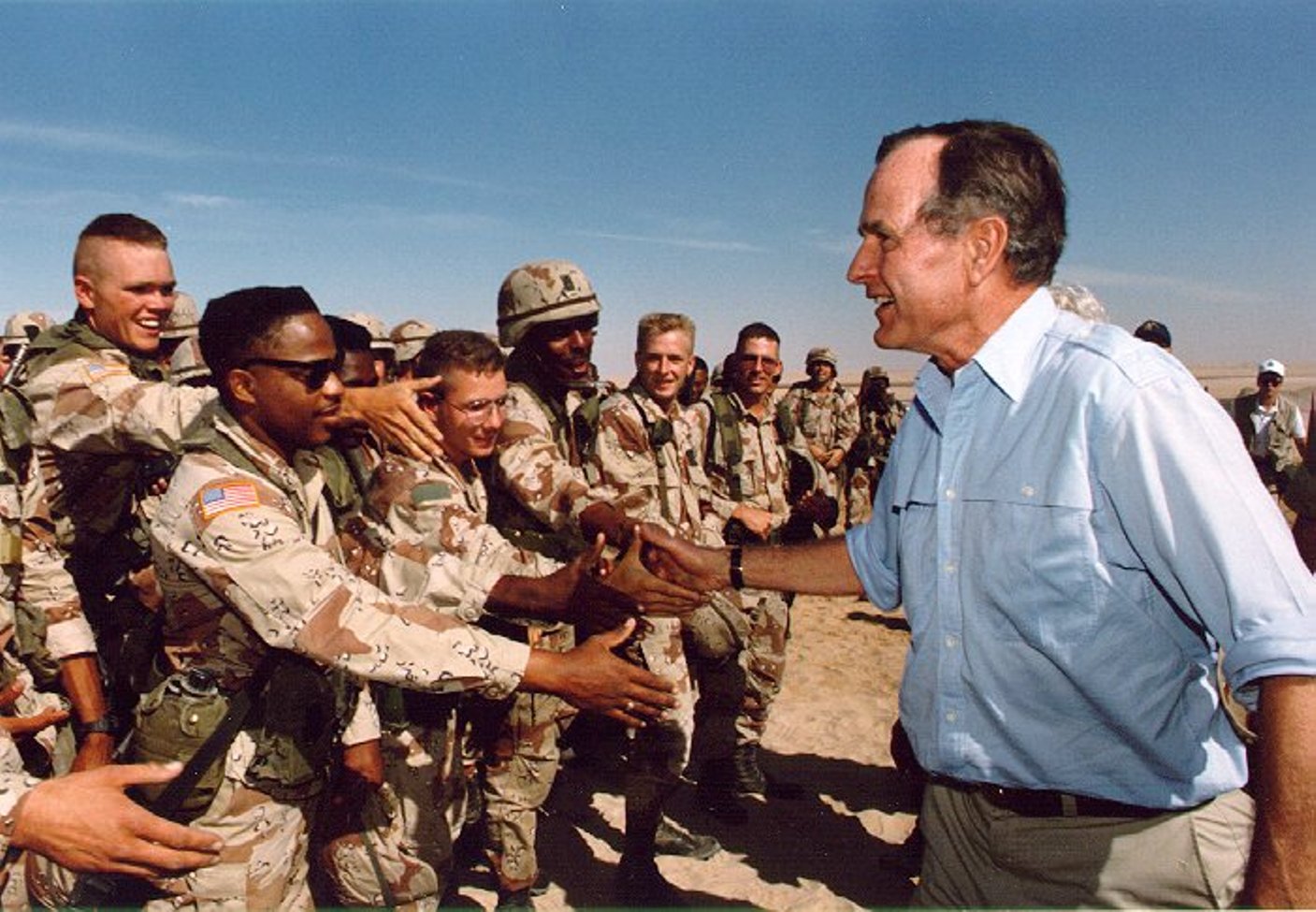 President George H.W. Bush with US troops in Saudi Arabia in 1990. Photo via Wikimedia Commons.

The United States had backed Saddam Hussein in Iraq’s long war with Iran, but by the time the war ended in 1988 Iraq was deeply in debt—not least to neighboring Kuwait. That and other disputes involving oil revenues led to Iraq’s invasion in August 1990. The White House rejected Hussein’s peace overtures, stating flatly that negotiations could not begin until Iraq withdrew from Kuwait. In The Nation of February 4, 1991, the great Andy Kopkind published a cover story, “The Wider War.”

If Bush does get his quick victory, the wider war will still be far from finished. The costs of victory are staggering, not only economically but in domestic and international political and moral costs. The restoration of a despised and degenerate emirate in Kuwait will not produce the stability the generals predict. The further militarization of America will not construct a stable society. Standards of living have been declining for twenty years; the structural flaws in the system have nothing to do with Saddam Hussein.

Part of the purpose of Bush’s action was to destroy the “post-Vietnam syndrome,” to show Americans that war need not be costly, either in lives or treasure. The job of the peace movement now is to expose all the expenses of the military/imperial project: not only for ourselves but for billions of people struggling and suffering, in confused and imperfect ways, to get some control over their lives and destiny. What we can call for now is talking, not bombing, disengagement, not confrontation, peacemaking rather than warmaking, and above all, respect for those who would be truly independent of the great power with the most hardware.