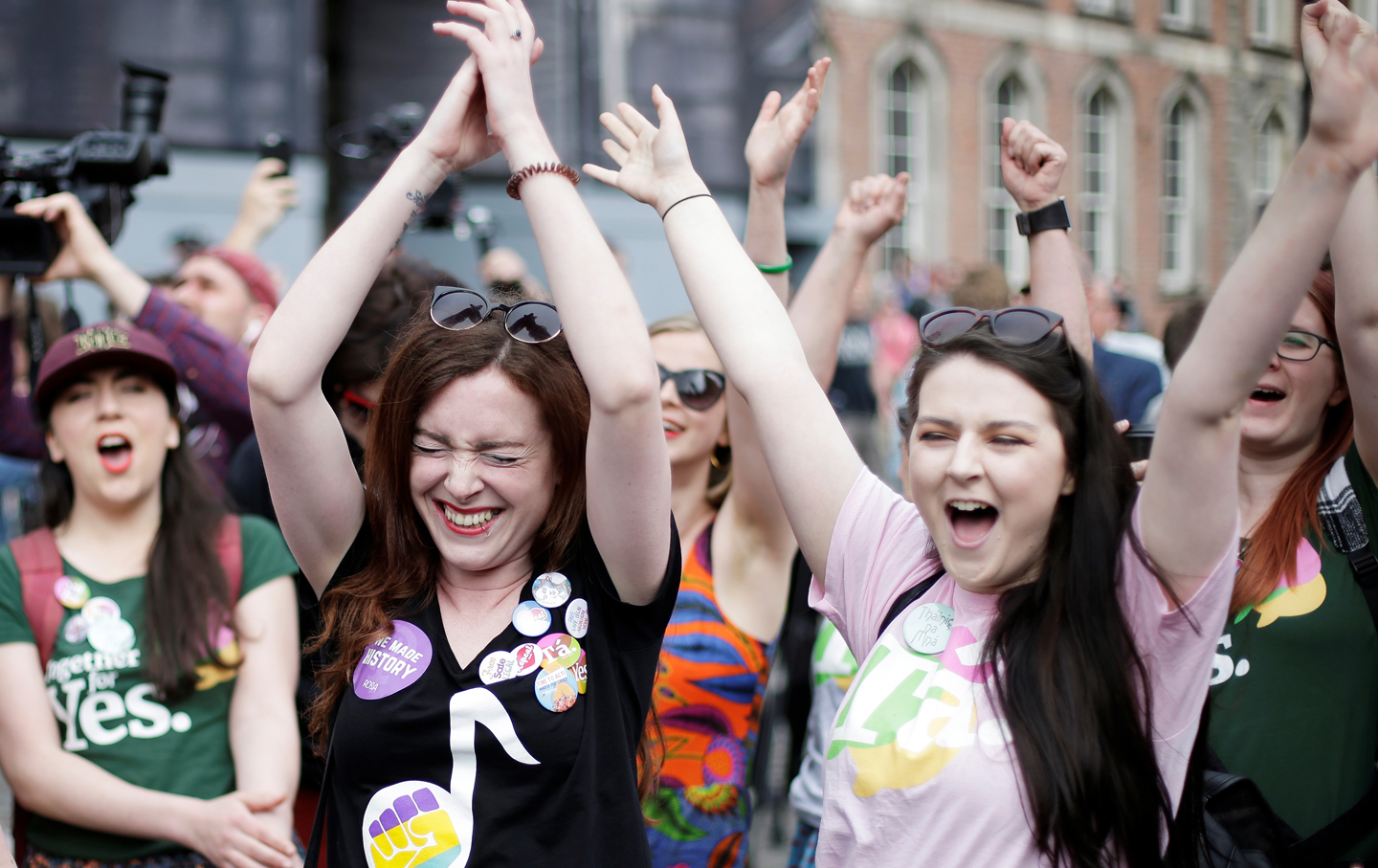 The vote to repeal the amendment banning abortion was supposed to be close. That was what the polls said, and that’s how the press reported it. That was how organizers for both sides thought it would go. But when the voting was over at 10 pm on May 25, the first exit polls showed Yes had achieved an electoral tsunami, crushing No by a two-to-one margin. I was with the psychiatrist Veronica O’Keane and other Doctors for Choice when the word came down, and I swear I saw them dancing in the streets that night.

At the Tally the next day, held at the sprawling RDS Simmonscourt Pavilion, usually used for equestrian events, the excitement continued. (The Tally is an Irish democratic ritual at which local ballots, all paper, are counted in public at long tables by citizens while other citizens keep a watchful eye, and people mill about drinking coffee, meeting friends, and trying to keep track of their children.) I had to look hard to find No campaigners, and when I finally did come across a small group, they declined an interview. “I’m all out of words,” said a pleasant, well-dressed, middle-aged woman sadly.

Yes campaigners had no such problem. “I’m gobsmacked!” said Clara Fischer, whom I’d shadowed going door-to-door in Donnybrook the previous Sunday with decidedly mixed results. “Everyone is crying with relief and joy,” said a young, blue-lipsticked member of ROSA, the socialist feminist group that put on some of the cleverest publicity stunts, like dressing up as Handmaids in red cloaks and white headdresses while parading on O’Connell Bridge. “It’s feminist Christmas,” said Mairead Enright of Lawyers for Choice. “War is over if you want it.”

Dressed in a gorgeous maroon-and-gold sari with an embroidered black shawl folded neatly over her arm, Shampa Lahiri was a haunting reminder of a casualty of that war: Savita Halappanavar, the young dentist who died after days of agony in a Galway hospital in 2012 because doctors refused to complete her protracted miscarriage as long as the fetus had a heartbeat. Savita’s death was the inevitable outcome of the Eighth Amendment, which gives equal value to the life of the “unborn” and the pregnant woman, and it jump-started the movement to change the law. During the campaign, pictures of Savita in beautiful Indian dress were everywhere. While the No side attributed her death to a medical mix-up, her parents and husband eloquently urged a vote for Yes. “I campaigned in this dress,” Lahiri told me, both to remind people of Savita and to make the point that “this is a global struggle.” 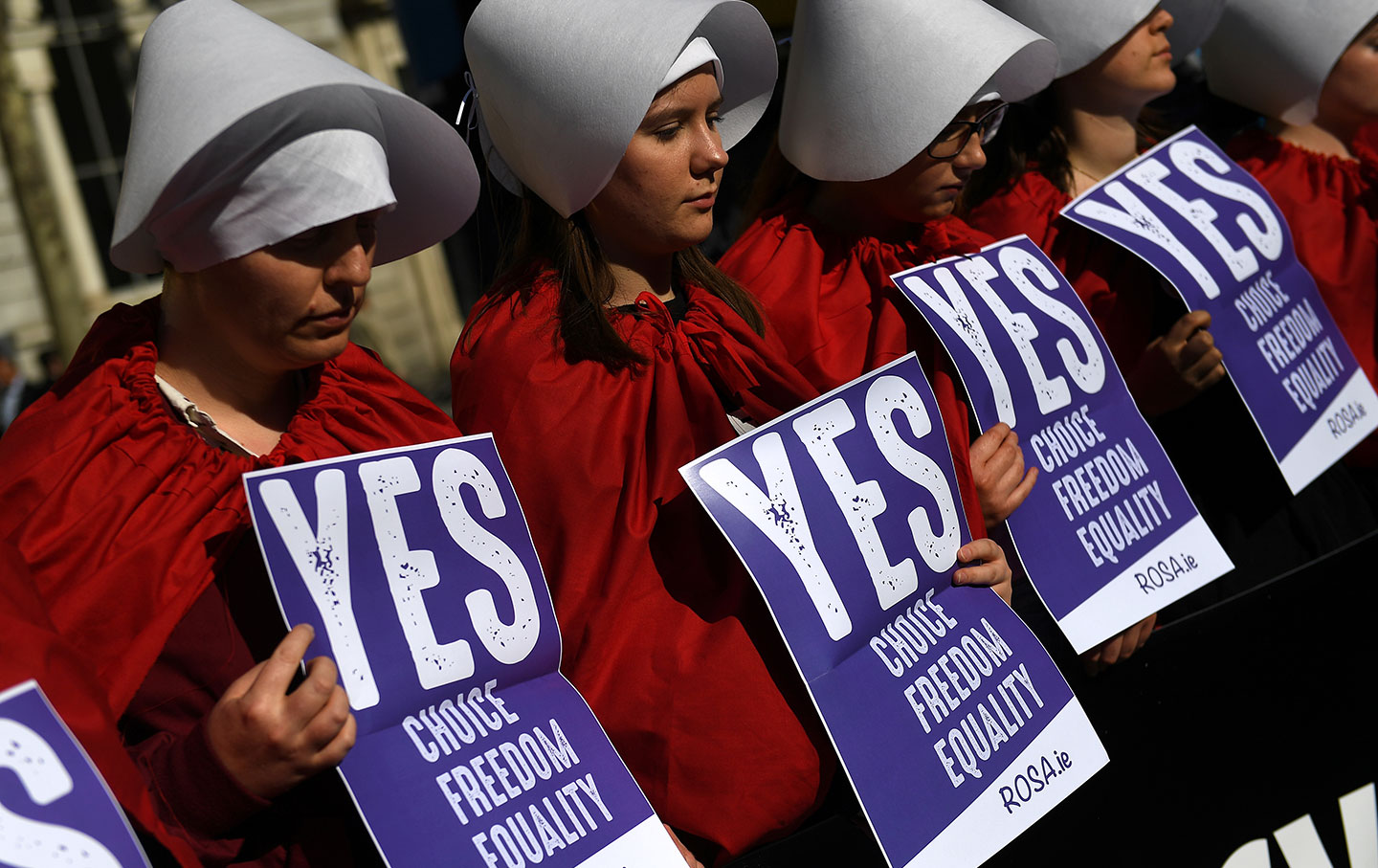 Will Ireland Vote to End Its Constitutional Ban on Almost All Abortion?

At Dublin Castle later on Saturday, a loud and joyful crowd of all ages packed—and I mean packed—into the courtyard to hear the official count announced in Irish and in English: 1,429,981 for Yes, 723,632 for No, or 66.4 percent to 33.6 percent. More important than the exact figures, though, was the fact that Yes swept almost every demographic: urban and rural (every county but Donegal, up at the border with Northern Ireland, voted for repeal), women (70 percent) and men (65 percent), young and not so young: Only over-65s were majority No. What this means in practical political terms is that the government will have strong support for its proposed law permitting abortion up to 12 weeks: People knew this was the plan when they voted for repeal.

The larger meaning is that Ireland has changed for good. Prime Minister Leo Varadkar called it a “quiet revolution.” Others were less measured. “We not in the dark ages any more.” “We’ll never go back.” “Twenty years ago we started rocking the cradle when we elected Mary Robinson,” said one woman who identified herself only as Irish. “Now we’re putting the last nail in the coffin.”

A circle of women in the crowd sang—jubilantly, solemnly, with raised fists—the beautiful, old, working-class feminist anthem “Bread and Roses.” That was when I started to cry.