This past Friday, the Kansas US Attorney’s Office filed federal charges against three men who had been actively conspiring to bomb an apartment complex and mosque in Garden City, Kansas, where 120 Somali Muslim refugees live and worship. The men, who are members of an anti-government, anti-immigrant, anti-Muslim group called The Crusaders, had planned to carry out their attacks on the day after the November election.

The United States of Anxiety, Episode 4: The Media That Created Trump

The US Attorney’s formal complaint detailing the Kansas plot provides terrifying, insights about the extent of the hate and bigotry targeting Muslim communities. In it, we learn about the active surveillance and stockpiling of ammunition and firearms that the three suspects—Curtis Allen, Gavin Wright, and Patrick Stein—engaged in for at least eight months. For example, on one surveillance mission, Stein yelled at Somali women who were wearing the hijab, calling them “fucking raghead bitches.” On a conference call with his co-conspirators, Stein declared that “when we go on operations there’s no leaving anyone behind, even if it’s a 1-year-old, I’m serious.” On another call, Stein stated: “The only fucking way this country’s ever going to get turned around is it will be a bloodbath and it will be a nasty, messy motherfucker. Unless a lot more people in this country wake up and smell the fucking coffee and decide they want this country back…. we might be too late, if they do wake up…. I think we can get it done. But it ain’t going to be nothing nice about it.”

In the current political season, groups like the Crusaders are acting more visibly and brazenly, according to an investigation by reporters Sarah Posner and David Neiwert. They write in Mother Jones: “Trump’s tacit welcoming of…hate groups into mainstream American politics will have long-lasting consequences, according to these groups’ own leaders, regardless of the election outcome.”

These days, I find myself more worried about the aftermath of the election than the election itself. Regardless of who prevails, the climate of divisiveness and hostility in the country—which has in its crosshairs those who are Muslim or perceived to be Muslim—won’t disappear overnight. What happened in Kansas is not an anomaly but rather an outgrowth of the anti-immigrant, anti-Muslim climate in our nation.

Indeed, in Kansas, where many Somali refugees work in meatpacking factories, the governor has refused to admit Syrian refugees, and anti–immigrant voter legislation, spurred on by Secretary of State Kris Kobach (who is also the author of the Arizona “show me your papers” law) is creating voting barriers.

We can no longer turn a blind eye to domestic terrorist threats whose targets are communities of color, immigrants, and refugees, or pretend that the divisive policies and rhetoric implemented and used by political leaders has little influence on public opinions and actions. The Kansas plot should be our national wake-up call that defeating Donald Trump on Election Day will not wipe away the momentum of hatred and bigotry that has emerged during this political season. 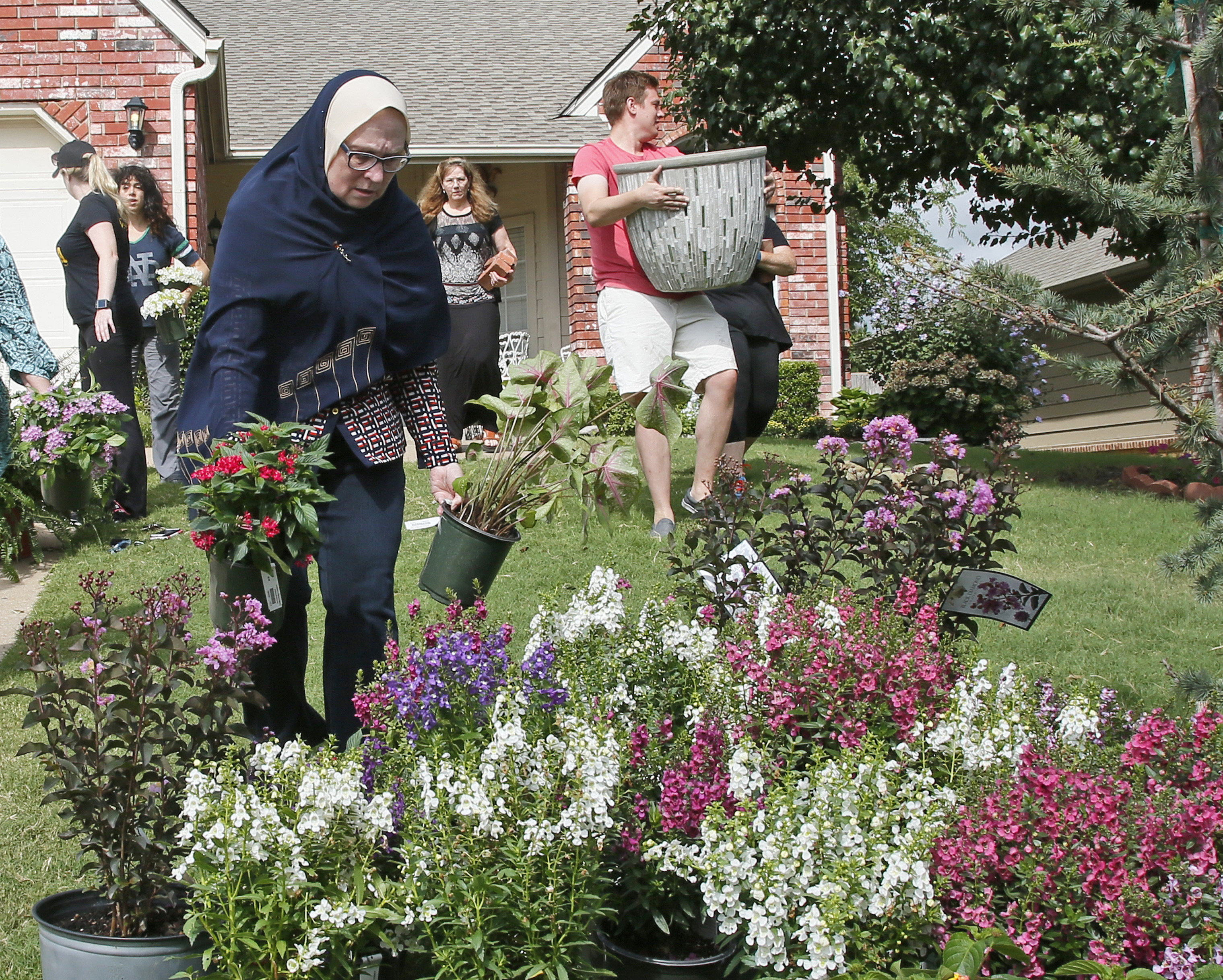 For Muslim, Arab, South Asian, and Sikh communities, organized hate groups are only one aspect of the overall hostile climate. In the decade and a half since the 9/11 attacks, our community members have faced violence and discrimination in the streets, on airplanes, in schoolyards, and at workplaces. This backlash has become worse over the past year. In fact, according to a report from the Center for the Study of Hate and Extremism at California State University (San Bernadino), hate crimes against Muslims and those perceived to be Muslim reached unprecedented levels in 2015. (In light of the uptick in anti-Muslim backlash, over 70 groups recently asked the Department of Justice to robustly enforce anti-discrimination laws to protect the civil rights of Muslim, Arab, and South Asian communities who contend with bullying, harassment, and violence.)

Just this month for example, a Pakistani-American first-grader, Abdul Aziz, stepped off a school bus in Cary, North Carolina, with bruises that he claims were inflicted on him by other classmates who made fun of his name, punched and kicked him, and twisted his arm while saying “Muslim” over and over.

This incident came on the heels of another that occurred in Richmond, California. Maan Singh Khalsa, a Sikh American, was driving home from work when two men assaulted him through an open car window. After yelling, “Cut his fucking hair,” they allegedly pulled Khalsa’s head out of the window, cut a fistful of his hair with a knife, and hit him in the face. The District Attorney’s Office in Contra Costa County has filed hate-crime and assault charges against the two men. 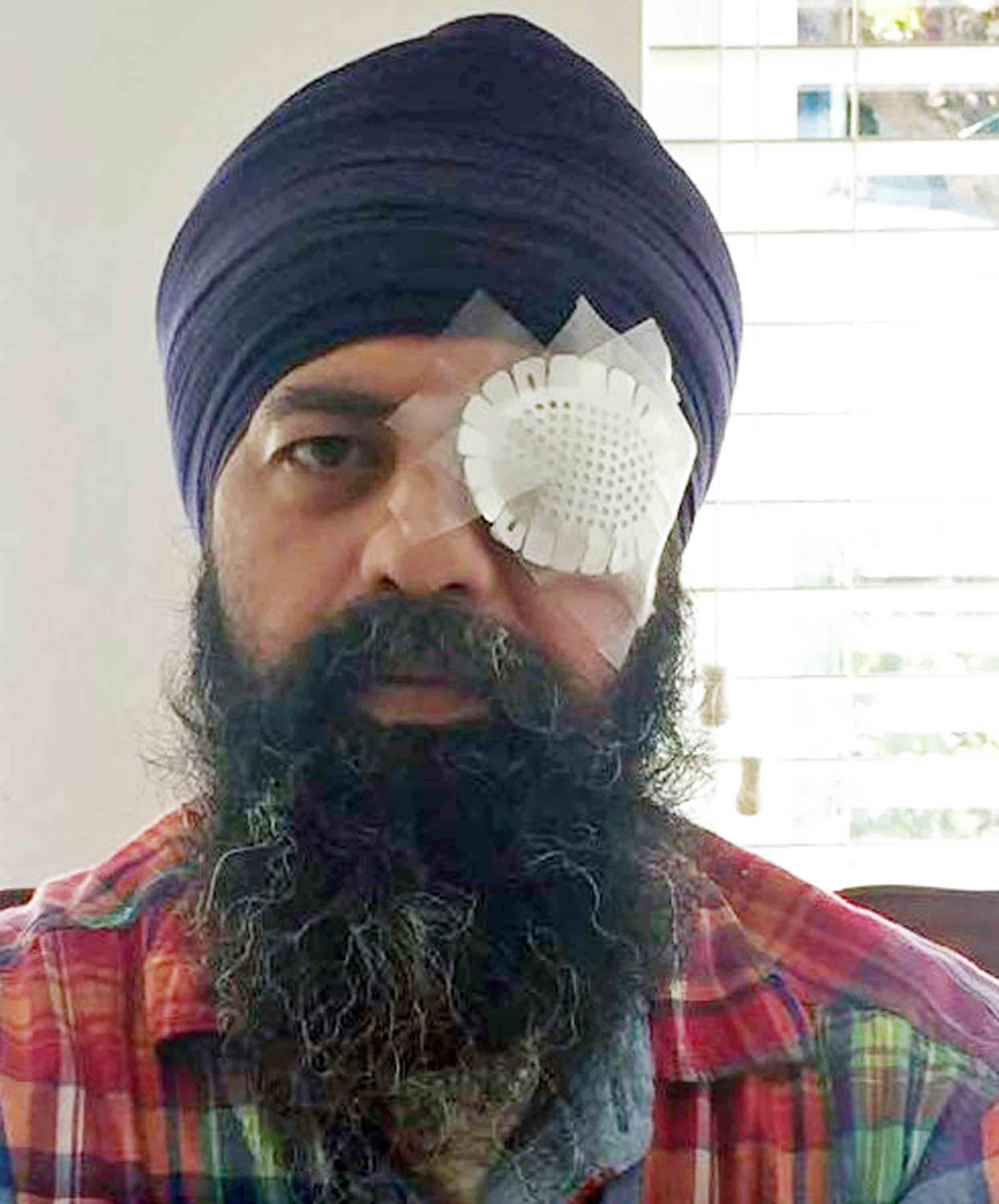 Maan Singh Khalsa after he was beaten on September 25 in Richmond, California. (AP Photo / The Sikh Coalition)

These two disturbing events follow a summer of anguish for Muslim, South Asian, Arab, and Sikh communities. Almost every week, we heard news of vandalism to places of worship, physical assaults, and the stories of passengers being removed from airplanes. In late August, Nazma Khanam, a 60-year-old Bangladeshi Muslim woman in the New York City community of Jamaica (Queens) was killed—just three weeks after a Bangladeshi imam and his assistant were murdered while walking in their Queens neighborhood after Friday prayers. In the middle of August, Khalid Jabara, a Lebanese American and Christian man in Tulsa, Oklahoma, was killed by a neighbor who had a history of making racial slurs about Arabs. The election cycle, with its share of xenophobic and anti-Muslim rhetoric, has made a difficult situation even worse.

When we watch the election results come in a few weeks from now, we will mark the end of the current political circus. But on November 9, we must begin to take stock of the damage that it has wrought on the American landscape. We have to be ready and willing to disrupt the harmful and misleading narratives that have emerged in this election cycle about immigrants, refugees, Muslims, and communities of color.

This means that political leaders must promote policies and practices that directly address anti-Muslim bigotry once and for all. Responses to countering Islamophobia cannot begin or end with references to national counterterrorism programs and exhortations for Muslims to “see something, say something.” Instead, political leaders must clearly acknowledge the long-lasting impact of Islamophobia on Muslim, Arab, and South Asian communities, and support legal, mental-health, and educational solutions. Additionally, policy-makers and law-enforcement agencies must focus on how to thwart and prevent threats and acts of domestic terrorism that continue to target Muslim, Arab, and South Asian communities in particular—such as the 2012 massacre at a Sikh gurdwara in Oak Creek perpetrated by a man with ties to white-supremacist groups; the plans made by former congressional candidate Robert Doggart to firebomb a Muslim community in upstate New York; and the recent plot in Garden City, Kansas.

We also need to create opportunities for courageous leadership to emerge in our schools, nonprofit organizations, places of worship, city councils, and neighborhoods. City-council members and state legislators must acknowledge anti-Muslim bigotry and call for an end to it in speeches, laws, and resolutions, as some already are doing around the nation. Community-based organizations should receive adequate resources to move beyond crisis-response work to community empowerment and multiracial solidarity efforts that address racial, gender, and immigration-justice issues in a rapidly shifting demographic landscape. Churches, synagogues, and temples can proactively reach out to local mosques and gurdwaras, while educators and school administrators can create curricula and learning opportunities for students to dialogue about implicit and institutional racism in our schools and on college campuses.

We cannot afford to rest too long after Election Day. The long march towards justice will continue. And we will need even more foot soldiers to join the journey.