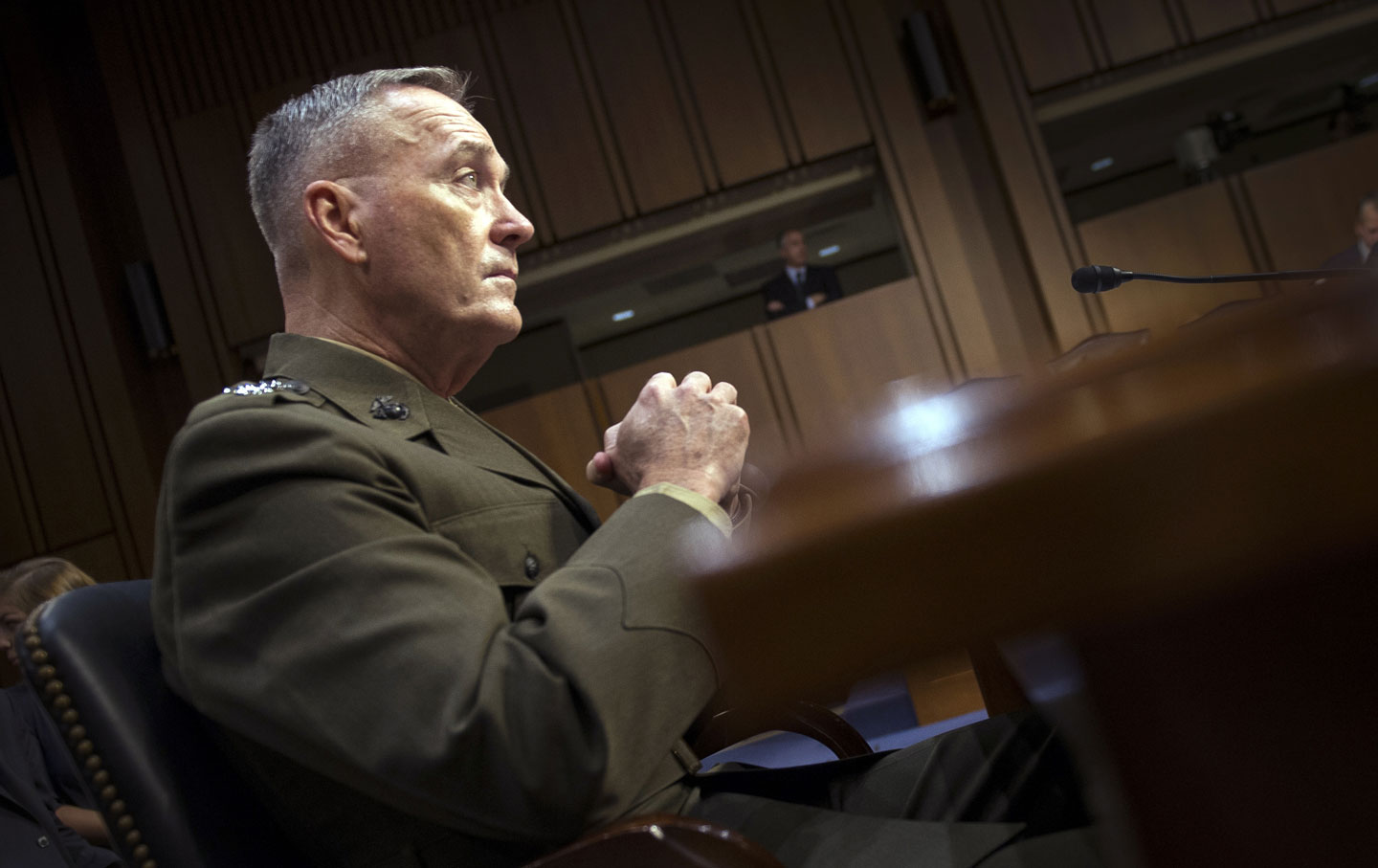 The war party is growing restive.

Reports of a deadly shootout between neofascist Right Sector volunteers and Ukrainian police in government-controlled western Ukraine was quickly followed by news that the international community reached a historic deal with Iran over its nuclear program.

As news of these developments began to ricochet through the corridors of Capitol Hill, the frustration and alarm of some of the leading members of Washington’s war party increased markedly.

With legions of allies in the Congress, in the administration, and in the military, the faction led by Senator John McCain (R-AZ), Defense Secretary Ashton Carter, Assistant Secretary of State Victoria Nuland, and NATO Supreme Allied Commander Philip Breedlove has, to date, successfully pushed the president towards taking a more hawkish line towards Russia, with NATO stationing, for the first time, tanks, troops and ordnance on Russia’s western frontier. In addition, on Monday, Lt. Gen. Ben Hodges, commander of US Army forces in Europe, told reporters at the Pentagon that he is planning to train Ukrainian army troops beginning in November. This would come on the heels of the US Army’s current program of training Ukrainian Interior Ministry forces.

The hysteria over Russia’s alleged provocations in Ukraine has reached such a point that at a Senate Armed Services Committee hearing last week, President Obama’s nominee to succeed Gen. Martin Dempsey as Chairman of the Joint Chiefs of Staff, Gen. Joseph Dunford, testified that he believed Russia posed “the greatest threat” to US national security. The hearing, chaired by none other than Senator John McCain, was less a confirmation hearing than a forum for the War Party to vent its copious frustrations with what it sees as President Obama’s dangerously naive foreign policy.

To no one’s surprise, the committee asked Dunford about the advisability of sending weapons to Ukraine, a policy the president has so far opposed. Dunford noted, “Frankly…without that kind of support, they [the US–backed government in Kiev] are not going to be able to defend themselves against Russian aggression.” To Dunford, arming Kiev seems “reasonable.”  Yet far from being reasonable, arming the government in Kiev will make a wider conflagration all the more possible, increase civilian casualties, upend the Minsk Accords, and possibly provoke further Russian operations in the eastern part of the country.

This morning, the Armed Services Committee reconvened in order to lend its imprimatur to Gen. Paul J. Selva, President Obama’s nominee for vice chairman of the Joint Chiefs of Staff. And yet again, the hearing served as yet another opportunity for the leading members of the congressional war party to indulge in alarmist and, frankly, militaristic, rhetoric designed at scaring the public and intimidating its opponents.

Sen. John McCain began by lamenting that, in his view, sequestration spending “puts American lives at risk.” He quickly got to Russia, naming it, alongside ISIS and Iran as the top threats facing the United States. McCain then turned his attention to Selva, wishing to get the General’s opinion of Dunford’s view that Russia poses “the greatest” threat to US national security.

In response, Selva actually went one better than Dunford, naming Russia, China, Iran, North Korea and the threats posed by violent Islamist jihadists as the greatest threats to US national security “in that order.” What is more, according to Selva, Russia, unlike ISIS, poses an “existential threat” due to its possession of both conventional and nuclear forces.

Worryingly, the testimony of Generals Dunford and Selva points to something of a pattern with President Obama’s appointees. As Yale’s David Bromwich recently noted in Harper’s Magazine, “When Obama entered the White House it was imperative for him to rid the system of the people who would work against him.” Yet far from doing so, the president has promoted and appointed military men like Philip Breedlove, along with bureaucrats like Victoria Nuland, who do just that.

While the war party has a stranglehold on Congress, it is beginning to meet some resistance within the administration. The recent success of Secretary of State John Kerry and Secretary of Energy Ernest Moniz in Vienna may boost the fortunes of the diplomacy party. Meanwhile, Kerry is showing little desire to collude with his erstwhile Senate colleagues in their push toward all-out confrontation with the Russians.

Kerry, a creature of Washington for many decades and no fool, surely knows that the demonization of Russia is, at bottom, a longstanding project of Washington’s armchair warrior caste, dating back to early years of the George W. Bush administration. As such, State Department spokesman Mark Toner told reports on Friday, “The Secretary doesn’t agree with the assessment that Russia is an existential threat to the United States…. Certainly we have disagreements with Russia…but we don’t view it as an existential threat.”

Nevertheless, for now anyway, it is the war party that remains ascendent in the corridors of power, and this, because it is bringing us only one or two steps from war with Russia, is to the absolute detriment of US national security.