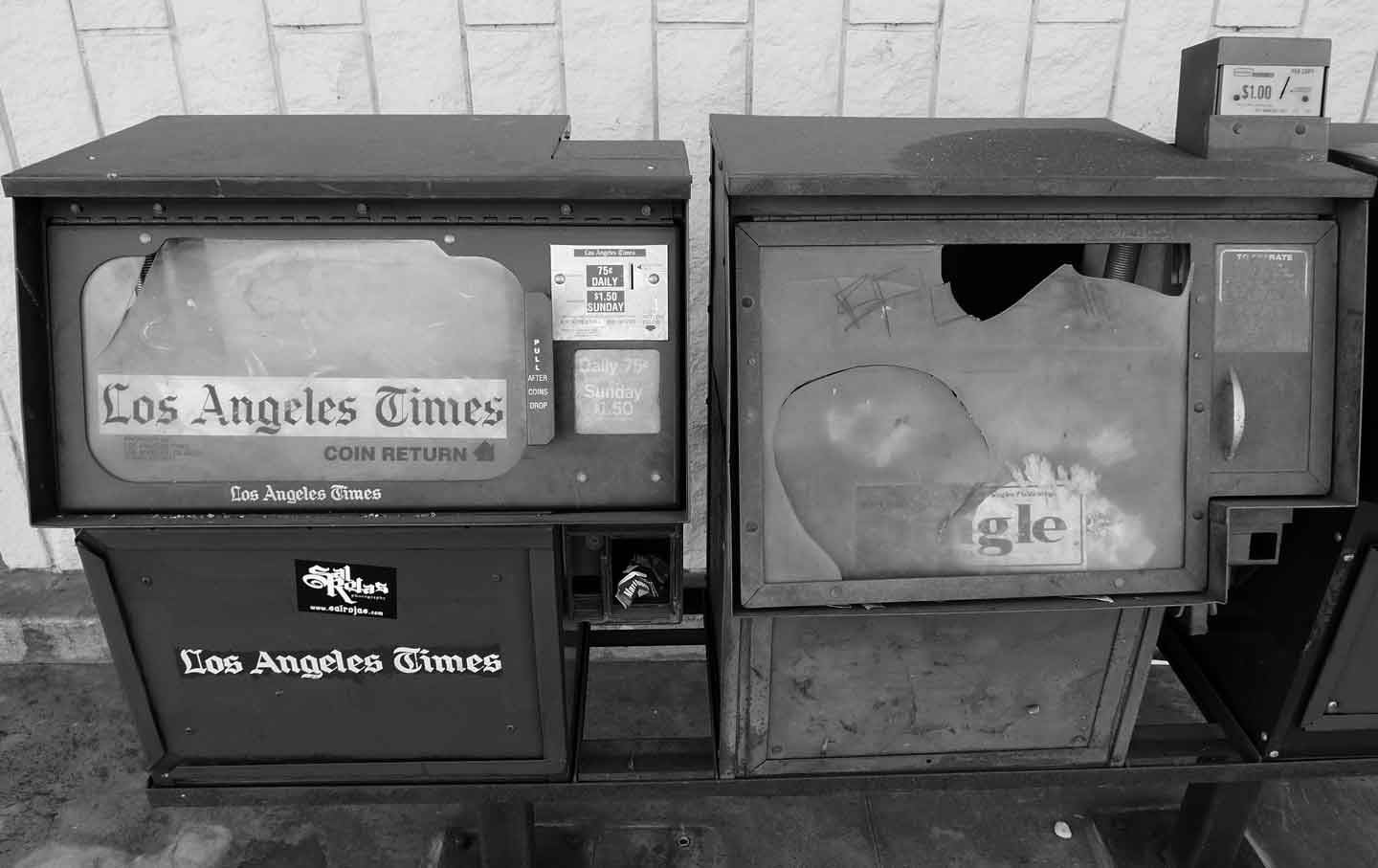 There’s a new Tinder for journalists. Or is it Uber? It’s an app that matches journalists with pitches from public-­relations firms. Like, say, an auction of tattoo art. The zingy overview pops up on your screen. You try to decipher whether it involves the selling of human skin. Apparently not. Swipe left. Zingy overview of Tavi Gevinson’s new seven-hour masterpiece of experimental cinema. Swipe right?

As so often with technology, the app does not so much do something new as bring clarity to an old situation. It is designed to remove any friction between PR firm and freelancer so they can collaborate toward a story for which an editor will pay the writer to write. This has long been a basic structure of the biz. This is the first clarification: the extent to which so many cultural pieces are press releases given a little style and recapitulated as journalism.

The second clarification regards the industrial condition in which this triangulation—writer and marketer in coalition to win over editor—reigns supreme. The app’s existence marks the decline of the staff writer, of job security among journalists. Now more than ever. The presumption is that the writer doesn’t care what his or her topic is; the point is to vend something, anything. The extent to which this no longer need be even an open secret is striking. It’s the disclosure that journalism can no longer afford the pretense of autonomy on which it once depended. It is now purely formal, a paper chase; the content is a matter of indifference.

Journalism isn’t alone in this. Every time somebody explains briefly or at length that entrenched job tenancy is protecting incomps and blocking agile revisioning, whether it’s an auto factory or public school, you can just substitute the following sentence: “We think precarious employees will discover more gracefully that the bottom line and their own commitments are one and the same.” It makes a lot more sense when you do that.

One might hope that journalism kept an eyebrow raised against such thoughts. Another recent consideration of journalism and technology is, in this regard, rather disappointing. Per the esteemed Columbia Journalism Review, ad blockers threaten journalism itself. Given that periodicals rely, ever more desperately, on advertising revenue for their sustenance, the reader’s interest in being rid of these intrusions risks undermining the very source of the reading. The essay suggests that readers, especially younger ones, are not being adequately thoughtful about this issue and “have already decided they hate online ads.” Neither will they pay for subscriptions or ad-free access. In its journalistic way, the essay ends with the pretense of balance: “Publishers must make money. The reader must not be overly annoyed.”

Is that balance? No, it is not. It is pure advocacy. Not on behalf of publishers or readers or journalism, but on behalf of profit. It’s not a technology story; it’s an ideology story that technology brings into focus. It’s like the author swiped left until he got a pitch from capitalism itself. The overarching logic demands that all human practices must correspond to the pure reason of the balance sheet. If you want journalism, you must agree that someone make money. The entry fee for critique is complicity. If you want music, if you want education, if you want freedom, you must agree that someone make money. Otherwise, the enterprise collapses.

This seems obvious, except that it is the most ludicrous position imaginable. Here is the crucial implication: Journalism must be in its nature pro-capitalist. It must agree to profit, which is to say that it must tacitly stand on the side of inequality and exploitation, inseparable from the idea that “publishers must make money.” As long as it submits to this axiom, it can say anything it wants.

That should not sit well with any journalist. Let me be clear, then: I do not think my publisher must make money. In fact, I hope the Nation Company LLC goes out of business. Not because the venerable review is bad, or good, but because it is an artifact and expression of a world that assumes profit and loss, exploitation and exclusion, bosses and cops. So is much that I love and everything I hate. The goal is not the survival of journalism; it’s the passing of that world—a world which includes enterprises in that sense, a world organized by their principles. The fundamental basis of all journalism should be the possibility of an outside to the world it looks at, not the preservation of anything’s economic viability. That’s just corporate-speak pretending at objectivity. CJR should be deeply ashamed of that essay.

Except that it gets, in its way, at the great and awful truth of our moment. Behind some substantial fraction of the awful thoughts in the world is a single awful thought: We must affirm the very thing that immiserates us, our friends, strangers. Unions now exist to organize the survival of the enterprises they once organized against. Voting functions to validate the domination of class power that democracy claims to oppose—and we are told repeatedly that greatest of absurdities, that we must engage in this validation to have earned the right to criticize. The age of antagonism seems to have ended. Seems. This clarifies the work before us.