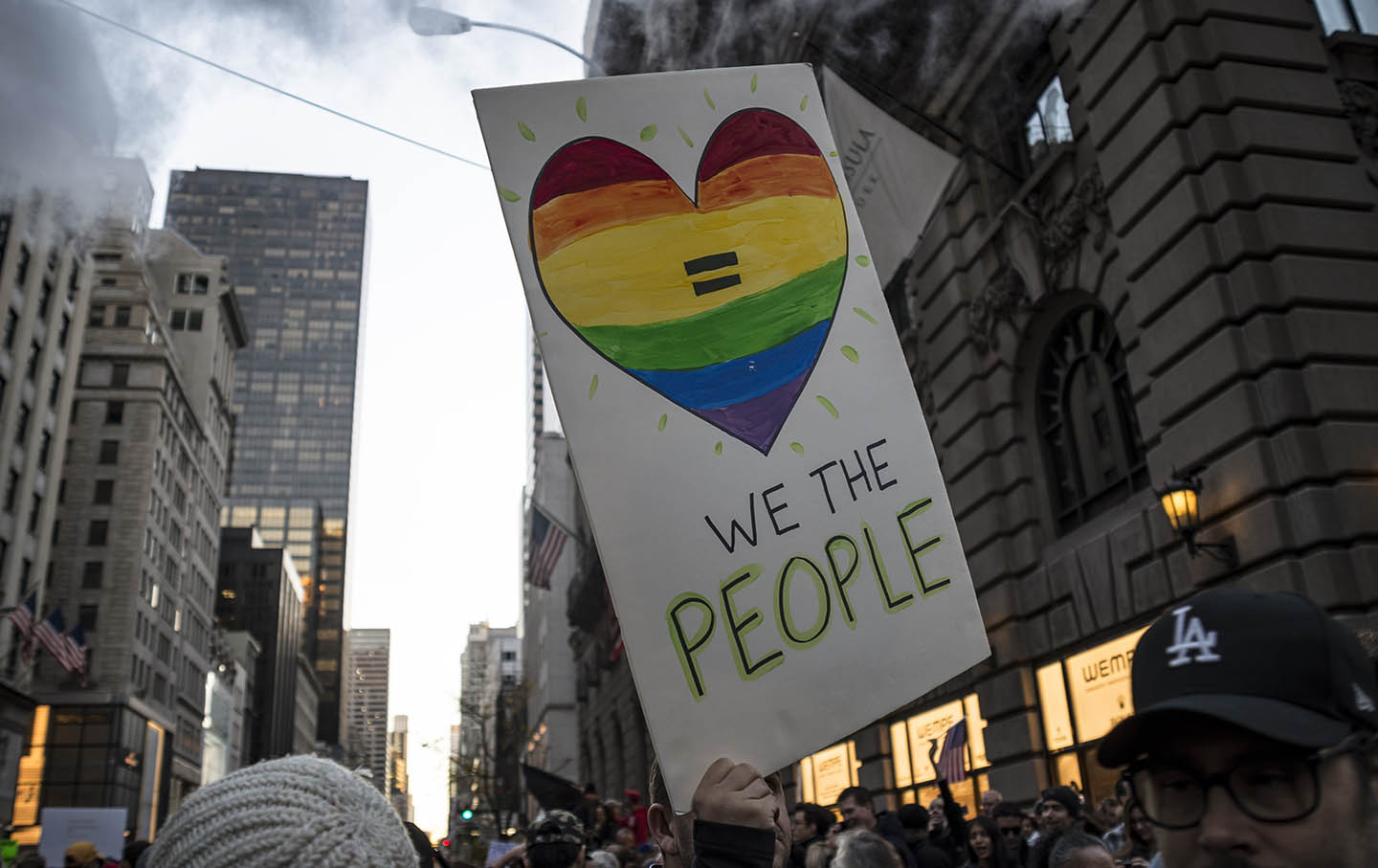 Donald Trump’s election raised the stakes for activists everywhere. His administration has taken aim at immigrants and refugees, moved to restrict access to abortion in the United States and abroad, acted to severely cut health care and education, and shredded what little progress we had made toward addressing climate change. At The Nation, we knew we had to step it up.

Ready to Get Involved? Sign up for “Take Action Now.”

That’s why we’re announcing a new email newsletter called “Take Action Now.” Over four years, The Nation’s Take Action program, where we launch online actions on the issues we cover, has developed a robust community of readers eager to act on the issues we report on, along with deep ties to groups now at the forefront of the resistance. Thanks to those connections, we have lots of information about what’s going on across the country, and we want to share the best of it with you.

Each Tuesday, “Take Action Now” will feature a list of three actions curated by Nation editors to make the biggest impact—one of which will be an option that takes a few minutes to complete, another that will take a few hours, and the last will involve a deeper commitment. You can pick and choose which one to involve yourself with, no matter your schedule.

While we are all united in our desire to take action, most of us are busy, and our access to time and resources varies, day to day and week to week. So instead of a comprehensive list of everything that’s happening, “Take Action Now” will highlight three meaningful ways you can get involved each week—even if you already have a full plate. We don’t expect anyone’s activism to end at what they find in their “Take Action Now” emails, but we hope you’ll find it a great place to start.

Through “Take Action Now,” we intend to connect readers of The Nation both new and old to more of the vital work being done daily by women’s rights groups, climate justice activists, and immigrant-led community organizations, to name just a few of the people and institutions we admire and whose work we hope to lift up. Below you’ll find our first featured actions. Please sign up for “Take Action Now” here or using the form below—and we’ll be in touch!

NO TIME TO WASTE?
Call your senators at 202-224-3121 or their individual offices and demand that they stop Trumpcare and protect the Affordable Care Act. This is particularly important if you live in one of the 10 key states with senators who are more likely to vote against the bill, listed here. For Republican senators, demand that they oppose the bill. If you’re calling a Democratic senator, we recommend following Indivisible’s call script for demanding that the senator use a tactic called “filibuster by amendment.” (The link includes details about this tactic.)

GOT SOME TIME?
Host or attend a dinner to connect with your community. This Sunday, June 25, the Dream Defenders in partnership with United We Dream, the Women’s March, and other groups, are organizing a Day of Dinners across the country. These dinners are intended for people from all walks of life to connect and “start a new conversation about the country we want and the future worth fighting for.” Sign up here to attend or host a dinner.  Dream Defenders is a Florida-based youth organization formed in the wake of the murder of Trayvon Martin and United We Dream is the largest immigrant youth-led organization in country. Both are great organizations to support. The work of the Dream Defenders is particularly important now, less than a week after the acquittal of the police officer who killed Philando Castile near Minneapolis and just a few days after the killing by police of Charleena Lyles in Seattle.

READY TO DIG IN?
Organize a sit-in outside your senator’s office. We cannot overstate how important the fight to protect the ACA is right now. If you can organize your own sit-in, Indivisible has a step-by-step guide (step four on the list). If you’re not sure you have the time and resources to organize people on your own but want to connect with others who may have already gotten started, you can find an Indivisible group in your area here.