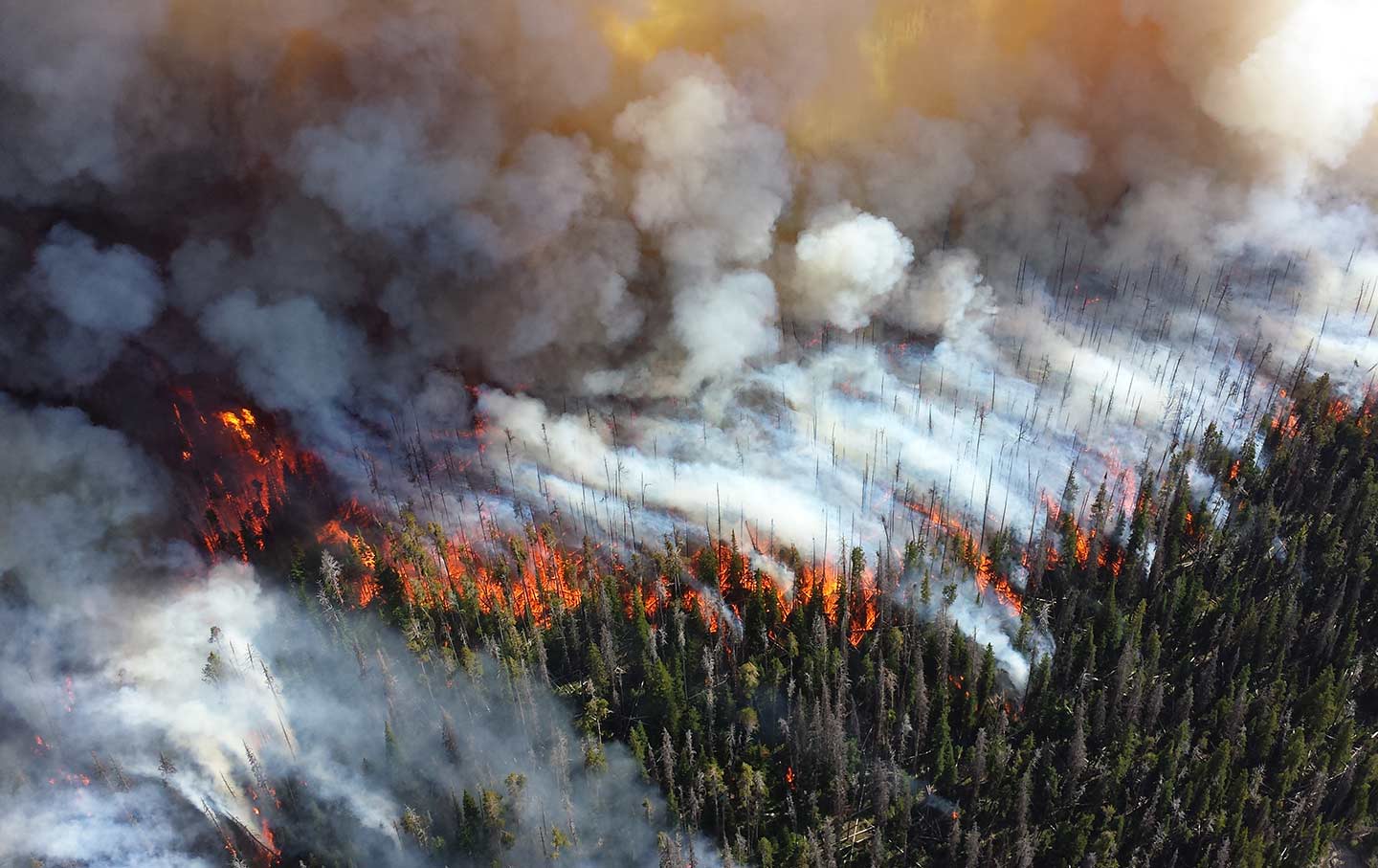 In the next five years, millions of acres of America’s public lands and waters, including some national monuments and relatively pristine coastal regions, could be auctioned off for oil and gas development, with little thought for environmental consequences. That’s according to a leaked draft, obtained by The Nation, of the Department of the Interior’s strategic vision: It states that the DOI is committed to achieving “American energy dominance” through the exploitation of “vast amounts” of untapped energy reserves on public lands. Alarmingly, the policy blueprint—a 50-page document—does not once mention climate change or climate science. That’s a clear departure from current policy: The previous plan, covering 2014–18, referred to climate change 46 times and explicitly stated that the department was committed to improving resilience in those communities most directly affected by global warming.

Interior’s new strategic plan fits within a broader effort by the Trump administration to marginalize climate-science research. (DOI did not respond to questions about the draft.) Last week the Environmental Protection Agency abruptly withdrew two of its scientists and a contractor from a conference in Rhode Island, where they were due to address the impacts of climate change on coastal waters. EPA websites have also been scrubbed of most references to climate change. At Interior and the Department of Energy, scientists have been discouraged from referring to climate change in grant proposals or press releases. Earlier this month Joel Clement, a top policy adviser and climate scientist at DOI, resigned after being transferred to an accounting position, where he was assigned to collect royalties from the oil and gas industry. Clement, who had spoken out about the impacts of climate change on Native American communities in Alaska, alleges that his reassignment was politically motivated. 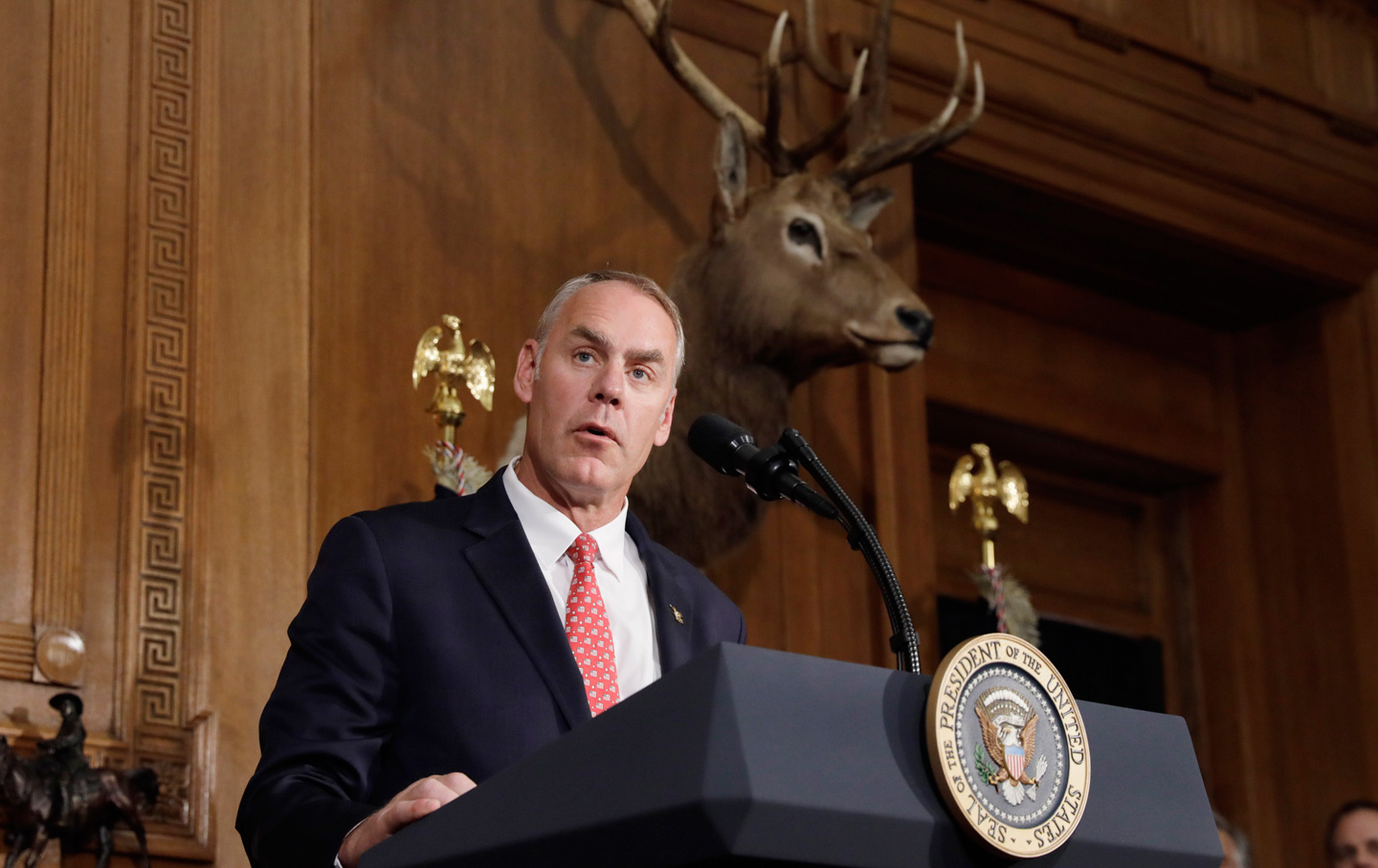 Understanding the threat of climate change had been an integral part of the Interior Department’s mission, said Elizabeth Klein, who served as associate deputy secretary at Interior from 2012 to 2017 and was involved in drafting the earlier strategic plan. That document sought to address a number of the risks associated with climate change, including drought, sea-level rise, and severe flooding. One section referred specifically to the need for more research on erosion along the Gulf and Atlantic coasts, which are particularly vulnerable to hurricanes. To completely ignore climate risks, Klein said, is an abdication of Interior’s responsibility as a manager and steward of the nation’s public lands. “It’s yet another example of an unfortunate regression,” she said.

While disregarding climate change, the 2018–2022 strategic plan places a premium on facilitating oil and gas development. It calls for speeding up the processing of parcels nominated for oil and gas leasing on public lands. It establishes an Executive Committee for Expedited Permitting to facilitate on- and -offshore leasing, and aims to reduce the time it takes to green-light energy projects on Native land by 50 percent. The department is also seeking to speed up the application process for drilling permits, even though industry is currently sitting on thousands of approved permits. “It is bewildering that the agency would prioritize approving more permits—at the inevitable expense of your environmental responsibilities—when companies have plenty and appear to be simply stockpiling them,” wrote Representative Raúl Grijalva, ranking member of the House Natural Resources Committee, in an April letter to the acting director of the Bureau of Land Management.

Instead of the protection of landscapes and ecosystems, the new report emphasizes Interior’s role in policing the US-Mexico border.

Not surprisingly, one of the DOI’s key performance indicators for the next five years will be the number of acres of public lands made available for oil and natural-gas leasing. Interior’s role in promoting renewable-energy development largely goes unmentioned. The new plan also has little to say about conservation, a word mentioned 74 times in the previous strategy blueprint and only 25 times in the new version. Instead of the protection of landscapes and ecosystems, the new report emphasizes Interior’s role in policing the US-Mexico border. The department manages nearly half of the southern border region, the report notes, as well as the third-largest number of law-enforcement officers in the executive branch. It intends to deploy them “to decrease illegal immigration and marijuana smuggling on DOI managed public lands.”

In his resignation letter, Clement pointed to the fact that Americans are increasingly confronting the realities of climate change in their daily lives, whether it’s families fleeing the devastation of a hurricane, businesses in coastal communities forced to relocate because of rising sea levels and coastal erosion, or farmers grappling with “floods of biblical proportions.” “If the Trump administration continues to try to silence experts in science, health and other fields,” Clement warned, “many more Americans, and the natural ecosystems upon which they depend, will be put at risk.”