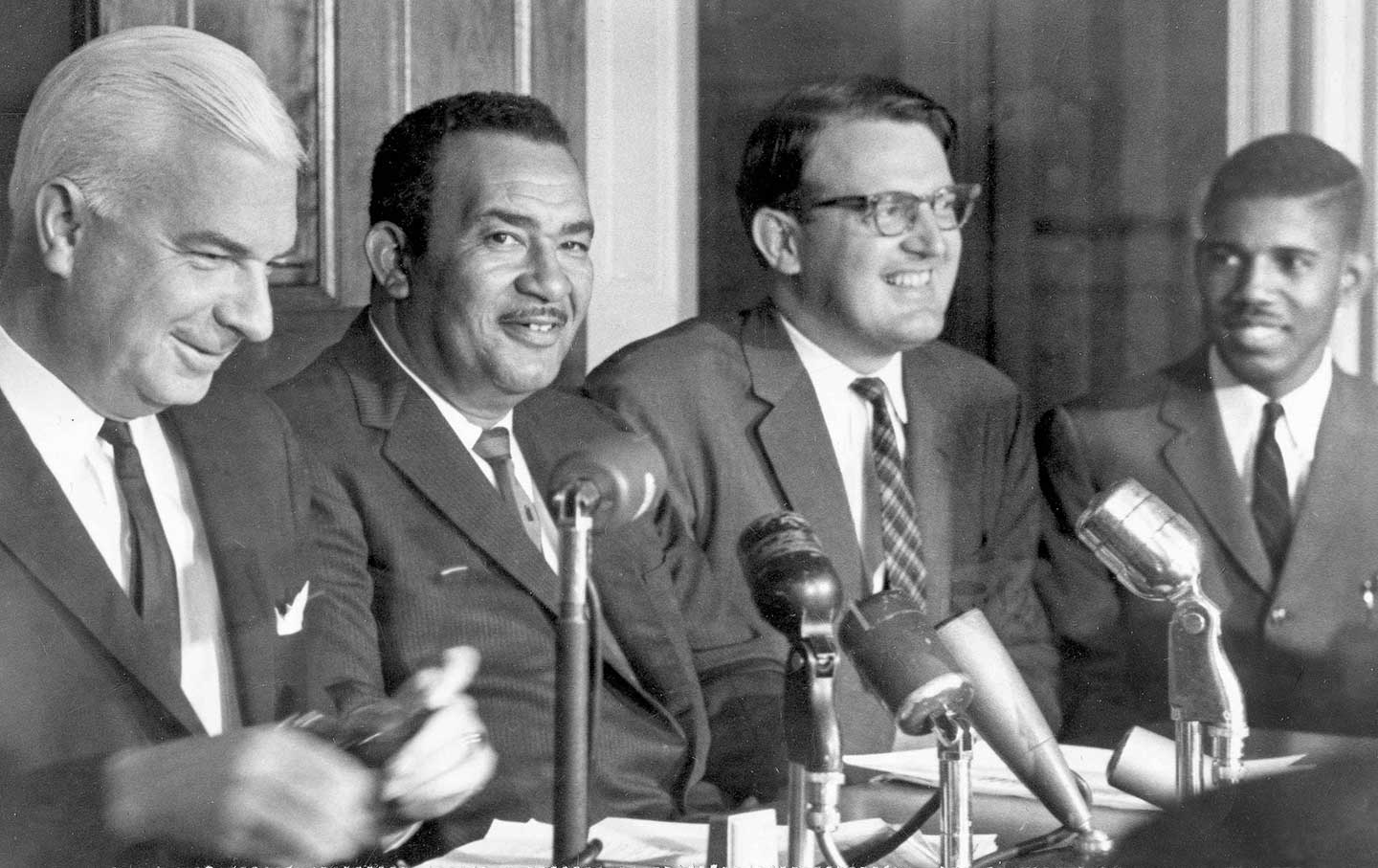 Every Sunday morning, my father and I meet at his kitchen table. Across a stack of newspapers, we talk about life and family before, inevitably, our conversation turns to the news of the week. Despite being steeped in politics, I always learn something from our discussions (and debates) and come away with a more creative way of thinking about challenges that can feel overwhelming as they pull the country apart. After all, my father, William vanden Heuvel, has been a witness throughout his life to this country’s struggles with its destiny. And he has worked alongside some of the most intriguing men and women of the past century to confront challenges similar to the ones we face now.

My father reflects on many of these experiences in his new book, Hope and History: A Memoir of Tumultuous Times. Beginning with his childhood in Rochester, New York, where he was raised by immigrant parents in the shadow of the Great Depression, he retraces his path to the highest levels of government and politics—and the country’s path from the New Deal to the civil-rights movement to the Trump era. Part memoir, part call to action, the book is filled with insights on America’s past, chronicling what historian Douglas Brinkley describes in its foreword as “the constant pendulum swings of history.” Yet it also engages with our current predicament, ending with a powerful warning about the danger that endless wars, racism and corruption pose to our democratic institutions.

In his book, my father ceaselessly reminds us that hard work and idealism can create change. One memorable chapter recalls the long battle to integrate public schools in Prince Edward County, Virginia. After a 1951 walkout by black students led to a lawsuit that ultimately became part of Brown v. Board of Education, local officials in 1959 closed the county’s public schools rather than accept a federal order to desegregate. Public schools in the county wouldn’t reopen for five years. In 1962, my father joined the Justice Department as special assistant to Attorney General Robert F. Kennedy, with whom he spoke every day as he led the charge to create the integrated Prince Edward County Free Schools. His account of these efforts and the “massive resistance” they faced is particularly resonant in these times of resurgent white nationalism and racial violence—and the ongoing quest for justice and equality.