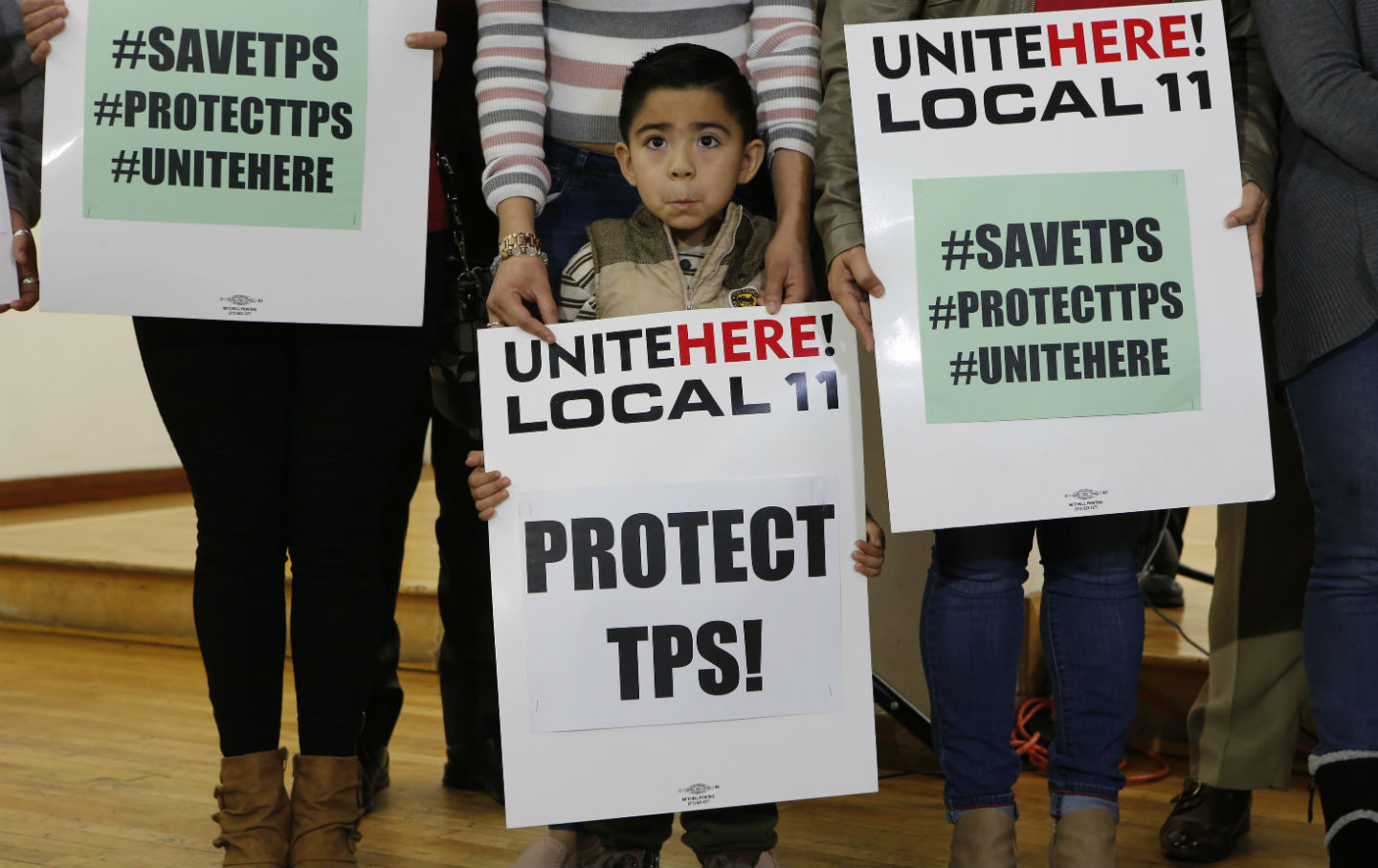 TPS, or Temporary Protected Status, is a special legal reprieve periodically granted to migrants from countries facing a humanitarian crisis. TPS shields them from deportation, making it possible for immigrants to secure steady jobs, homes, financial support for family left behind in their home countries, and long-term economic security in the United States.

TPS has not, however, traditionally been merely “temporary.” Over the years, many TPS holders have lived under the assumption that their right to stay would never really end. But the Trump administration is about to change all that.

Last month, an 11th-hour ruling by San Francisco federal judge Edward Chen—in response to a class-action lawsuit against the administration—suspended Trump’s orders to cancel TPS protection for immigrants from Sudan, El Salvador, Haiti, and Nicaragua. Now the race is on to make that temporary relief stretch as long as possible, until a real permanent legal solution can be reached. The White House, however, continues its crusade to put TPS holders and other refugees and immigrants on the fast track to deportation.

The administration argues that the program, which covers the four countries in the suit as well as Somalia, South Sudan, Honduras, Nepal, Syria, and Yemen, has been abused because it was only meant as a short-term reprieve, not permanent legal authorization. Yet since the 1990s the government has repeatedly granted extensions to TPS status. The Department of Homeland Security (DHS) moved to cancel TPS around the start of the year, declaring the four countries supposedly safe enough for the migrants to return.

To TPS holders, it’s not a matter of simply going home and starting over again. Being forced to repatriate would not only devastate families but also pose an unimaginable social and economic loss to communities.

The lawsuit, filed by TPS holders and their children, argues that American families under federal law “have a fundamental right to live together without unwarranted government interference.” Plaintiff Wilna Destin, who joined the lawsuit to represent the tens of thousands of Haitian TPS holders, put it more plainly: “Even if we’re immigrants, we’re families. And we believe keeping families together is the right thing to do.”

Securing TPS status in 2010—following the massive earthquake in her homeland—allowed Destin to get a stable union job in Orlando as a Disney hotel housekeeper, and then as a full-time organizer, while raising two US-born children with her husband, also a TPS holder. As a worker and mother, she says, “I have done my part to contribute to this country, to this community.” 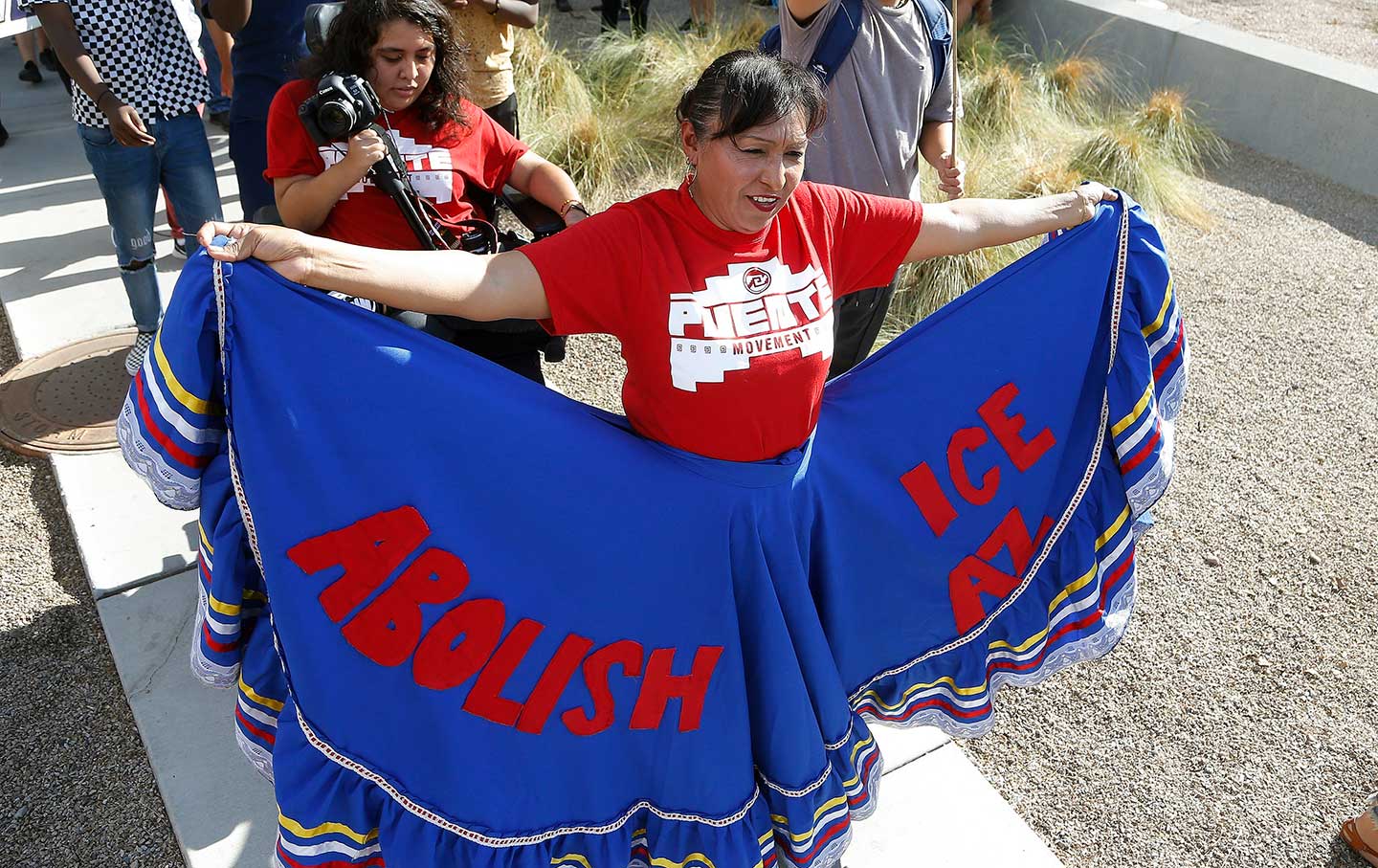 The lawsuit also warns that the approximately 270,000 citizen children of TPS holders will be severely destabilized by forced repatriation, leading to “higher levels of anxiety and trauma, depression, and family instability,” as well as social isolation, and heightened vulnerability to crime and abuse.

Destin’s teenage daughter Hnaida joined the suit to argue that, having spent her entire life in the United States and now pursuing plans for a medical career, she cannot imagine living anywhere else. Now she risks either losing both of her parents or resettling and starting over in an unfamiliar land.

The lawsuit points out that, while their home countries’ original justification for TPS—usually a social or humanitarian crisis—might have passed, the administration has an obligation to take into consideration a country’s current circumstances before ending TPS. Trump, however, has broken with precedent by disregarding ongoing instability. For example, El Salvador was designated following a catastrophic 2001 earthquake. Although DHS declares the country has made an economic recovery from the disaster, it is now engulfed in massive social, criminal, and political violence, which has in recent years precipitated yet another wave of refugees fleeing to the US-Mexico border. Now TPS holders join recent asylum seekers in getting aggressively pushed out by Homeland Security’s harsh enforcement agenda.

Organized-labor groups have also joined the fight to preserve TPS on behalf of immigrant union members. John Doherty of the construction workers’ union IUPAT says that the union has worked to protect the rights of all construction workers, including many TPS holders who are members, “just to have the basic human rights that every worker deserves on the job,” from collective bargaining to safety training. Trump’s hard-line anti-immigrant crackdown, he adds, “is basically psychological warfare on workers out there in the construction industry, to keep them from speaking up against bad contractors and exploitation. And this is this is happening nationwide, in the biggest construction boom that we’ve had in decades.” 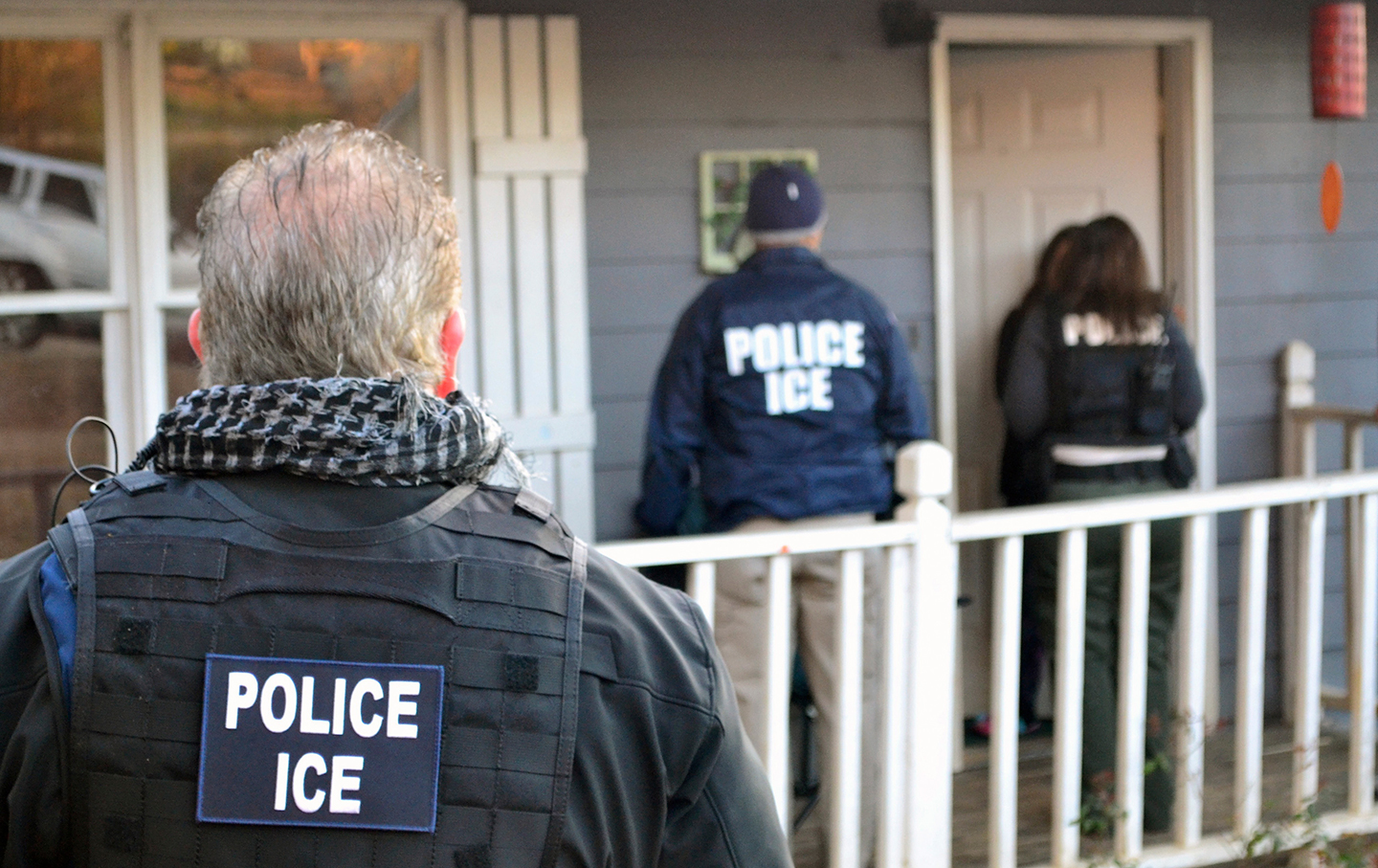 Should Immigration Laws Be Respected?

Pushing out TPS holders would leave behind a massive economic hole. One analysis of Salvadoran and Haitian TPS households estimates that if they were to leave the United States, the Gross Domestic Product would hemorrhage more than $132 billion over the next decade.

That contribution is a little bigger today thanks to Destin. Since first arriving as a political refugee in 2000, she’s fought for fair wages and marched for immigration reform with her union UNITE HERE, participated in humanitarian missions to New Orleans after Hurricane Katrina, and aided her home community in the aftermath of the Haitian earthquake. Today, she remains a lifeline for her community, supporting her mother and many other friends and loved ones with her US income. And another grim reminder of her community’s reliance on her came shortly after the TPS ruling came down: She learned that another earthquake had struck the island, and her mother lost phone contact.

Destin’s union has supported her legal battle and helped her “have more courage than ever,” she says. But with so many TPS holders employed in Florida’s hospitality industry (an estimated 5,000 at Disney alone) she worries that the whole labor movement, and the local economy, would be irrevocably damaged if the workers lost their jobs. Countering the right’s claim that TPS holders are “taking advantage” of the system, she says, “People complain about, we come here to get their jobs. No, people doing housekeeping, they doing dishwashing….. We come here to clean the United States.”

Highlighting the sheer cruelty of Trump’s move, the suit also points to a blatantly racialized approach to aggressive immigration enforcement—including referring to the nations of Latin America, the Caribbean, and Africa as “shithole countries.” Following the court decision to halt Trump’s cancellation, Emi MacLean, co–legal director of NDLON, observed, “it’s significant and not lost on us that the court is intervening for the first time now to halt a TPS decision.” With guidance from hard-line restrictionists, the administration deliberately “threw out the old rules” to pursue a racist agenda to crush the program, and “these decisions were motivated by the President’s racial animus and discriminatory intent.”

From the perspective of a longtime housekeeper, Destin explained her adopted country’s relationship to her homeland. To the United States, she says, “Haiti is the backyard…. if the front of your house is clean and your backyard is dirty, we are responsible [for that]. I consider Haiti like my own backyard. I want my front of the house to be clean, and also I want my backyard to be clean also.”