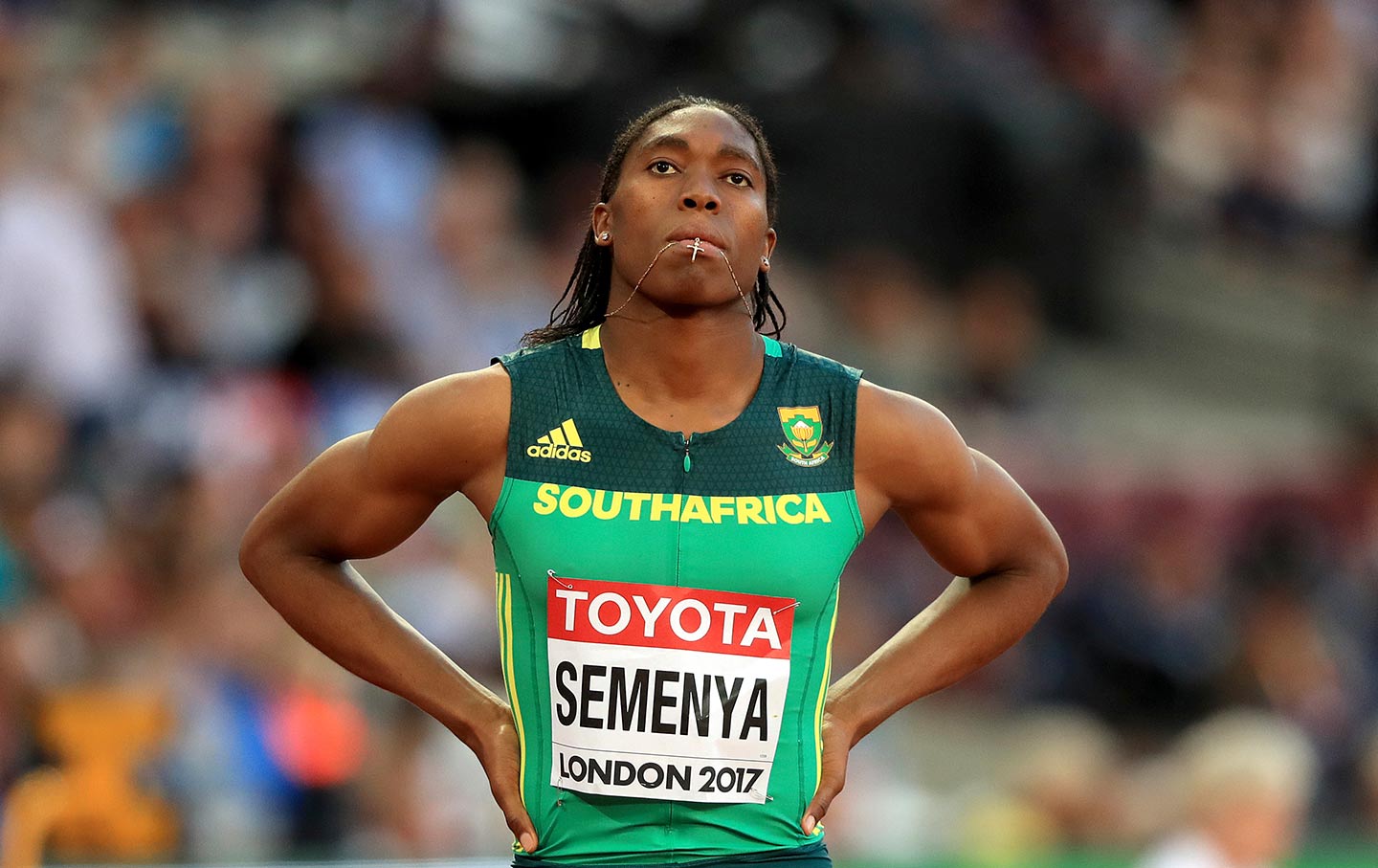 The highest decision-making body in the world of athletics has rendered a judgment that can only be described as both cruel and unusual. On Wednesday, the Court for Arbitration in Sports ruled that South Africa’s two-time Olympic gold medalist in the 800-meter race, Caster Semenya, has an “unfair advantage” every time she takes the track due to her naturally elevated levels of testosterone. If Semenya wants to compete in the future, they have concluded, she will have to artificially suppress these hormones in her body.

This is sick and disturbed, the equivalent of making Joel Embiid play basketball on his knees because he is deemed too tall, or forcing Michael Phelps to wear weights on his feet to negate the advantage that their flipper-like shape provides him when he dives into the pool. In many respects, it’s even worse because there are differing medical opinions about whether or not elevated testosterone levels even aid athletes. The CAS has done nothing less than demand a medical intervention if Semenya wants to keep competing. It’s barbaric, and in the eyes of the South African track community, it’s racist as well as sexist.

Semenya and her representatives brought their case to the CAS in an attempt to overturn a ruling from the International Association of Athletics Federations stating that women with “elevated levels of testosterone” had to reduce their levels using medication and hormonal contraceptives for six months preceding any sanctioned international competition. She will be forced to undergo these chemical procedures if she wants to compete in the World Championships this September.

Even the court in their amoral decision described their ruling as “discriminatory” but “necessary.” They are certainly correct about the first part. As CAS admitted, the IAAF’s ruling is in fact discriminatory because it targets female and intersex athletes who have naturally high levels of testosterone. They are “necessary” in the eyes of the IAAF and CAS basically because Caster Semenya was kicking the asses of her competition, and since they were unable to win on the track, these athletes, their coaches, and their country’s federations took their complaints to the courts.

The IAAF commented on the CAS ruling in a craven statement saying that it is “grateful” for the decision and “pleased that the Regulations were found to be a necessary, reasonable and proportionate means of achieving the IAAF’s legitimate aim of preserving the integrity of female athletics.”

But there is no integrity in this decision. I reached out to Katrina Karkazis, senior visiting fellow at the Global Health Justice Partnership at Yale University and co-author of the forthcoming Testosterone: An Unauthorized Biography, coming out on October 15 from Harvard University Press. She told me:

[This decision] endorses discrimination against women in sport and allows sports governing bodies to require medically unnecessary interventions for continued eligibility, violating women’s bodily autonomy and integrity. This neither protects nor benefits women’s sport. The decision wasn’t unanimous and that alone should lead to their revocation. The arbitrators noted no evidence of performance difference in the 1500 meter and 1 mile, yet they left it up to the IAAF to decide whether to regulate these events. And they also expressed concern about harms from medically-unnecessary interventions, arguing it may revisit the issue over such concerns. Without the full report and more attention to these strong caveats, my fear is that it will foster the already circulating erroneous representations about the science of sex biology, intersex, and the relationship between testosterone and athleticism.

As for Caster Semenya, she should get the last word on the subject. She said in a statement, “I know that the IAAF’s regulations have always targeted me specifically. For a decade the IAAF has tried to slow me down, but this has actually made me stronger. The decision of the CAS will not hold me back. I will once again rise above and continue to inspire young women and athletes in South Africa and around the world.” She also tweeted, “They laugh at me because I am different. I laugh at them because they are the same.”