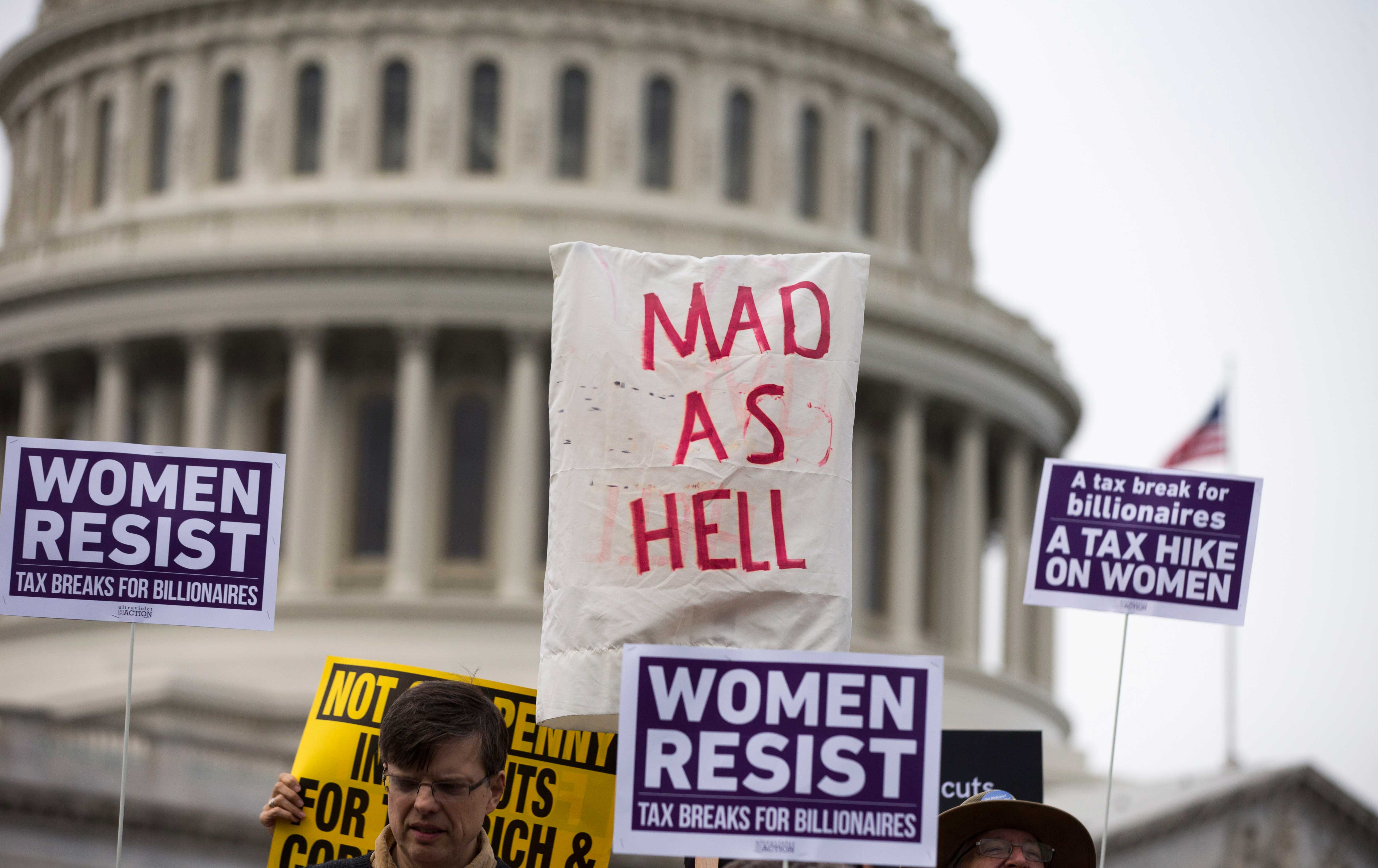 House Republicans are expected to vote on their tax plan Thursday and reports indicate that they are confident they have the votes to pass it. This edition of Take Action Now is all about proving them wrong.

Take Action Now gives you three meaningful actions you can take each week whatever your schedule. You can sign up here to get actions like these in your inbox every Tuesday.

The GOP tax plan overwhelmingly benefits the rich and lays the groundwork for cuts to crucial programs like Medicare, Medicaid, and public education. Call your representative in the House today and tomorrow—as much as you can before Thursday’s vote—at 202-224-3121 and demand that they reject it.

The recent leak of the “Paradise Papers,” millions of documents from a Bermuda-based law firm, reveals the extent to which the wealthy and large corporations use tax havens to dodge billions of dollars in taxes. It also makes it crystal clear that we cannot pass legislation that allows the wealthy to pay even less. Join a campaign launched by the AFL-CIO, Demand Progress, The Nation, and 10 other organizations and write a letter to your representative and senators to demand that they reject any plan that doesn’t address the flagrant tax avoidance apparent in the Paradise Papers. For more background on the connection between the leak and the Republican’s tax bill, you can check out Katrina vanden Heuvel’s recent column for The Washington Post.

We won the health-care fight this summer because thousands showed up at rallies, town halls, and protests. We’re going to need to do the same now. If you can get to DC, join a rally tomorrow, November 15, at noon in front of the US Capitol. You can also find an event near you here. If you’re not quite ready to get out in the streets, join a call with Senator Bernie Sanders tomorrow, November 15, to learn why the stakes are so high and what you can do to get more involved.