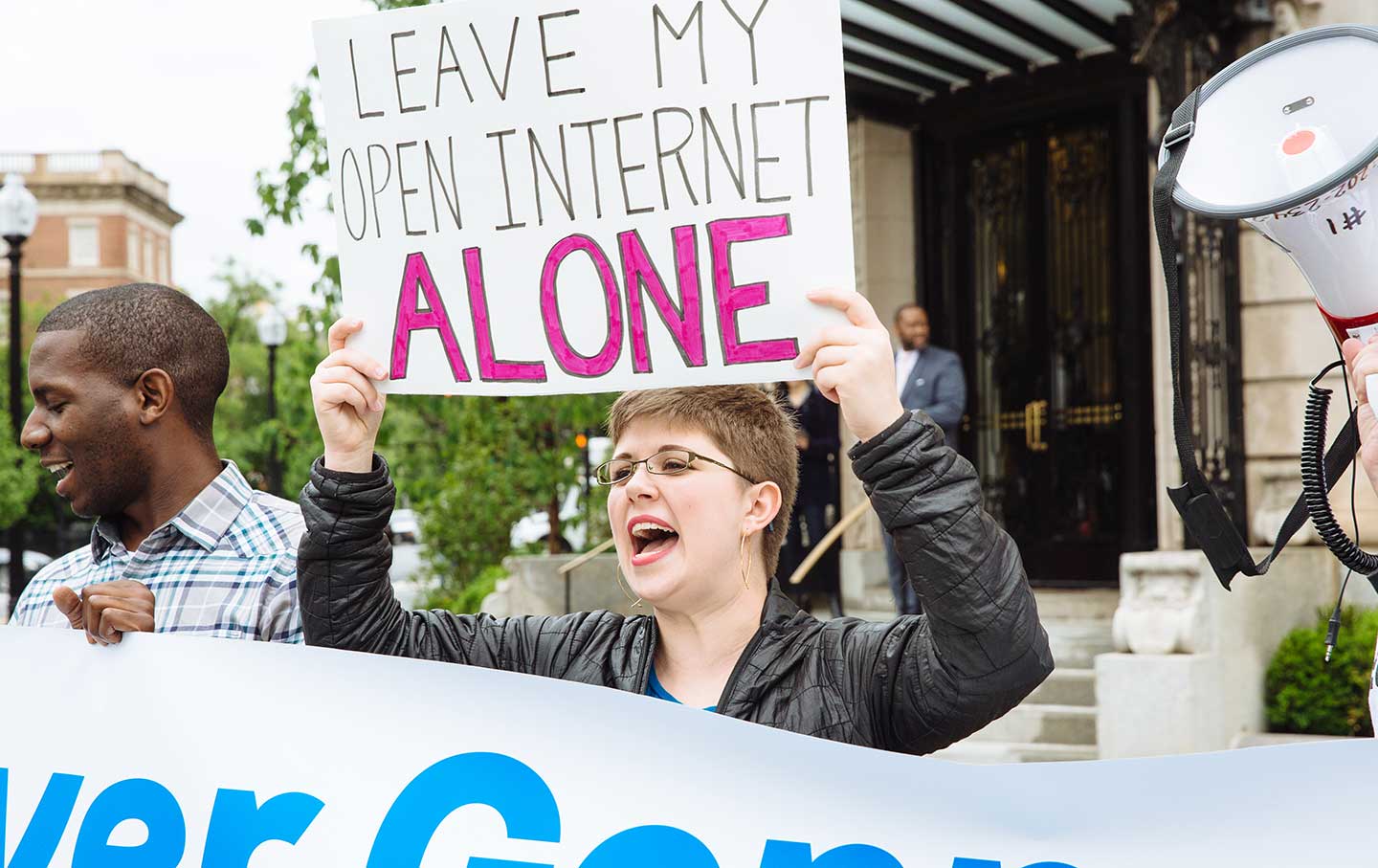 President Trump’s FCC Chairman, Ajit Pai, has a plan that would destroy the legal foundation for net neutrality, the principle that all content on the Internet be treated equally. This means that, if Pai has his way, companies like Verizon, AT&T, and Comcast would be able to control what we see and do online. They could throttle, block, and censor content, as well as charge us extra fees to access the websites we want.

That’s why groups as varied as Fight For the Future, the ACLU, Netflix, Amazon, Demand Progress, OKCupid, and The Nation are joining forces today in a massive, internet-wide day of action to save net neutrality.

As John Nichols writes today, the fight for net neutrality “is really the fight over the whole of the future,” with ramifications for “personal communications, education, commerce, economic arrangements, and democracy itself.” Much of the flourishing of activism and resistance we’ve seen in response to the Trump administration—from marches that started as Facebook events to personal health care stories that were read and shared by thousands of strangers—would have looked very different without the free and open Internet.

In the meantime, cable companies are pouring money into the fight. AT&T even cynically announced that it would “join” the day of action itself, despite the fact that the company has spent years fighting against the regulation that guarantees net neutrality and sued to block the new rules activists fought for and won in 2015.

Today’s action is a grassroots effort lead by Fight For the Future, Free Press, and Demand Progress and involves some of the people behind the largest online protests in American history. The Internet came together in 2012 to defeat SOPA and PIPA, which would have given the government unprecedented ability to shut down websites for “copyright violations,” and then again in 2014 and 2015 for our original fight for net neutrality. Both times, we won.

We can win again. Below are three things you can do today to make sure we let everyone in Congress and the FCC know that we won’t let them destroy net neutrality.

1. Write to the FCC and Congress. If you only do one thing today, make it this. We need to overwhelm Congress and the FCC with messages to show that the coalition fighting for net neutrality has real power. You can find everything you need here.

2. Change your social media avatar and tell everyone why you did. Make sure that everyone who sees your Facebook or Twitter account today knows where you stand. You can find directions for changing your picture, as well as sample Facebook posts and tweets, here. Make sure you also post the link to write to the FCC.

3. Join a protest tonight. We need Congress to take a strong stand against the FCC’s plan and showing up at their offices is one of the most effective ways to get them to listen. People across the country will head to their representatives’ offices tonight to demand they stand strong for net neutrality. You can find a protest near you here.