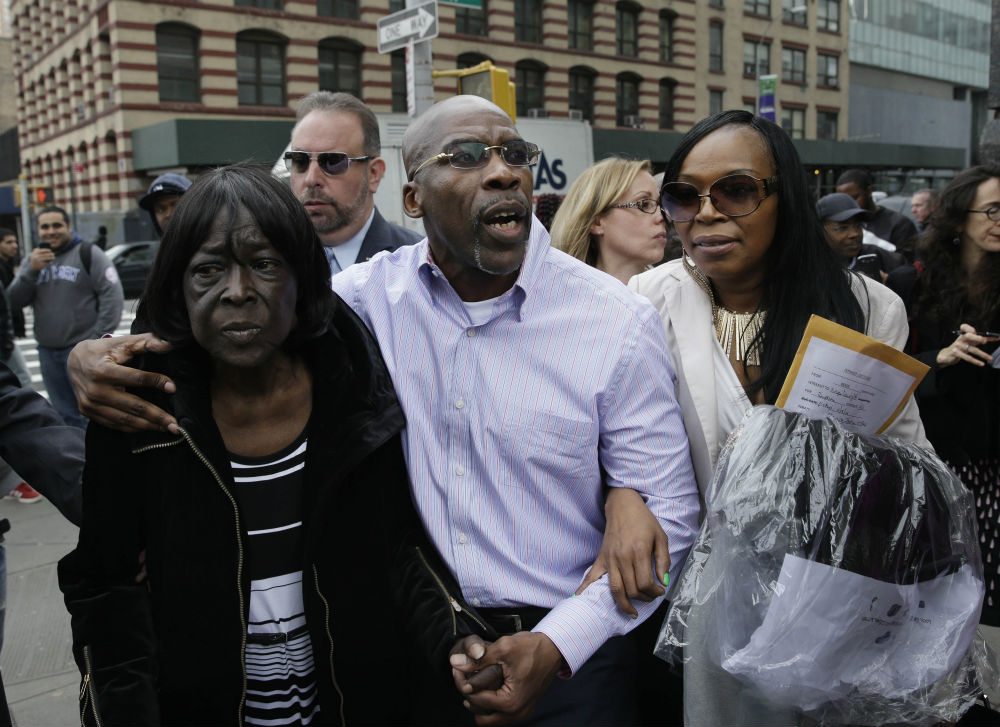 Jonathan Fleming walked out of a New York courthouse a free man Tuesday after serving more than twenty-four years behind bars for a crime he did not commit.

“I feel wonderful,” Fleming told reporters. “I’m going to have dinner with my mother and my family and I’m going to live the rest of my life.”

Mr. Fleming, 51, has always maintained his innocence in the 1989 murder of Darryl Rush, claiming he was vacationing with his family at Disney World when the Brooklyn shooting occurred. After more than two decades of fighting Fleming’s appeals, the district attorney’s office finally believes his story.

Authorities did not turn over either document to Fleming’s trial attorneys when his case was tried in 1990.

“Where the hell was this evidence all these years, and why wasn’t it turned over until 25 years later?” attorney Taylor Koss said in an interview with The Huffington Post.

During his trial, attorneys presented family photos and videos of Fleming in Florida. Several family members who were on the trip also testified in court. But prosecutors argued that he could’ve flown to Brooklyn, shot Rush and then caught a flight back to Orlando. Jurors believed that version of events and convicted Fleming in July 1990.

Prosecutors also produced a key witness who told police she saw Fleming commit the murder. Shortly after Fleming’s sentencing, the witness recanted her statement, saying she lied to police to get cleared on unrelated charges. But a judge did not believe her statement, and Fleming remained in prison.

Fleming’s attorneys, Taylor Koss and Anthony Mayol, say they have evidence pointing to another man as the shooter.

Former Brooklyn District Attorney Charles Hynes created the Conviction Integrity Unit after several questionable convictions resurfaced in recent years. But some attorneys said Hynes acted too slowly and defensively. Now, many are looking to Hynes’ successor, Kenneth Thompson, who campaigned on fighting false convictions, to take on the problem head-on.

Meanwhile, Fleming looks to adjusting to life outside of prison, after spending the past quarter century there.

“The day is finally here. I’ve dreamt about it many nights,” Jonathan Fleming said as he walked out of court. “I’m finally a free man.”