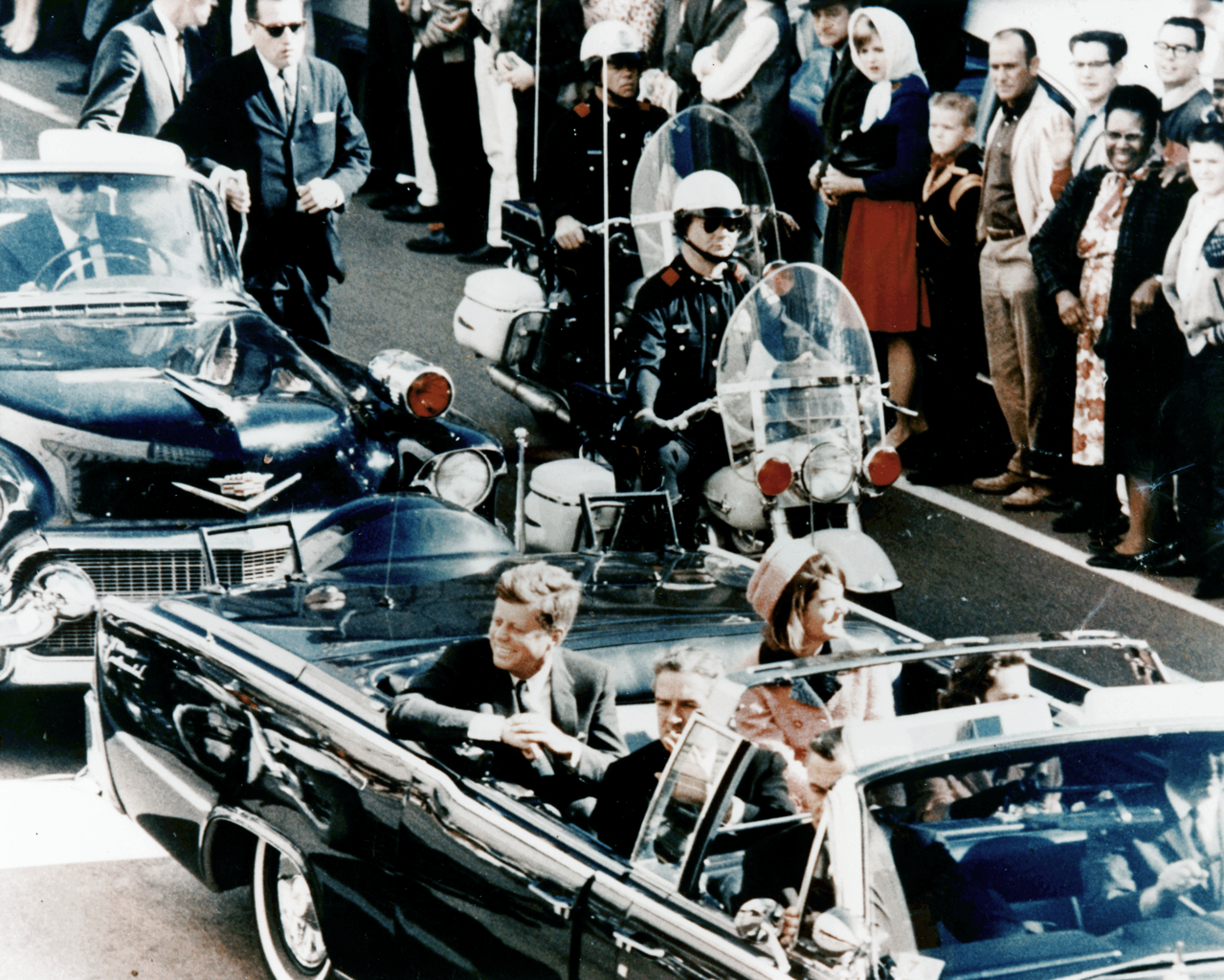 Today marks fifty years since President John F. Kennedy was fatally shot in Dallas, November 22, 1963, as he rode in a motorcade with First Lady Jacqueline Kennedy, Texas Governor John Connally and his wife, Nellie. On that day, and for many thereafter, the mainstream media kicked into full-gear tragedy mode. Television stations broke new ground in live event coverage. Every newspaper filled its front pages with stories about the shot, the shooter and the succession. They displayed the same photos over and over: the president smiling in his Lincoln Continental moments before horror struck; Lyndon B. Johnson standing next to a grieving Jacqueline Kennedy, reciting the oath of office.

The Nation didn’t print photos then. Staying true to form, its coverage of the events was light on sentimentality. In the December 14, 1963, issue (The Nation dates issues three weeks into the future), the editors devoted all of their opinion pages to the late president and his successor. The lead editorial offered a restrained yet sympathetic look at his tenure. While lamenting that Kennedy did not accomplish as much as he intended in his short two years in office, they noted that he had inherited “a set of bankrupt policies and dead-end situations not of his making.” The editors were most impressed by his moves, if limited, toward shrinking the American war machine:

We had begun, under his maturing leadership, to cut back arms spending, to reduce some military commitments, to explore the possibilities for a gradual reductions of tensions—in a word, to make the great turn toward peace. John F. Kennedy will be remembered with affection and admiration for many fine qualities and achievements but above all for the fact that, after some false turns and starts, he set in motion the great task of directing American power toward broader objectives than deterrence and containment.

More compelling was a plea for perspective from the American public, titled “The Climate of Violence.” Bemoaning the “national psalm-singing, breast beating” that typically follows national tragedy, including this one, Nation editors considered Kennedy’s assassination in the context of America’s “disposition to violence”—through war in Vietnam and racial tensions in the South:

A society that dedicates a large part of its energies, and the major part of the nation’s budget to the creation of fantastic instruments of destruction, can hardly plead surprise if traditional taboos against violence begin to abate.

Throughout the South, of recent years, there has been a steady build-up of violence, with more and more incidents, each a bit ghastlier than the ones before. Girls in Birmingham church are blown to fragments. A sniper kills a Negro from ambush. Mob violence disgraces a university campus. Acts of violence receive implicit sanction and approval by elected officials. Defiance of law and order is incited, through precept and example, by these same officials.

The shame and guilt for the assassination of the President is too great to be borne by the assassin alone; too great to be borne by the city of Dallas or by the state of Texas. It must be shared by all who through the year’s have excited and stirred the simple and the anxious; those who have raised questions and turned them until they became suspicious; those who nurtured doubt until it bore the fruit of accusation; those who spread themselves to make a shade for fear, to save it from the light until com- pounded it became the fear of fear and desperate despair. The shame and guilt belong to all who stood by in silent acquiescence and to those who protested too little and too late.

In a feature titled “A Most Unstuffy Man,” historian H. Stuart Hughes remembers Kennedy for his commitment to civil rights, as well as his trailblazing—the first ever Catholic elected to the White House. Here, Hughes is a bit premature in his assessment of Kennedy as a pathbreaker, considering how much longer it would take for the United States to elect its first non-white president, but check it out:

His election meant that our choice was also no longer restricted by practice and unwholesome tradition to one particular category of American citizens. Now that a representative of the largest of our minorities had broken through the invisible barriers that had confined our choice of leaders, there was no reason why others from less accepted minorities should not follow him. In actuality now, rather than in civics-text platitude, the Presidency had been thrown open to everyone, regardless of religion or color—or even of sex.

This is hardly a complete list. The Nation would devote many more pages to the events surrounding Kennedy’s death, including reviews of the Warren Commission, as well as debating his presidential legacy. For more Nation writing on Kennedy, see this excellent roundup by editor Katrina vanden Heuvel. Also, Rick Perlstein has been answering questions about the late president all week.