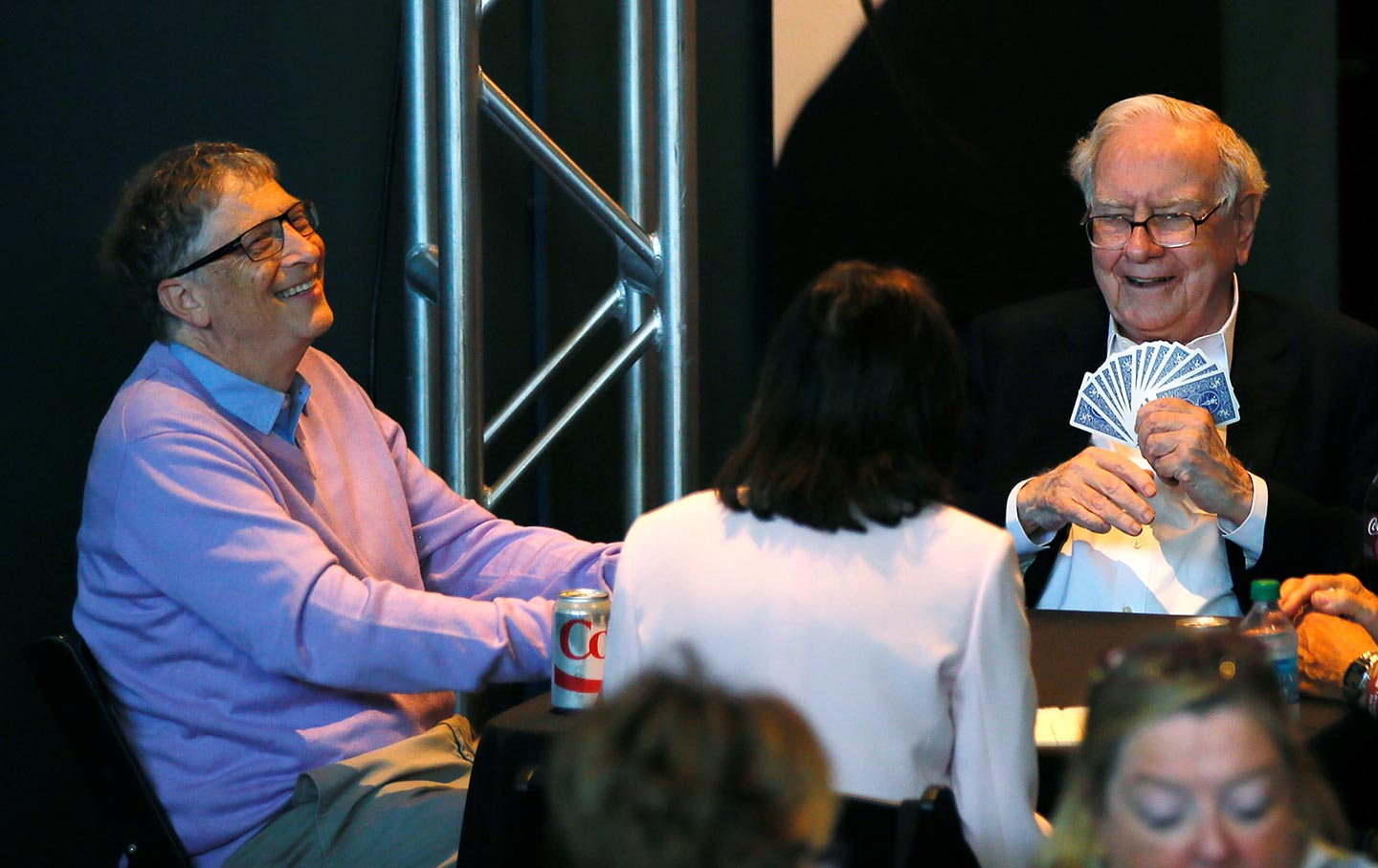 More than a century ago, Elizabeth Magie developed two sets of rules for a board game that would become known as Monopoly. There’s the one we know today: You play an aspiring real-estate tycoon, buying up properties to extract ever-larger sums from your opponents; you win when everyone else is destitute. But in Magie’s version, players could agree to switch midgame to a second rule book. Instead of paying rent to a landowner, they’d send funds to a common pot. The game would be over when the poorest player doubled their capital. Magie’s goal was to show the cruelty of monopoly power and the moral superiority of progressive taxation. Her board game was a rebuke to the slumlords and corporate giants of the Gilded Age.

Today, a few corporations once again dominate sectors of our economy. In an interview with The Nation’s George Zornick, Senator Elizabeth Warren points out that two companies sell 70 percent of the beer in the country; four companies produce 85 percent of American beef; and four airlines account for 80 percent of domestic seats. With monopolies squeezing out the competition and underpaying workers, profits are funneled to a tiny elite. It’s no coincidence that the three richest Americans—Amazon’s Jeff Bezos, Microsoft’s Bill Gates, and Berkshire Hathaway’s Warren Buffett—are together worth slightly more than the bottom half of the entire US population.

Just as railroad monopolies once controlled the crucial infrastructure of 19th-century commerce, tech companies are trying to own the infrastructure of the 21st. As Stacy Mitchell explains in “The Empire of Everything,” Amazon is not only the leading retail platform, but it has developed a vast distribution network to handle package delivery. Amazon announced in February that it would begin testing its own delivery service, which could soon rival UPS and FedEx. It also runs more than a third of the world’s cloud-computing capacity, handling data for the likes of Netflix, Nordstrom, and The Nation. Unlike past monopolies, however, Amazon doesn’t want to dictate to the market; it seeks to replace the market entirely.

Under these conditions, small businesses and start-ups are struggling to compete. In 2017, there were approximately 7,000 store closings—more than triple the number in the prior year. And the percentage of companies in the United States that are new businesses has dropped by nearly half since 1978. In many industries, starting a new business is like playing Monopoly when all the squares have already been purchased: Everywhere you land, there’s a monopolist making demands, everything from fees to sell items on its website to the release of data with which to undercut you later.

But it’s not just small-business owners who are forced to play a rigged game. When big companies control concentrated industries, as Bryce Covert makes clear in “Monopolies Harm Workers Too,” they can pay their employees less, because there aren’t other businesses around to make better offers.

Companies and their shareholders are hoarding these savings, which in the past may have gone to workers. Profits are now at near-record highs, while wages have stagnated for a generation. One of the shareholders who has reaped billions from this system is Warren Buffett. In “America’s Favorite Monopolist,” David Dayen describes how the avuncular “Oracle of Omaha” scours the investment landscape to exploit monopolies in fields as diverse as Internet security and airplane parts.

In 1906, Magie told a reporter: “In a short time, I hope a very short time, men and women will discover that they are poor because Carnegie and Rockefeller…have more than they know what to do with.”

Replace Carnegie and Rockefeller with Bezos and Buffett, and Magie’s quote is as true today as it was then. Instead of continuing to play the current economic game, it’s about time we switched to a different set of rules.