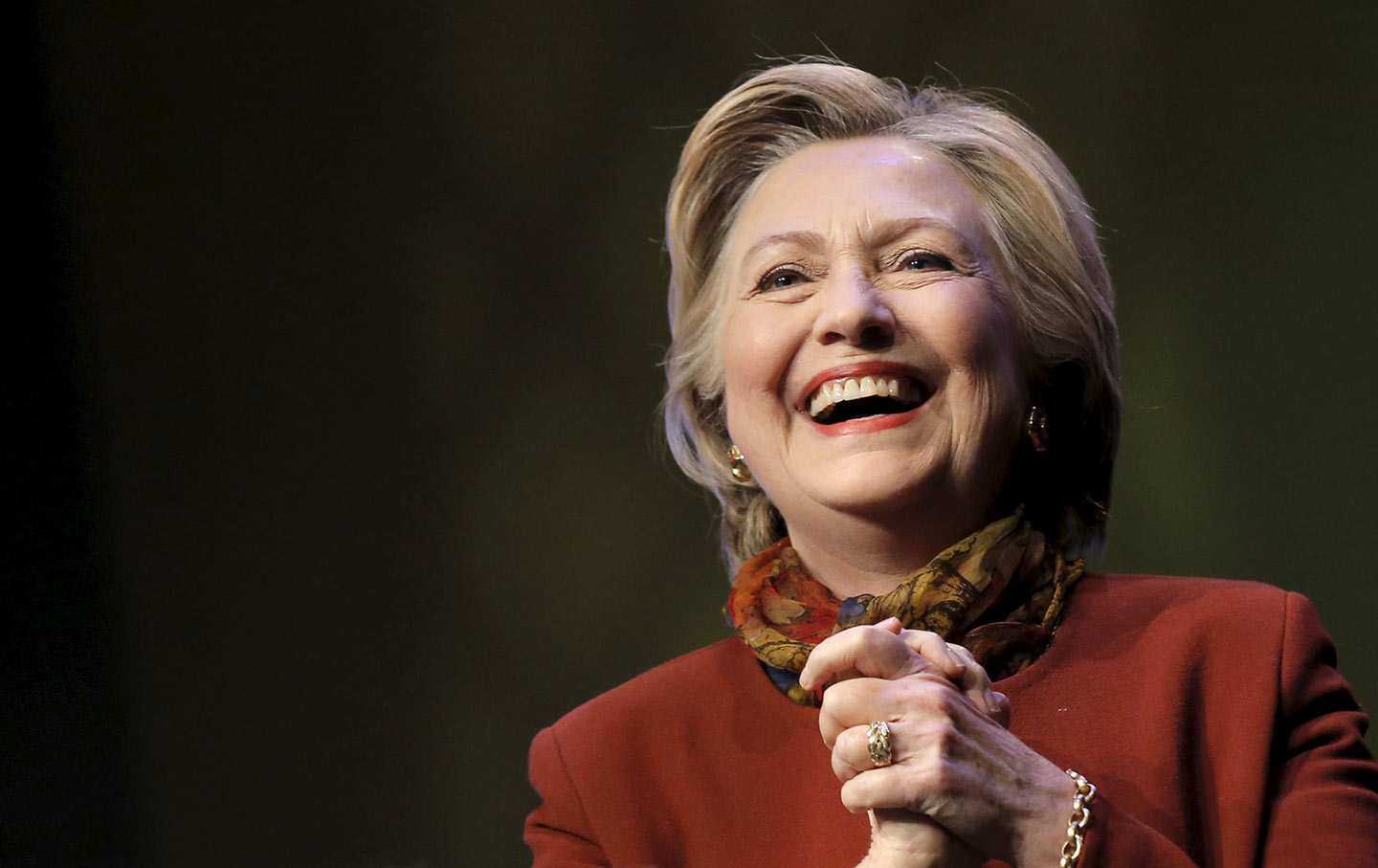 Claims to making history collided in 2008, when Hillary Clinton lost the Democratic presidential nomination to Barack Obama. The potential first woman came up short against the first African American—who ultimately became our first black president. There was an enervating tension in Denver eight years ago, a hangover from a long and often bitter campaign, until the Democratic women’s advocacy group Emily’s List brought Clinton and Michelle Obama together for a celebration.

There, the two women celebrated each other. “Over her career she has offered me, my daughters, and all of our daughters a different vision for what they could become, and for that we are forever grateful for her work,” Obama said of Clinton, though she had at times been furious with the campaign’s racially tinged maneuvers. Clinton confided: “I know a little bit about the way the White House works. If the president is not exactly on our side, call the first lady. And with Michelle Obama, we’re going to have someone to answer that phone.”

It’s worth taking a moment to savor her achievement.

Eight years later, Democrats needed healing again, and Michelle Obama brought it, giving unhappy Bernie Sanders supporters gracious advice about how to carry on in defeat. “When she didn’t win the nomination eight years ago, she didn’t get angry, or disillusioned. Hillary did not pack up and go home. Because as a true public servant, Hillary knows that this is so much bigger than her own desires or disappointments.” Amazingly, she echoed Clinton’s own concession speech to her husband, which Clinton delivered to bitter, grieving supporters eight years ago, praising her as someone “who has the guts and the grace to keep coming back and putting those cracks in that highest and hardest glass ceiling.” Obama herself seemed moved by the idea that her husband’s top rival could come back at the same goal eight years later, and succeed this time.

Whether you supported Clinton, as I did, or Sanders, as many Nation readers and the editorial leadership of the magazine did, it’s worth taking a moment to savor, as Michelle Obama did, the nature of Clinton’s historic achievement. “Hillary Clinton has never quit on anything in her life,” the first lady told the crowd. “When I think about the kind of president that I want for my girls, and all our children, that’s what I want.”

Looking at the way these two women, once at odds, became allies provides insight into why Clinton ultimately emerged as the Democratic nominee: She built a career on winning over former rivals, critics, even enemies. Stories abound (and sometimes confound the left) of how Clinton befriended Republicans once she got to the Senate, even those who had backed her husband’s impeachment. In Michelle Obama, Clinton won over a former critic who would turn out to be the best character witness in a week designed to showcase what her political backbone is made of.

Bernie Sanders, too, counted himself among the converted: “I have known Hillary Clinton for 25 years,” he told the crowd in Philadelphia. “I served with her in the United States Senate and know her as a fierce advocate for the rights of children. Hillary Clinton will make an outstanding president, and I am proud to stand with her.” Even Sanders seemed to appreciate that the first woman president couldn’t be a cheerfully gruff, Brooklyn-born ideological firebrand—say, Bernice Sanders.

Michelle Obama’s convention speech also reminded us of the great debt Clinton owes to African-American women for her primary victory. A lifetime ago, in early June, Clinton claimed that victory with a moving video that paid homage to Shirley Chisholm, the first Democratic woman to run for president, back in 1972. At the 1984 convention, I covered a protest by black women leaders, led by now-Congresswoman Maxine Waters, because the party hadn’t bothered to consider Chisholm—or any black women—when they vetted and chose the first female vice-presidential nominee, Geraldine Ferraro. Sadly, this year again, no black woman was a serious VP contender.

Yet black women have assumed roles of enormous power in the party: Donna Brazile took over as acting chair of the Democratic National Committee from the embattled Debbie Wasserman Schultz, and Representative Marcia Fudge assumed Schultz’s role as convention chair. Clinton confidante Minyon Moore served as the convention’s “doorkeeper.” Since black women gave Clinton almost 85 percent of their votes in the primary, they turned out to be the doorkeepers to this nomination. This is their party now, and Shirley Chisholm would be proud.